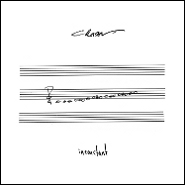 The Internet is an echo chamber of answer songs, but today’s answer songs are less likely to be challenges (along the lines of Roxanne Shante responding to U.T.F.O’s “Roxanne”) than they are collaborations, in which electronic musicians take each others’s work and transform it into something unexpected. Case in point is Inconstant, a single, 45-minute track composed by C. Reider out of the work of nine other musicians. The piece (MP3) is shadowy, far more antsy than its initial appearance of quietude might suggest, and also far denser. It is based on entries in the Constant series, which had musicians building simple drones that their creators felt could be played in the background for extended periods of time, even all day. The musicians whose work is consumed within Reider’s Inconstant are Mystified, Stephen Philips, Zen Potato, Ben Summers, Soul in Limbo, Tribe of Astronauts, C.P. McDill, Mystahr, and Jon 7. More details, including higher-quality compressed versions than the one linked to above, at archive.org, where Reider explains that the subtractive synthesis he applied to the pre-existing works yielded “a map of the freckles on the skin of the drone.”