As of this morning, uploaded 16 interviews to Disquiet.com, including what appears to be now the earliest interview on the site, one with Randy Greif, speaking in 1992 on the occasion of his reworkings of Alice in Wonderland (“The Mad Sampler”).

Also newly made available again are interviews with these musicians, in rough chronological order:

And, finally, the heads of six record labels, some of whom are also musicians. Seven, if you count Ninja Tune’s Matt Black, above, but then again, who doesn’t run a record label these days?

The publication dates associated with some of the articles are rough estimations. All these articles had been on Disquiet.com in the past, but had to be re-uploaded after the site was moved to WordPress on July 26, 2007 (disquiet.com). Previous to that, it had been, since December 1996, published in HTML by hand. Before that, material that later became Disquiet.com appeared on several generic URLs, hosted at places like “netcom” and “calweb.” Those were the days.

With these interviews up, the post-WordPress-upgrade cleanup is pretty much complete. There’s a backlog of small news items, which I’ll get to in the near future.

There are also older, and newer, interviews yet to be published here, including a brief Hank Roberts piece from 1988 or 1989. More to come.

Quote of the Week: Love in a Time of Reverse-Luddism

Love the machine, hate the factory.

Apparently that’s the motto of the magazine SteamPunk, according to Cory Doctorow, who takes it as the title for his column in volume 17 of the magazine Make (make-digital.com), out on newsstands March 10.

He elaborates: “The biggest appeal of steampunk is that it exalts the machine and disparages the mechanization of human creativity.” 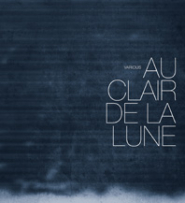 Subscribers to the Disquiet.com email newsletter next month will have a chance to win a copy of the two-CD set Au Clair de la Lune, courtesy of the label Infrequency. The album collects nine sound-art transformations of what’s been described as the earliest known recording of the human voice. The source material is the April 9, 1860, recording made by Ã‰douard-Léon Scott de Martinville. More information on the de Martinville discovery, including the raw audio, at firstsounds.org, and at disquiet.com and nytimes.com.

Instructions on how to subscribe to the Disquiet.com email newsletter appear on every page of this website, or you can visit the inelegant but fully functional interface at disquiet.textdriven.com. The newsletter is scheduled to be published on March 16, so try to subscribe by March 15.

Special thanks to Infrequency for providing this prize.

If there’s an enticing remoteness to the work on EARLabs 3, a new album-length collaboration between Jos Smolders, Christopher McFall, and Sasha Neudeck, perhaps credit goes to their working conditions. Living as the three do in entirely different cities and countries — respectively Tilburg, the Netherlands; Kansas City, U.S.A.; and Vienna, Austria — they opted to telecommute. And as if the distance wasn’t already enough of a factor in coloring their group effort, they also elected to do so one at a time, sharing files rather than performing together virtually.

The excerpt heard here (MP3) is an exercise in stunning silences and jarring interruptions, a work of spatial play — all intricate little noises positioned just so — that demands headphones but really plays best on a proper pair of speakers, in a room where the sounds can fill it and take over, like ghosts inhabiting an old building.

There are ghastly, dead winds that rotate slowly in the distance, and sudden sounds that signify something happening, and just as quickly disappear. There are what could be muffled calls for help, and quick edits that make it easy to lose one’s sense of time during the five-minute recording.

And what there is, foremost, is a balance between calm and tension. This is not music to relax to, nor is it the score to a slasher film. It’s an investigation, painstaking in its rectitude and attention to detail, that commands attention — attention to every brittle cue, every choking gasp, every abstract fragment.

The Index of Pulse! Magazine Comics

I was an editor at Pulse!, the music magazine, from 1989 through 1996 (and at its sister publication, Classical Pulse!). In 1992, I instituted the regular appearance of comics in the magazine, first with a series by Adrian Tomine, then with one by Justin Green, and ultimately (in 1993) with a back-page comic, known as the “Flipside,” which featured a different artist every month. When in 1996 I left Pulse! I continued, as a contributing editor at the magazine, to oversee the comics. Other folks took responsibility for working with Green over the years, and other comics were introduced on occasion; I continued to edit the “Flipside.”

This list presents an index of the comics that appeared in Pulse! between Tomine’s debut, in February 1992, and the magazine’s closure, after 19 years of continuous publication, in December 2002. I put these lists together hastily following the announcement, on November 7, 2002, of the cancellation of the magazine, so there may be a fact or two wrong. And I have yet to complete the list of, among other things, the comics Green contributed to the magazine, but I’ll have that done in the future.

This list was originally produced when I had a “comics blog,” ReadComicsInPublic.net, which I ran from September 2002 through October 2003. I may also, down the road, detail the subjects of the monthly strips, now that the list is housed on this website, Disquiet.com.

Many of the strips would be of interest to readers of Disquiet, including the Jon Lewis and Jason Lutes’s December 1993 collaborative work, which was about a kind of nightmare rave scenario; Damon Krukowski and Naomi Yang’s October 1994 collaboration, which was an homage to John Cage; Tom Hart’s March 1996 piece, which took Brian Eno, loosely, as its subject; and others. Matt Madden’s August 1995 piece is the focus of the essay “Home Decorating in the Age of Mechanical Reproduction,” one of the earliest long-form writings on this website, dating from 1996. And one of the Dylan Horrocks pieces listed here uses Arvo PÃ¤rt as a touchstone for an emotional period in the cartoonist’s life — just to touch on a some of the works below. Also, I wrote a few of the Justin Green comics listed here, including one on Philip Glass, and one about the ill-fated 8-track cassette tape. END_OF_DOCUMENT_TOKEN_TO_BE_REPLACED