Hydrophones, simply put, allow for the recording of sounds underwater. As John Burton, aka Leafcutter John, puts it: “this is reason enough to worship and adore them.” In advance of a tour he’s doing on a canal boat (with Lisa Knapp), he’s been perfecting his underwater-recording gear, which in the case of his handy hydrophone involves putting heavily waterproofed contact mics inside a sturdy device. “I went out and bought a hot-glue-gun for this bit,” he writes of his Make-worthy activities, “and it was worth it.” 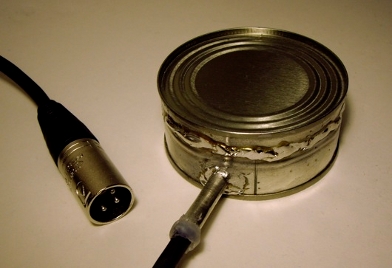 He’s provided four brief samples of his little water-music sports, including the “bathbomb” (MP3 — which, despite its thrilling name, is like a very close-up recording of rain), a brushed comb (MP3 — think of the world’s most tautly wound kalimba thumb piano), a rubber ducky (MP3 — all puckered up, and ready for cartoon activities), and “taps” (MP3 — by which he appears to mean not the military melody, but the spout out of which water flows). These four test recordings are each relatively short, so I’ve sewn them together here into one single listening experience: 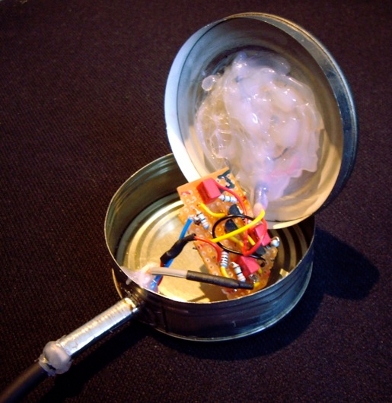 More on Burton/John and his hydrophonic experiments (with a full how-to on making your own hydrophone) at leafcutterjohn.com, and on his canal-tour partner, Lisa Knapp, at myspace.com/lisaknappmusic. Info on their tour, which began yesterday in London and continues through September 30, at guardian.co.uk.

2 thoughts on “Leafcutter John Dives Off the Deep End (MP3)”