This is one of several images from Paul Madonna‘s current art exhibit at Electric Works, a gallery in San Francisco. It was used for the show’s promotional postcards, and it’s also the cover of his new book, titled Album: 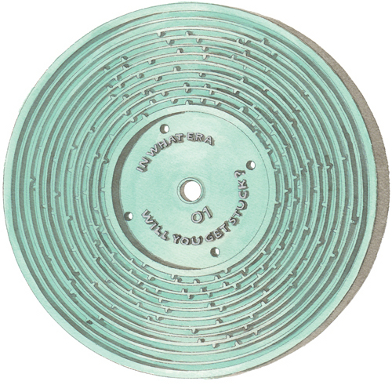 Images of old audio equipment are a staple of this collection of Madonna’s nostalgic paintings and drawings, which also include video games, novelty items, and other children’s toys. The overall tone lends some additional understanding to the feel of Madonna’s best-known work, the All Over Coffee series of drawings he contributes weekly to the San Francisco Chronicle, each depicting a different San Francisco street view, with an emphasis on its weathered architecture.

In the Electric Works exhibit, which is titled Album 01: In What Era Will You Get Stuck?, there are several pictures of record players, and one of an old computer disk, the latter tagged with a phrase that cements the exhibit’s approach: “Totally old school”: 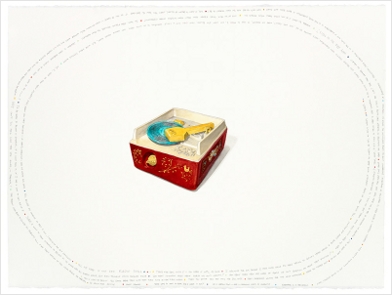 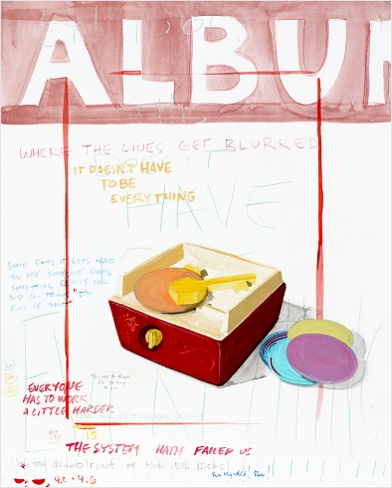 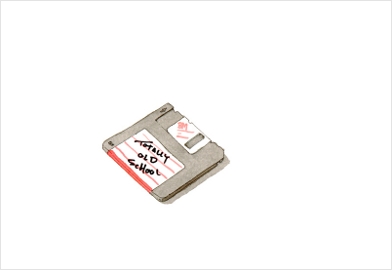 More at sfelectricworks.com and paulmadonna.com. The show runs through January 9, 2010.