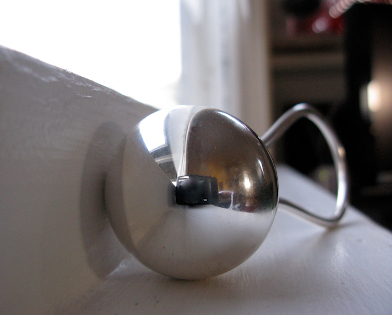 If bells are are a common and traditional means of ringing in a new year, then what better bell to symbolize the nascent promise of a brand new decade than the rudimentary bell that is a child’s rattle? That was the sound source for one of Marcus Fischer‘s little experiments as 2009 was coming to a close. Titled “Rattle + Hum,” it takes a silver rattle, a holiday gift, and runs it through some basic processes (MP3). As he summed it up in brief in a post at his website, unrecnow.com,

Because the track is barely a minute and a half in length, I strung it together four times in this stream below — even with the track’s fade-in and a fade-out, it makes for fine extended ringing.

The single silver rattle has its own bell-like tones (less hard metal, more soft undulations) exaggerated with echo and repetition. The granular synthesis mentioned in Fischer’s note means that small slivers of sound, “vertical” instances as brief as a millisecond, are used as raw material for the composition. Fischer likely utilized wide swaths of sound in his granulated effort, because it’s fully recognizable as a bell-like tone, even with all the processing.

Original post at unrecnow.com, from which the above photo is borrowed. 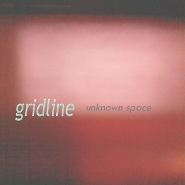 If there is a place where minimalist patterning ends and melody begins, it is embodied by two tracks on the album Unknown Space by Gridline, a new addition from Serbia to the great Bump Foot netlabel. The two tracks are titled “Forms 1” (MP3) and “Forms 2” (MP3), and as their titles suggest, they are experiments in form. In this case, form means beading pulses that come to constitute layers of small, globular sound objects. True to the act’s name, they suggest music as pattern, dots on a grid that pulse in (imagined) colors according to some internal logic that is never entirely made clear.

The rest of the album by Gridline (aka Predrag Grujic) makes it clear the extent to which these are, in fact, experiments. All the other tracks are much more recognizable as synthesized, pop-derived songs. It’s the refinement, simplicity, and resoluteness of the two “Forms” tracks that distinguishes them.

Get the full release at archive.org and bumpfoot.net. 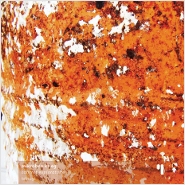 This extended sound journey by Mikroben Krieg (aka Nelson Brites) was apparently first broadcast on some local radio station in Portugal almost two years ago, and is only just now seeing proper Internet release, courtesy of the Test Tube netlabel. Titled Concret Exploratoire, it’s a single track that takes the form of a lengthy CGI sound trip (MP3). While it works as a composition, it works better as an imagined travelogue. It’s through-composed, in that there is little repetition, little sense of melodic or rhythmic development, over the course of the listening. Instead what there is is a series of scenes that make the most of stereo-spatial illusions. Sonar blips, distant rumbles, and close-at-hand sonic textures collude to suggest an environment. 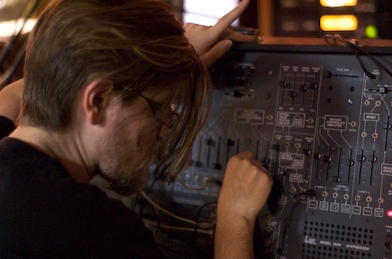 Retribution Body is Matt Azevedo, whose main instrument is an ancient analog synthesizer called the ARP. His performance practice, as evidenced by a recent live broadcast at rarefrequency.com (MP3), has at its core the drone, which is to say the often-ignored sound that is brought to the forefront of one’s listening experience through the employment of patience (active on the part of the musician, presumed on the part of the audience) and that closely related compositional constraint: a willfully limited palette. The Rare Frequency show is something of a tour of the ARP’s industrial-synthesis strengths, and also of Azevedo’s ability not only to coax rough sine waves from the machine, but to shape them over the course of half an hour into something of a sonic narrative, from near silence, through a variety of related wave forms (potent squigglies, rough squares, rich static).
[audio:http://www.rarefrequency.com/podcasts/Podcast_Spec_Ed_41_Retribution_Body.mp3|titles=”Live on Rare Frequency”|artists=Retribution Body (aka Matt Azevedo)]

More at rarefrequency.com (from which the above photo is borrowed) and retributionbody.com.

Images of the Week: What the Room Looks Like (Bruce Nauman)

These two photos accompanied the December 17 review in the New York Times of the Bruce Nauman exhibit currently on display at the Philadelphia Museum of Art: 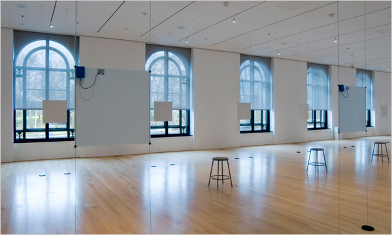 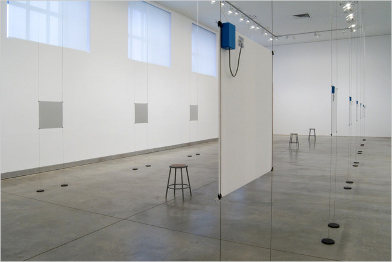 They show the rooms in which the exhibit’s two pieces, “Days” (bottom) and “Giorni” (top), are installed, and the text, by Times critic Roberta Smith, describes the sound as follows, at nytimes.com:

They are accidental choral works, reflective of Mr. Nauman’s interest in John Cage’s ideas about chance, it would seem, but also of the repeating musical structures of Philip Glass. Each consists of recordings of seven people reciting the days of the week and the equipment necessary to make them heard, either in English (“Days”) or Italian (“Giorni”). Both create corridors of sound and deliver epiphanies about time, space and humanity.

That’s just the start of a lengthy depiction of what one hears in the presence of “Days,” which is housed at the museum, and “Giorni,” which is at the museum’s Perelman Building annex.

It’s unfortunate that the websites of neither the paper nor the museum (exhibit details at philamuseum.org) take the opportunity to reproduce the sounds of the Nauman pieces. What’s unclear is whether this absence reflects an exalted or diminished role for sound in the institutional fine arts.

More questions are asked than answered by the circumstances. Are the images intended to stand alone, the silent rooms as a kind of sculpture? Is the sound more highly protected in regard to copyright concerns than the site in which they are presented? Was a decision made, by the artist or the paper or the museum, that a fixed stereo recording of the sound doesn’t do justice to the work? And if that’s the case, do the images do much service to the work? And even if such a decision was made, is it the correct one?

In the end, the question that seems most rhetorical is: Does the system by which fine-arts institutions regularly promote their works have too fine-tooled and routinized a routine for representing the visual but not an equally well-developed means for representing the audio?