Part 2/3: These are, to my ears, the 10 best music releases of 2009 posted to the Internet by musicians with the full expectation that listeners would download them for free:

As I’ve done for the past few years, I am singling out 10 free, legal downloads as my favorites. These are all selected from the 245 entries posted on Disquiet.com in its Downstream department during 2009 (up from around 220 in 2008, and out of a total of about 470-plus posts for the year).

To constrain the field, to make it knowable, this list is limited to recordings that are “of the web.”The following were not considered for inclusion: individual promotional tracks (and excerpts) posted from existing or forthcoming commercial albums (special “mixes”were considered for inclusion, as were situations in which entire commercial albums were made available for free download, as in “choose your price” scenarios in which zero is an accepted amount), downloads that were placed online for a stated limited period of time (like Monolake’s generous “download of the month”series at monolake.de), audio that is streaming-only (such as the ever-growing Other Minds catalog at archive.org), and dated archival material (work that would be considered a “reissue” in the commercial world, such as the majority of what is housed at ubu.com). Also not considered for inclusion were tracks whose links have subsequently gone offline. (An intelligent case has been made that there is no such thing as “streaming” — that all audio is downloaded, in that it is at some point resident on your computer. However, for the purposes of this list, the focus is music that is fully intended to be downloaded.)

I may have to reconsider in years to come, but not excluded from consideration were podcasts of original recordings that were first heard on radio broadcast; between the Phoning It In (phoningitin.net) series and the whole resonancefm.com service, just to name two examples, there’s too much fascinating music out there originating on the supposedly dying medium of radio — something special is happening at the overlap of FM and Internet.

Click through to each original Downstream entry for more information, and to the release’s source to get the tracks. These 10 are listed here in the chronological order in which they appeared on Disquiet.com. Given the fluid nature of publication, attribution, and collation on the Internet, I cannot be certain that these audio files first appeared online in 2009, but many if not all of them did. And if some of them are older than that, at least this mention might gain them a new audience. 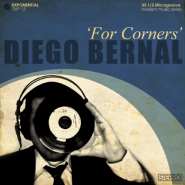 1. New Old School Hip-Hop: Nineteen tasty tracks built from snatches of melodrama and semi-forgotten pop make up For Corners, from San Antonio, Texas-based Diego Bernal (myspace.com/diegobernalmusic). This is truly old-school hip-hop, with loops shorter than a goldfish’s memory, and beats as taut as a piano wire. Much of it is crowd-pleasing party music, like the reconstituted disco of “Velcro Flow”and the cop-show braggadocio of “Bring It On Home.” But there’s plenty of subtlety here, like the swelling soul of “Fat Sal,”which brings to mind Luke Vibert’s Throbbing Pouch (recorded as Wagon Christ), and the ’80s b-boy celebration that is “MC Rakim Cool Kane and the DJ Furious Boyz Crew,”the title for which suggests much of the source material.

2. Bell, Bowl, and Mixer: The Touch Radio podcast took a break from its pure field-recording mode for a proper live performance, and what a performance it is. Recorded last December at the National Pantheon in Lisbon, Portugal, “Book of Hours”captures the intensely dense waves of sound resulting from a combination of bells, bowls, and glasses rung and struck, echoing in the depths of the Pantheon’s massive dome, and further expanded courtesy of what Touch describes as “space multi-channel diffusion and real-time processing.”The performers are Paulo Raposo on said processing, Carlos Santos on “glass and bell,”and JoÃ£o Silva on “crystal bowl.”

3. Serial Music — Serial as in Collaboration: The sound project Relay is neither a game of telephone nor a round of Exquisite Corpse, but it shares with both those formats a mode that emphasizes sequential sharing between individuals that leads to a kind of serial collaboration. Relay begins with an MP3 file, five and a half minutes in length, created by the act Chequerboard. Chequerboard, aka the Irish musician John Lambert (chequerboard.com), then passed the file to a subsequent musician, who in theory and practice took ideas and sounds from the previous work and made a new work out of them. That subsequent piece is then sent on to yet another musician, and so on. All the entries in Relay benefit from detailed explanatory notes written by the individual who created the music. Lambert’s gambit, his piece that got the process rolling, is an imagined tour of a gallery space. His footsteps mark the path, while individual sounds — sampled separately from around the gallery — are dropped in, and slowly a musical passage enters, making the work less of a documentary, and more of a melodic musique-concrete. Subsequent participants include Jimmy Behan, Locsil, Hulk, Polly Fibre, Pierre Bastien, Bibio, and Sunken Foal.

4. String Quartet for Four Turntables: Raz Mesinai’s technologically mediated chamber music work “String Quartet for Four Turntables”is a shifting, elegiac piece that plays with the textures and tenets of classical music. The instrumentation is the standard: two violins, one viola, one cello. But if the individual parts appear to have a subtle yet clearly discernible give, that’s because the performers are not playing in tandem, at least not literally. Mesinai composed the quartet and recorded it, but he produced a separate 12” LP for each of the four parts, and then manipulated them as a group on a set of turntables.

5. Truly Gloomy Sunday: When Alan Morse Davies slows down pre-existing music, he finds entirely new music buried in the original. His version of the standard “Gloomy Sunday”takes an already downbeat affair, and then turns it into something worthy of a silent movie’s score — the very intersection of melodrama and expressionism. Most of the elements here are recognizable yet transformed, the strings a miasma of dread, the backing vocals a suffocating threat, the lead vocal something Gothic and right out of Bauhaus. The original was reportedly the version by Paul Whiteman with Johnny Hauser, from 1936. 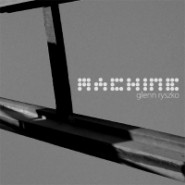 6. Percussive Drones: Six drones comprise Glenn Ryszko‘s album Machine (on the Resting Bell netlabel), but they’re only drones in a very general sense. There is texture, percussion, and even form — yes, form, the seeming antithesis of drone-craft — inherent in these works. Take the fourth track (“Machine 004” — that’s how they’re all titled, just the number changing, like pieces moving off an assembly line), for example: There’s a lazy sway to its thick warble; it moves like a sine wave doubling as a kid’s swing set on a hot summer day. But this drone, even at just under three minutes, doesn’t merely stick to that. In time, a higher-pitched tone enters, like a distant prayer bell — and the piece’s fadeout is so slow, that it’s not merely a matter of closure; it’s akin to narrative, as each constituent sound slowly disappears. 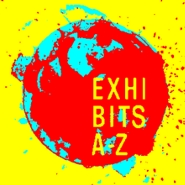 7. Beats at the Exhibition: Long-running Disquiet.com favorite WHY?Arcka (aka Philadelphia-based Shawn Kelly) has been uploading a beat a week over at his arckatron.bandcamp.com base of operations. It’s all part of his Exhibits A ”“ Z project, which as of this writing has hit R. His foundation is hip-hop, but there’s an emphasis on atmosphere on some of the tracks suggests an abstract take on contemporary r&b. Listening to a great WHY?Arcka beat is like watching an expert dealer move cards around a table — he plays your senses against your expectations, with a seeming effortlessness that never fails to yield surprise.

8. Down Under the Tube Station After Midnight: How many field-recording enthusiasts does it take to get a cello through a London manhole? Who cares? What’s important is that they succeeded. The “they”in question was shepherded by radio producer Bruno Rinvolucri, whose Tunnel Vision series from resonancefm.com offered up an ongoing tour of London’s literal underworld this year. For the September 15 edition, he was joined by percussionist Gabriel Humberstone and cellist Ute Kanngiesser. For another, he traveled with guitarist Sammie Joplin. Each episode mixes conversation and documentary recording to evocative effect.

9. Haunting Liz Harris (Grouper) Live: The Phoning It In podcast show, based at KDVS FM in Davis, California (where I had a radio show many years ago), takes a live performance and flows it through one of the great lofi filters of our time: an ordinary phone line. An August set by Liz Harris (aka Grouper) moves steadily from feedback-laden irritants through soft elementary minimalism to its true sweet spot, a rough-hewn, moody shoegazer pop, thick with distorted chamber arrangements and haunting vocals 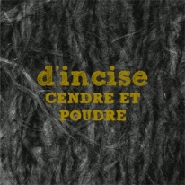 10. Cranking Up the Bone Machine: The sounds on D’incise’s Cendre et Poudre are as precise and brittle as his explanatory note is poetic and image-laden. The record sounds like a version of that hardscrabble aesthetic once described as “bone machine”music by Tom Waits. It’s all rusty metal and clanging springs and bouncing objects and other slowly shuffled ephemera, all fixed in a soundfield against a backdrop of noise, the noise of the lightly brushed surface of a microphone. Among the highlights is the opening track, “Achever la Page Ã  Tourner”(roughly “Complete Page to Turn”). Throughout there is the sense of digital processing, but it is no more in the foreground than that surface noise; it’s merely the equivalent of a digital breeze rattling D’incise’s chimes.