Quote of the Week: What Is and Isn’t Repertoire

From an interview with Robert Carl, author of Terry Riley’s In C (Oxford Press, 2009):

I think there’s a subtle but a real difference, though, between the repertoire and In C. In C has an open instrumentation and an open duration. And as a consequence of the kind of accordion structure it has, where it can expand or contract, the relationships between the modules are also different from performance to performance, even though the sequence always remains the same. Every time someone decides to perform it, every time someone decides to record it, it’s a new version, maybe a new realization. Maybe we should be using the word realization instead of interpretation, because interpretation suggests a 19th-century ideal of a score which is a fixed artifact that one is supposed to realize as close as possible to the text. But with In C, you can only get so close and then like a magnet you bounce off it.

The distinction is an interesting one, and from reading the interview, it’s clear that Carl is no dogmatist. He’s not making a stark distinction here that he’ll then defend to the hilt. He’s pointing out, in his word, the subtle distinction between what is understood to be “repertoire” and what Riley’s In C proved to be. This is a distinction between works whose depiction in standard musical notation is fairly fixed, and those works, such as Riley’s, that are fluid, in that they depend as much if not more on instructions/procedures as on musical notes. The score for In C, for example, if half notation (53 short melodic segments) and half “Performing Directions” (including such ambiguous koans as “If for some reason a pattern can’t be played, the performer should omit it and go on”).

In complimenting several renditions of In C that he thinks are particularly successful, Carl says, “For me, I like the works that take off from it and actually make truly new pieces, but that’s just my taste.”

The full interview, conducted by Frank J. Oteri, appears at newmusicbox.org. The full score of In C is available for free download at otherminds.org: PDF. 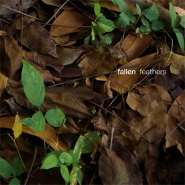 In a traditional symphonic orchestra, the first and second violin are two different instruments played by two different people, and there’s a clear hierarchy between them.

In electronically enhanced music, music that automates group effort through software, the second violin — as well as the third, fourth, and nth violin — is a replica of the first violin, after the first has been transformed by some sort of algorithm. Thea Farhadian, the accomplished violinist, has posted a variety of such improvisations for violin and electronics, the most recent of which dates from last year and features processing by Tom Bickley, who implemented it in the popular Max/MSP software environment.

When the piece begins (MP3), we heard Farhadian’s sonorous violin playing a thin line that has a Gypsy feel and a slow, considered pace. Shortly after the start, a repetition enters in, doubling the sound.

The second violin is quieter than the first, but also recognizably similar. At first it sounds like a simple echo. And then the second line veers away — the moment is jarring, the sonic equivalent of watching someone’s shadow suddenly decide to do its own thing.

And then Bickley’s processing really kicks in. There is rattling and flickering, there is whirring and buzzing, and there are squeaky exaggerations that repeat what Farhadian plays as if showing it reflected in a funhouse mirror.

What makes the increasingly brusque variations work is that they’re rooted in the familiar, unmodified violin. Which is to say, in the end, the relation between first and second violin here isn’t particularly less hierarchical than in a symphony orchestra.

More on Farhadian at theafarhadian.com. 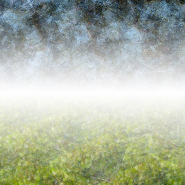 If you stand on East 1st Street in Manhattan these days, just below 2nd Avenue, you might hear the sounds of Beverly Hills. It might sound like someone’s taking a pee, or you might hear geographically inappropriate birds — you might hear traffic, even when the street is free of it. And you might hear that most emblematic of Los Angeleno sounds: the mechanistic noise of a leaf blower. The sounds emanate from a storefront gallery at 34 East 1st Street. That’s the home of the gallery Audio Visual Arts. Between noon and 6pm from Thursday through Sunday each week, there’s a small speaker outside the gallery that plays Exterior Sounds.

Exterior Sounds is the self-explanatory name of an ongoing series of installations. The latest such sonic installation is by Scott Sherk, head of the art department at Muhlenberg College in Allentown, Pennsylvania. Sherk’s exhibit takes the equally self-explanatory title “23 Fountains of Beverly Hills.” It consists of brief segments of audio recorded at water fountains in the famed Los Angeles neighborhood. (The audio has been made available for a broader audience by the netlabel stasisfield.com: MP3.)

The sound in Sherk’s piece isn’t just of fountains — or of leaf blowers. Listen carefully, and you’ll hear voices, cars (there’s an especially fine moment when the white-noise rush of traffic is supplemented by the electronic ping of a truck backing up), footsteps, even what sounds like Frank Sinatra singing from someone’s nearby stereo.

If field recording is like photography, then the manner in which a photographer frames reality within the rectangle of an image provides a model for how a field recordist — or, to use a term gaining favor, a phonographer — frames the sound of the world captured on a recording device. In Sherk’s “23 Fountains of Beverly Hills” that framing comes in several forms. As with any field recordings the frame is primarily a matter of when a track begins and when it ends — that is to say, what sonic document of the real world is determined to be of sufficient value to be culled and presented to an audience. It’s an example of curation as art production.

Sherk’s effort here includes additional acts of framing. There is the bite-sized nature of those 23 fountains, each heard in its own brief segment. Then there is the piece’s title, which can be read as ironic, but needn’t be. And then, in Manhattan’s East Village, at the AVA storefront (pictured below), there is the physical context: the experience of a listener standing in one urban environment but hearing another. 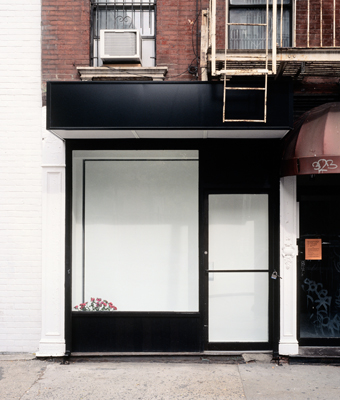 More information at the website of Audio Visual Arts, audiovisualarts.org, from which the above photo is borrowed. “23 Fountains of Beverly Hills” runs through February 5, 2010; it opened on January 15. More on Sherk at thethirdbarn.org.