oVdk & Bunk Data: Discourse of the Other (MP3s) 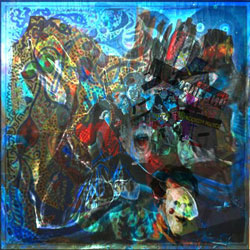