Another treasure from ubu.com: the 1993 album by Bernhard Günter, Un Peu de Neige Salie. Well, four of the original album’s five tracks, judging by various discographic reference sources. Günter is a major micro-sonicist, and these tracks exemplify his detail-oriented approach, even if one of them is, by his own explanation, a real career anomaly. It is also a very early example of glitch, the sound of microscopic error, a sound that was arguably to then-nascent electronic music what the blue note was to jazz.

The piece is the one with which the album opens, “Untitled I/92”; it is, in its composer’s own words, “the only work using synthesized sounds I have ever released” (MP3).

And it’s not just for historical reasons that the track is required listening. It is metronomically glitchy, drawing the ear in with ever so minute sounds. These little aural pin pricks set down the barest of rhythms, only to be upset by sudden shuddering — even giving in, somehow being subsumed by, a sound that by all measure save experience is even tinier still. It’s a high-pitched, dogs-worst-friend whine that’s filament thin and all the more compelling, attention-grabbing, for its near-non-existence. In the end, it’s like some figment particle fixated on by a sleep-deprived physicist.

Get the full set at ubu.com. More on Günter at myspace.com/bernhardguenter.

Major congrats to Philly-based outward-bound hip-hop and soul-cutup producer WHY?Arcka, aka Shawn Kelly, who has completed his 26-track series of free downloads, Exhibits A – Z, which he launched last year at arckatron.bandcamp.com.

Each entry in the Exhibits series takes a few brief snippets of familiar songs and creates something new out of these little bits of horns and voice, drums and strings, beats and bass. He’s chosen to close the run with “IHT/Goodbye,” a tribute to Black Moses himself, Isaac Hayes:

The track invents a heavy back beat where there wasn’t one, and introduces a funky counterpoint by layering and juxtaposing material that was originally heard in an entirely different sequence. Not short on aspirations himself, Kelly pays tribute to Hayes’s affection for suites by cutting short the track close to the end and taking it an entirely different, loungey, downtempo direction.

Track originally posted at arckatron.bandcamp.com. Again, congrats to WHY?Arcka. Can’t wait to hear what he comes up with next. 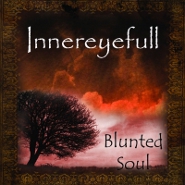 The Unrecognizable Now have, of late, been up to their ambient-leaning, post-rock tricks (or perhaps it’s post-rock”“leaning, ambient tricks) in a recording studio, and are sharing some of what they’ve come up with. A recent track, posted an Unrec member Marc Fischer‘s unrecnow.com/dust blog, is five-plus minutes of what could be an early Terry Riley exploration of oceanic rhythms or, in more contemporary terms, a Tortoise practice in dronescaping (MP3). Despite the willfully fluid format of the music, there is a compositional quality to it, how nodes of harmonic specificity come to overlap, and how little rifflets suggest development that has aspirations to be as melodic as it is tonal.

More on the duo of Fischer and his partner, Matt Jones, who perform as Unrecognizable Now with live visuals by Rob Tyler, at myspace.com/unrecognizablenow, and at unrecnow.com, from which the below image is borrowed.