One Night in Geneva (MP3)

Katja Rupp is a composer and sound designer living and working in Geneva, Switzerland, where she provides audio for commercial video. But in the age of inexpensive HD, the divide between roles is becoming less and less strict. 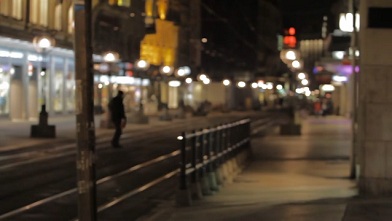 One night, she wandered her city with a brand new video camera, a Canon 7D, capturing in the dim light the pace of traffic, the lingering couples, the chance encounters, and the various establishments, both open and closed. 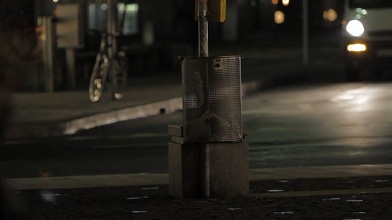 The next morning she put back on her primary hat, and composed this splendid electronic backing audio for the video — emerging from snatches of feedback come elegant pulses and subtle percussion that perfectly capture the aura of an urban enclave when it’s experiencing an enticing lull:

While the audio stands on its own, the full video is available, too. Much as there’s no surprise, based on the score, that she lists James Newtown Howard and David Holmes among her favorite composers, there’s also no small hint of her favorite movie directors, who include Steven Soderbergh, Wong Kar-wai, and Ridley Scott.

More on Rupp at katapulse.com. Original audio at soundcloud.com/katapulse. Original video at vimeo.com.