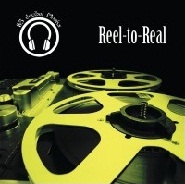 More great super old-school instrumental hip-hop from the dustedwax.org netlabel — or as the liner notes to the set in question, the 85 Decibel Monks EP Reel to Real, call it: “phat minimalistic.” These are straightforward, layered tracks of beats, effects, and samples, none of them any more dense than the average classic Run-DMC single, but each with its own spin. Take, for example, the distant horn bits that slowly echo and accrue on “Digging for Rocks” (MP3), one of the album’s finest tracks. That horn appears well into the song, following an elephantine beat that emphasizes its own swollen cadence, and some turntablist maneuvers that slowly veer into something resembling nascent techno. At first the horn is little more than a filigree, a tidy little sample that appears on schedule. But in time it becomes more prominent in the mix, the sample increasing in volume and length, summoning up the presence of a proper jazz solo, but doing so using the techniques and self-imposed constraints of hip-hop — which is to say, employing pre-recorded material in a manner that is nonetheless vibrant and suggests compositional development.

Get the full set at dustedwax.org. 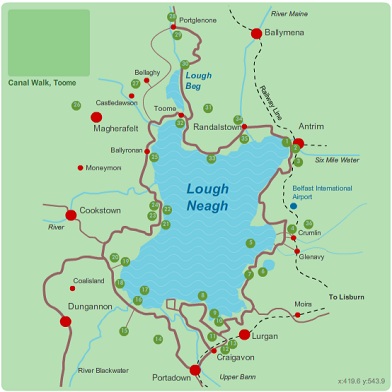 Perhaps it’s a conscious effort in distributing music via social networks and alternate channels, but the pattern of late for the Touch Music podcast has involved the descriptive text (along with the podcast itself) appearing in its RSS feed well in advance of the material popping up on its touchradio.org.uk website. This time around, the material also surfaced on Twitter, at twitter.com/touchmusic, with no sign at touchradio.org.uk, at least not yet.

The file in question, the 53rd in the podcast series, is the work of Dr. Tom Lawrence, who documented sounds at Lough Neagh, which is described as “the largest water-mass in the British Isles” (MP3). Lawrence uses hydrophones and contact microphones, along with other equipment, to capture the audio around, above, and deep within the lough.

The descriptive text runs as follows:

During 2008/9 while working as a sound recordist for BBC Radio 4 Natural History Unit, sound recordist and composer Dr. Tom Lawrence spent six months recording and documenting the sounds above and below the waves of Lough Neagh, the largest water-mass in the British Isles. This programme is a compelling audio-log of those recordings, featuring breath-taking underwater sounds of beetles, frogs, eels, fish and other life. The programme also presents sounds above the water including migratory birds, industry and evocative soundscapes of forestry and the elements. Recorded and produced by Tom Lawrence Equipment: SQN Mixer, DPA Hydrophone, DPA omni-directional mics, SD702 recorder, Sennheiser M-S rig, Neuman 82, contact mics (piezos).

You’d never know from the audio that Lawrence recorded that the area is, as he puts it, “incredibly industrial.” Alternating with the audio itself, he describes the effort required to gain “a few hours every week” when the mechanical presence was subdued enough for him to capture the non-man-made environment. Neither his description of the environs nor of his effort itself are evident in the pristine wonder of what he has recorded — all bird calls and the quiet motion of water, a postcard augmented by his equally placid narrative. It all just goes to show that audio recording is no more or less real, or true, or free of bias or of authorial intent than are photographic images — Lawrence excels at what he does because he managed to record what he sought out to record, to select and to frame.

More on Lough Neagh at discoverloughneagh.com, from which the above map is borrowed. 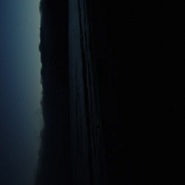 “Morning Island” is the title of one of two 2004 tracks by Souns recently “unearthed” and posted as part of the Panospria netlabel’s ever-expanding catalog of freely downloadable music. The track (MP3) was taped live during a performance at the Shambhala Music Festival in Nelson, British Columbia. Souns lists the equipment used as “DJ mixer, 2 CDJ-1000s with pre-prepared CDs, a Line-6 loop pedal, DD66 delay, and a microphone.” The track takes raw field recordings (surf, bird calls, small rough noises) and gossamer synthesis into a gentle blend. The real-world noise serves as a sort of backdrop to the generated sounds, though sometimes foreground and background are reversed. The bird calls stand in textural contrast to the slow undulations and ring tones, yet at the same time, their looping (whether by nature, or software) finds a common ground with the man-made elements heard here — a certain dependability, a certain rote-ness, a certain comfortable lassitude.

Get the full release at notype.com.

What a difference five years make. Back in 2005, Spanish musician Mikel MartÃ­nez released Spring Is Coming Soon, under the name AitÃ¤nna77. The album was a delirious little seasonal daydream — at the time I noted its unique intersection: “all the elegance of classic minimalism and all the presence of an early-1970s singer-songwriter album.” Come 2010, there’s a new AitÃ¤nna77 EP, titled The Last Summer Days, and the songwriter in MartÃ­nez has largely trumped the minimalist. Three of the EP’s four songs are just that: proper, if willfully inexpertly performed, songs, dense with folk-rock haze and sung in a voice with quavering hesitance. The title track (MP3) has a vocal, but it’s sparse and buried — the extent to which it is echoed could easily be described as wild, but in fact it’s mellow to the core, just one more element in the rapturous production miasma. From the opening bristle, a children’s toy by all appearance, “The Last Summer Days” is an ecstatic exercise in lushness for lushness’s sake — a lushness that prevails because of, not in spite of, its lo-fi-ness.

Get the full release at monocromatica.com/netlabel. Related: the review of Spring Is Coming Soon (disquiet.com), and news of a sound-art project in which I employed AitÃ¤nna77’s music (disquiet.com).