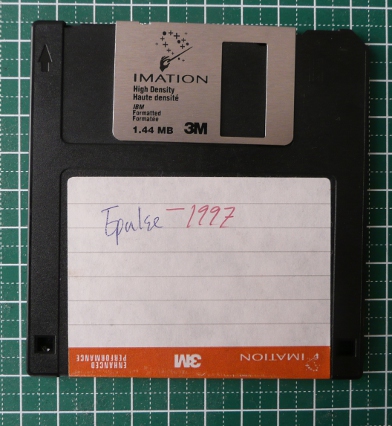 A package arrived in the mail recently containing the above artifact, a floppy disk labeled “epulse 1997.” It contained most of the issues of epulse published that year. Epulse was a zine I founded in 1994 at Tower Records, where I was an editor from 1989 through 1996. I left the company in 1996 to join Citysearch.com, and continued writing freelance for the magazines (in addition to epulse, there was the flagship, Pulse!, and a magazine I co-founded, Classical Pulse!). Epulse, somewhat advanced for its time, was published only via email: 1997 was its third full year of existence, and it ran through 2002.

Anyhow, I flipped through the issues and located seven stories I’d written that hadn’t yet been archived here at Disquiet.com, so here they are, all from 1997, reviews of: (1) a split single by Asian Dub Foundation and Atari Teenage Riot, (2) a soundtrack album of work by Toru Takemitsu (Woman in the Dunes), (3) a Chicago Hope episode that nodded heavily, and self-consciously, in the direction of Dennis Potter, (4) a single by early Rephlex artist Kiyoshi Izumi, (5) an album (Sci-Fi Cafe) of sci-fi theme covers including Loop Guru doing Star Trek and Electric Skychurch doing a Brian Eno track from Dune, (6) Gianluigi Trovesi Octet‘s album Les Hommes Armes (on Soul Note: “trad jazz elements … fused with electronic noise”), and (7) a reissue of the David Foster Wallace and Mark Costello book Signifying Rappers (Ecco).

Thanks for the disk go to Jason Verlinde (of fretboardjournal.com), who took over the editing of epulse when I left the company (years later I took it back on as a freelance project). 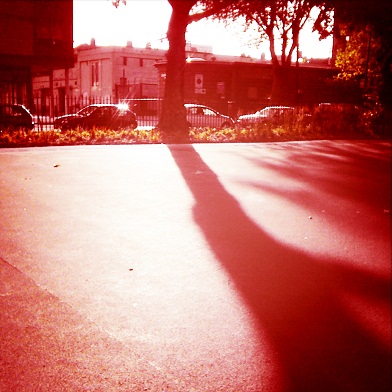 A car honks twice, and then what follows is an inundation of descriptions of a grisly automobile accident that has taken the life of a loved one, as well as of the detached bystanders who snap mobile-phone pictures of the splattered corpse.

A rector talks at length about the intense, the unknowably demanding, emotional requisites of his funeral work, and as his measured tones come to a halt, church bells seem to ring out in the distance, muffled by solemnity and space — and, no doubt, by some manner of digital processing.

The processing is courtesy of Scanner (aka Robin Rimbaud), who produced the work, titled “Sighs, Wonders,” with writer Sukhdev Sandhu on a commission from the Spitalfields Festival London earlier this year. Two versions are available for free online. There’s a nearly 20-minute “instrumental” take (albeit with a few brief spoken passages) he posted yesterday:

And there’s a shorter excerpt (MP3), about half that length, at the website of the sponsoring festival:

Scanner and Sandhu previously collaborated on the hypertextual “nocturnal journal” nighthaunts.org.uk, with visuals by the digital studio Mind Unit. For “Sighs, Wonders” they again plumb matters of urbanism and mortality. As Scanner’s characteristic ambience unfolds, voices are heard intoning about the history of the land, matters of flesh and spirit, of “Roman bones” and “paupers’ bones” and everything in between.

Scanner’s early career involved using words he snatched from the ether (hence his name), the candid words of others unwittingly sewn into his sound art, but he also works with dramatic efforts, such as these texts. In one of the many “Sighs, Wonders” spoken bits, the following is uttered:

“For the upscale slummer, it’s a peepshow picturesque. For the missionary, it’s a chance to play imperial redeemer, tamer of beasts, a human chandelier radiating the darkness.”

Sandhu could be speaking of the unwashed masses of an urban setting. Or he could be speaking, more self-consciously, of the tension inherent in Scanner’s practice. The instrumental version of “Sighs, Wonders” is a lovely thing, a mix of moody synthesized noise and occasional field recordings, punctuated by brief utterances. The spoken version, naturally, brings the narrative concerns to the fore. The rector’s words are spoken not by Sandhu but by an actual local Shoreditch rector, whose presence blurs the space between documented and constructed reality. (Such a quintessentially British place name, Shoreditch, the sort of deeply mundane, semi-oxymoronic term that had it not existed, surely China Miéville would have created it for one of his novels.) We experience the piece (in either its instrumental or verbalized editions) simultaneously as a virtuous art, and as an archive of deterioration.

The instrumental track is at soundcloud.com/scanner (from which the above photo is taken). The track with extended vocals is at spitalfieldsfestival.org.uk. Scanner announced the instrumental’s availability at twitter.com/robinrimbaud and facebook.com/scannerdot. More on Scanner at scannerdot.com.

All field recordings are alien, even the most familiar. A close-up recording of a bug or an ice cube has sonic resonances, inherent threat, surprise facets, that are utterly apart from daily experience. To bring a microphone close to something is to witness it at an unprecedented level of detail, and to listen to it closely is to hear things that one simply doesn’t associate with the object at hand.

This is no less true of environments than of objects. As an experiment, record your daily commute and listen back to it later; you’ll be astounded by the sounds you hadn’t noticed. In many ways, the more familiar the place or object recorded, the more dissociated the experience, because as time passes we take sound for granted; we listen through the familiar, and our ears focus on the occasional unfamiliar. 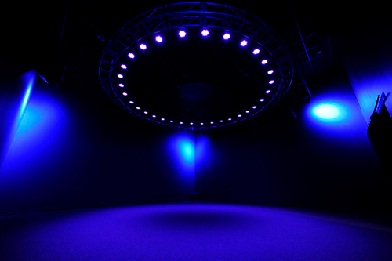 Stephen Vitiello, the musician and sound artist, frequently employs field recordings in his work, both sonic and visual. For an exhibit earlier this year at the Davis Museum and Cultural Center in Wellesley, Massachusetts, he took sounds from three diverse locales — “Australian outback, the Canadian wilderness, and New York City’s streets,” according to the museum, as well as “Virginia marshes” according to a story in the local newspaper — and created an installation score that is all of those places and none of them. Elements of the real world are ever-present, from rough noise to ambiguous jangling to industrial whines to what may be moving water andor traffic, but they’re less snapshots or documentation than they are just that: elements, parts of a whole given meaning through manipulation and context. The work is a collage lent a semblance of constancy thanks to what appear to be added effects, tones like those from a dying organ, and whirring buzzing like the sound design of a science-fiction film.

The idea of sound design is central to the score, because it served as part of an immersive environment, titled “Something Like Fireworks.” The Vitiello music was composed to be played in a lit space designed by artist Jeremy Choate (see the photo above). Theirs is a staged place, an unreal place, a fictional reality created by artists.

Images of the Week: The LP as Art 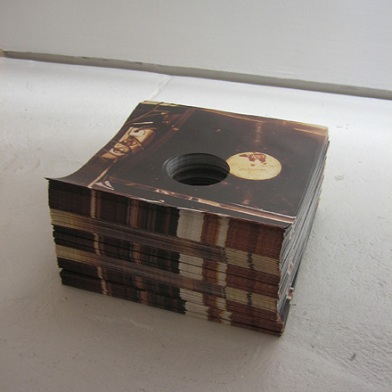 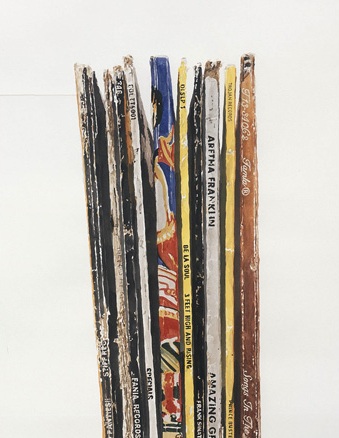 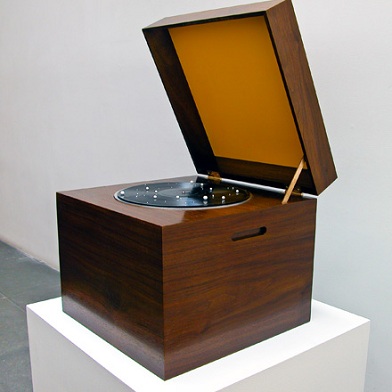 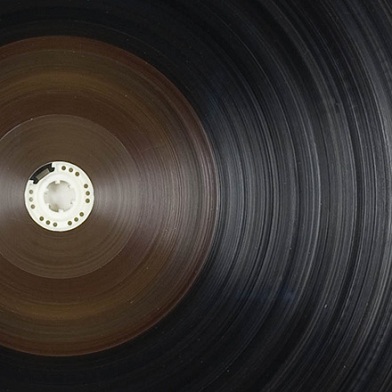 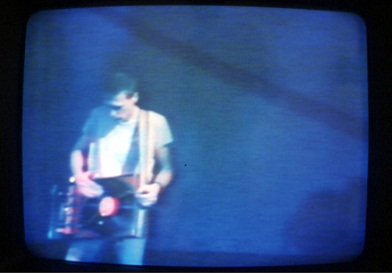