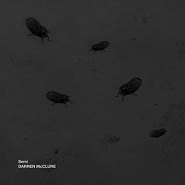 More cicada music, to follow up a Twitter comment this past week, and to lead into something this coming week (check back Tuesday, February 15). This is a piece by Darren McClure, and it was released recently on the netlabel Impulsive Habitat. It’s built from the sounds of cicadas, perhaps the greatest muse in the insect world for electronic musicians, because their sound is so redolent of near-sentient automatons. It is both alive and robotic, natural and yet, at its core, a kind of device. The cicada is nature’s vuvuzela. And before learning more about how McClure constructed the track, give it a listen (MP3):

As McClure describes it, this is, to a great degree, merely a recording — albeit a fine one — of the intense insect chatter in his garden, documented in late August. As he describes the scene,

The summer had been especially hot, and the sound of cicadas in the trees was really overpowering at times. From absolute silence, their sounds would suddenly emerge and escalate, before returning to silence again.

But while that is the source material, McClure has made some adjustments, and though the adjustments are minor, their impact is significant. What’s he’s done is create a filter, so at first all we hear is the the most trebly register, the one that the cicada’s shrill noise inhabits. The process is called, naturally, a “high pass filter,” and what happens is that the rest of the world disappears; at first, all we hear is the cicada. Then, slowly, by reducing the impact of the filter, the world begins to bleed back in. Writes McClure:

The recording is untreated, except for some filtering: the first few minutes have a high pass filter so that only the cicada sounds are allowed. Gradually, over the course of the recording, I filtered in the rest of the lower frequencies, so the street ambiance slowly bleeds in and the full sonic picture comes into view. During the final seven minutes, the cicadas cease to be heard and only that street ambiance remain.

The result is a kind of additive synthesis (or, perhaps more to the point, a reverse-subtractive synthesis), and reminds me of one of the earlier Aaron Ximm tracks I fell for, titled “Calisthenic”, which Ximm described as follows:

An exercise in negative space. Composed almost entirely from a single moment in a very short source recording, this piece was created using a sculptural process in reverse: starting from almost nothing, everything is added back, a little at a time.

McClure and Ximm take a similar approach, but the results are different, for various reasons. For one, their filters differ. For another, Ximm’s aim seems to have been to find the abstraction in the everyday, to find the esoteric in the world around us. McClure has his own lesson embedded in his track, but it’s a different one — and to be clear, I’m attributing an interpretation to both tracks, my interpretation. In the case of McClure, by employing the filter, he’s showing us how our ears themselves learn to block out noises. Country folk who visit the city complain about the noises: the cars, to horns, the people. But the reverse is true. As a lifelong city mouse, I find the insect noise of a camping trip too much to handle, like a premonition of debilitating tinnitus. Anyone who lives amid that noise (and suburban insect noise can be just as loud as rural insect noise) becomes accustomed to it. By the end of McClure’s track, we have all, in effect, adjusted to the noise, to treat it as a backdrop that verges on the unheard, despite its virulent presence.

More information, including details about the cicada’s sexual proclivities and sonic properties, at the releasing netlabel, impulsivehabitat.com.

One thought on “The Cicada Is Nature’s Vuvuzela”