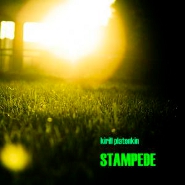 It’s not uncommon that the initial release from a new netlabel is by the musician who founded the netlabel. It was the case with recently with Davin Sarno’s Absence of Wax, and with Dave Seidel’s mysterybear, and is now with Tukuringra (tukuringra.wordpress.com), which the Russian musician Kirill Platonkin named after a mountain range in northern part of the eastern region known as Amur. In a brief liner note, Platonkin compares the new release with his earlier Our Eternal Alarm, which appeared last year on the Dark Winter netlabel. Platonkin says that Stampede, the new album, is, like its predecessor, “of drone ambient style with field recordings,” but this time around, as he puts it, “Alarm turns to action.” Given the stoic content of Stampede, an eerie stasis that brings to mind the permafrost of Platonkin’s home region, it’s clear that “action” is a relative term in the region of music called drone.

Stampede is three tracks of extended length, ranging between eleven minutes and close to half an hour. Each (“Halo,” “Volatilization,” and the title track) varies widely once it gets going. At any instant, a Stampede track will seem static, but from a 35,000 foot view, it is as varied as could be. The title piece, for example, opens with a buzzy orchestral effect and closes with a choral one, complete with doomy bells, but in between there are shifting scenes of glistening chiming and haunting whorls. The accomplishment is Platonkin’s ease at moving between these scenes without ever letting a seam show.

Get the full set of three MP3s at tukuringra.wordpress.com. (They’re packaged in a way that doesn’t allow for streaming here.) 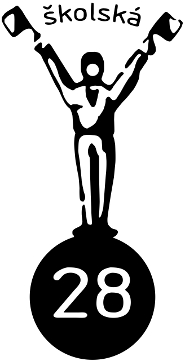 There are countless forms of musical collaboration, and one of the most intimate would be the situation when one musician processes, live, the sounds of another. Such activities date back at least as early as Brian Eno’s role during live performances by Roxy Music, and today flower in the realms of microsound and the electronic fringes of free improvisation. To take one musician’s sonic emissions and, as they occur, reshape them is something akin to being a live-action dramaturge: interpreting in real time. Back in November of last year, British musician Simon Whetham, who has a specialization in field recordings, was preparing a performance at the adventurous Prague gallery Å kolskÃ¡ 28. Scheduling and shared interests put him in touch, thanks to the gallery’s director, MiloÅ¡ VojtÄ›chovskÃ½, with Michael Delia, a U.S. musician who resides at times in the city. Their performance, which was recorded and later made available for free download as an MP3 file, involves Delia on various unspecified instruments and Wethem on field recordings and the processing of Delia’s efforts.

The performance is both earthly and spectral, the sounds modest and rudimentary, but their effect often ghostly and otherworldly, little tinkling utterances turned into suggestions of visitation. Whetham’s processing provides the fulcrum of these two extremes, as he takes Delia’s small sounds and abstracts from them fluttering, echoing extrapolations, which for all their inspired interpretation are still appropriately modest in scope. At the best moments, it’s as if Whetham is finishing Delia’s sentences.

More on the performance, which took place November 20, 2010, at cronicaelectronica.org. Performance announcement at skolska28.cz. More on Delia, though the site seems out of date, at mad.lemurie.cz. More on Whetham at simonwhetham.co.uk.

The Overture-ness of Tape Splicing (MP3) 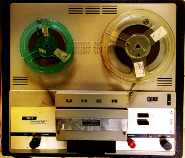 Whether or not one can judge a book or an album by its cover, we are, as listeners on the web, often left to categorize a recording of abstract sound by its tags. In the case of the rudimentary titled “Tape (Mix 3),” these tags would be “cassettes,” “tape,” “cut,” “paste,” collage,” “recorder,” “free,” “abstract,” “tapes,” “machine,” “voices,” “machines,” and, most curiously by far, “grandpa,” in addition to the last name of the musician responsible for it, Michael Banabila of Rotterdam in the Netherlands. The tags were applied to the track when Banabila made it publicly accessible, and they make certain things clear: this is a tape-splice endeavor, with abstraction as its goal. Small bits of sound are cut and pasted like letters on a ransom note. The result is, indeed, a collage, one in which voices, among other things, are heard in layers. Despite a predilection for abstraction, simple repeated motives lend it a pop-like appeal. It may not have the rhythmic gusto of an early dorm-room Beastie Boys concoction, but it has something of a beat, and there’s a droning quality that lends a foundation to all the clipped aural material.

The drone, which at times has the quality of a string section (whether or not that’s where the sound came from), is less the glue that holds the work together than the workbench on which the constituent parts are placed. There are so many — spoken bits, choral “ahh,” what may be a squeeze toy, rattle, field recording of traffic, short circuit, plucked string, water — that the collected effect is that of an overture. The piece is so packed with material that it seems like it’s setting the scene for an extended work, in which these various elements will each have their time in the spotlight.

Track originally posted at soundcloud.com/michel-banabila. More on Banabila at banabila.com.

END_OF_DOCUMENT_TOKEN_TO_BE_REPLACED

If You Meet Your Hero in the Record Crates, Kill Him (MP3s) 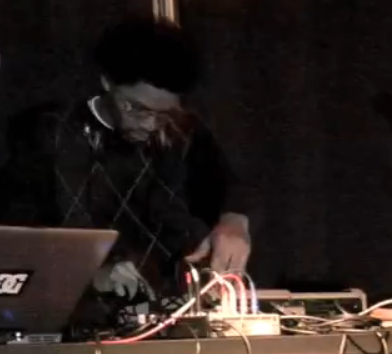 The influence of the late hip-hop producer J Dilla feels, at times, insurmountable. In death (he passed five years ago this month), Dilla reached a place in the pop consciousness that, at least in hip-hop terms, only rappers usually achieve: the level of cultural icon, where work and image and biography and myth collide.

An edifice that tall casts a shadow wide and long. If you spend any time listening in on the beat-battle message boards, where striving producers and bedroom beatcrafters share their efforts, it’s clear that his influence is as strong if not stronger than that of his peers, folks like Timblaland, the Neptunes, Swiss Beatz, Alchemist, and so on.

Philadelphia’s Shawn Kelly, aka Arckatron, aka WhyArcka, a fairly constant presence on this site, has never been shy about his affection for Dilla. Few if any producers are. They drop his name almost as often as they do his samples. Over the past few years, Kelly has developed a set of beats for Dilla tribute performance, and he’s uploaded the prepared material to his soundcloud.com/arckatron space. Ever fully conscious of what he is up to — Kelly is a remarkable presence in production, with a keen ear for mico-moments of songs, which he shapes into original compositions that are like side-view holograms of the original — he has titled the work, explicitly, “Gettin’ Dilla Out My System.” By reproducing and messing with the work of a prominent cultural predecessor, he enacts in real time the functional process of absorbing and dispensing with influence.

If Arcka’s goal truly is to rid himself of the anxiety of influence, you can say he starts making headway around the five-minute mark (technically the 15-minute mark, because this is the second of two sets of eight beats each, and the first track, also at soundcloud.com/arckatron, is 10 minutes long). That’s when his trademark cut-up, a splinter stutter that’s hip-hop’s answer to granular synthesis, starts to make itself heard.

Track originally posted at soundcloud.com/arckatron. Above photo of Kelly performing is a detail of a still from concert footage of him at vimeo.com.