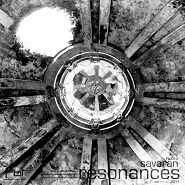 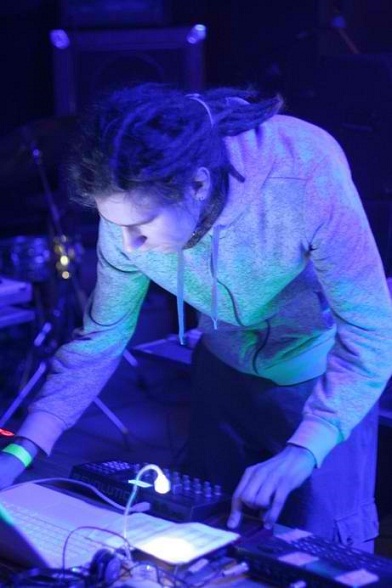 The last time Anton Holota‘s music was mentioned here was back in 2008, on the occasion of his album Products of Passed Days, on the Complementary Distribution netlabel. Turns out that Holota’s latest free web release, a half-hour live performance presented as part of the CrÃ³nicaster series at cronicaelectronica.org, dates from roughly the same period. Though it just popped up on CrÃ³nica’s RSS feed, the set was recorded back in October 2008 at a club called Cinema in Kiev, Ukraine (MP3). It seems to be a soundboard recording, because there’s no apparent crowd noise — which is for the best, because much of the sounds from which Holta makes his music could easily be just the sort of chance noise we’re trained from birth to ignore: the hums of a dying HVAC system, snatches of partially overheard conversation, shuffling handheld items, the static of faulty transmission. That latter element, the way error becomes an aesthetic, casts a spell over the entire proceedings — “glitch,” as it were, in various ways serves as a shared aspect to the performance. As such, it turns the idea of error on its head: what is supposed to be a broken transmission in fact is exactly that which manages to take disparate elements and find common ground for them, that which turns noise into something more immediately comprehensible as signal.

More on Holta, who records as .at/on, at myspace.com/antonholota (from which the above photo, shot earlier in 2008, is borrowed) and 14circles.org.

END_OF_DOCUMENT_TOKEN_TO_BE_REPLACED 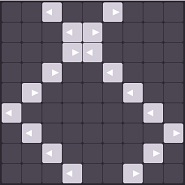 Otomata is a simple generative audio app, in which chance collisions yield unexpected patterns, both visual and sonic. Its arrival on the Internet a month ago has, in turn, yielded unexpected flowerings, from myriad new patterns generated and shared by users (pictured here is one such example), to its employment in fixed sound recordings, to its inspiration of new software development. What follows is a survey of just some of those efforts, much of it (audio and software) downloadable for free. (Meanwhile, read an interview with the Otomata developer, Batuhan Bozkurt, “When Cells Collide,” and check out the software itself at earslap.com.)

Mitzilla‘s “Audio Recording on Sunday Afternoon” (at soundcloud.com/mitzilla) uses the beading pulses of Otomata as a rhythm track, against which he plays generously spaced strums of an acoustic guitar. It’s a promising sketch of what will, one hopes, eventually yield a more fleshed-out composition. Mitzilla hails from El Paso, Texas:

For DrDerek, the Otomata-derived material provides not the rhythm but the melody, to which he adds other digitally sourced material (“my Electribe SX-1 and Korg Kaoss Pad 3 and the Korg Kaossilator Pro. recorded live,” he explains, listing his tools with one caveat: “some things may sound a bit off”). The result (at soundcloud.com/drderek) is louche, loungey electronica.

And for bongo_g, who is based in Amherst, Massachusetts, Otomata provided not sound source material, but an overall approach. His “Ricochet1” (at soundcloud.com/user4724971) is evidence of an implementation of an Otomata-like software tool that he is developing on the popular device called the Monome.

Bongo posted the code at monome.org, where the discussion is ongoing. Here is a video demonstration (from vimeo.com) of bongo’s Otomata-derived instrument on a 256-cell Monome, performed by Machsymbiont:

Just to take the proceedings one further step meta and virtual, this next video (also at vimeo.com) shows Bongo’s Monome implementation of Otomata as ported to the Nomome, which is a software emulation of the Monome on a 64-cell device called the Novation Launchpad:

And because no cultural instance is complete without an iOS app implementation, this is Sound Cells (at apple.com), which debuted in the iTunes App Store earlier this month. As its developer notes, Otomata’s inventor is himself working on an iOS version. Sound Cells offers six different scales, among them the Hang scale, based on the Hang drum, which was the inspiration for Otomata’s tuning:

Two more videos. This is Otomata paired with another sound app, called SoundPrism:

And this is four instances of Otomata working together in tandem — with TV food personality Alton Brown (the patron chef of hackers) in the background:

Check out the original Otomata software for free at earslap.com. 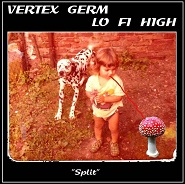 There are splits, and then there are splits. There are splits that have songs by two different musical acts, and then there are splits that make good on the tantalizing suggestion that the two acts actually interact. A relatively recent six-song split by Vertex Germ (of Mexico) and Lo Fi High (of Germany) includes two tracks each by the acts, and a pair of collaborations, one of which is the highlight of the set. Titled “Wonderland 8763,” the track mixes squawking field recordings and pulsing techno loops into a chaotic noisefest that takes on the vibrancy of a Charles Ives composition, owing no doubt to the incompatible elements of the two acts coming up against each other.

More on Lo Fi High at myspace.com/lofihigh. No apparent website for Vertex Germ, but there is a page at discogs.com. Tracks posted for free download by the TVK netlabel at archive.org.