6 Things That Might Make the Great Soundcloud.com Even Greater 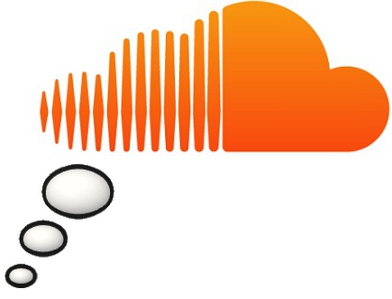 Soundcloud.com provides one the strongest infrastructures, if not the strongest, for communities of musicians and their listeners on the Internet. It’s a place where people share music they’ve made, listen to other people’s music, comment, make purchases, and collaborate.

And the service keeps getting stronger. It recently teamed with Tumblr for a smooth means of presenting Soundcloud material on the microblogging service, and the Soundcloud “app gallery” features an expanding number of tools that make use of its generous API.

The efforts are apparently working, because Soundcloud is more popular than ever. According to an article in the Wall Street Journal last month, the service has over five million members, and fourth fifths of them signed up in the past year.

But bigger isn’t a sure thing. The recent sale of MySpace for a fraction of its highest market valuation is evidence that rapid growth even in a field as ubiquitous as music can go terribly wrong.

From a user-interface standpoint, nothing in particular is wrong with Soundcloud, certainly not yet, though there is a low-level sense of feature creep. Much like the personal-organization tool Evernote, Soundcloud is a device-spanning and software-spanning service (computer, phone, browser, app, etc.) that defined itself early on by its simplicity, but that has over time become more complicated, more rich in tools.

Despite which, below are suggestions for six additional things that could make the great Soundcloud even greater. Heck, there’s a chance that one or more of the ideas below already exist and I just haven’t come upon them because the Soundcloud interface’s sublime cleanness masks its underlying complexities — that is, because I didn’t look closely enough. But I write this as a heavy Soundcloud user, and one who if anything wants to use Soundcloud even more: 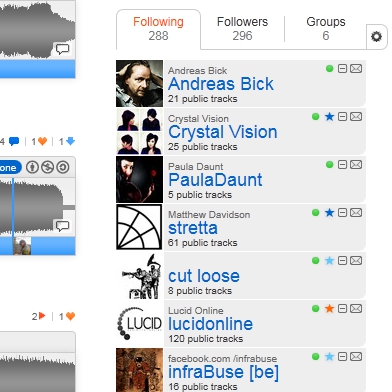 Social Sorting: The Soundcloud following/followers interface already has a settings option (see upper right), so Grouping Groupies would be an iterative change

I follow 288 accounts on Soundcloud as of this writing, and the “Incoming tracks” feed in the site’s Dashboard is not the most effective way to experience them. It would be nice to be able to create subgroups so that I could observe the incoming tracks based on categories I myself create: close friends, people whom I correlate with certain genres (noise, field recordings, minimal techno), people who live in a particular area (Tokyo, San Francisco, etc.), fellow listeners (folks who rarely if ever actually post music), record labels, netlabels, etc. There are pros and cons to this suggestion. On Twitter, for example, it’s not uncommon for people to follow everyone who follows them and to then employ Twitter Lists as a means to keep track of the select few they actually want to keep tabs on. That approach undermines Twitter’s internal workings by muddying its ability to sense who is really communicating with whom. (Fully scaled, everyone would just follow everyone, and then use a List to sort, and that’s untenable.) But even if you stick to the social contract of only following people you’re interested in, groupings would simply let the listener organize his or her listening habits, rather than stick one’s ear in the direction of a fire hose. (There are precedents in Soundcloud for this: The Following/Followers interface has a settings option. There is a Contact Lists option under People. And there are Groups, which function like clubs of like-minded people.)

For a service that is enjoyed by, and by all appearances coded by, people who use advanced computer systems as a platform for creativity, the main Soundcloud feed is somewhat antiquated. It just shows the most recent tracks by accounts you follow. There should be options to view the feed algorithmically, in addition to the standard “show me what’s new” approach. The algorithmic feed serves a similar role to the “Grouping Groupies” mode mentioned above, and they work together: the algorithmic feeds learn from the user-collated groups, as well as from user habits. (Facebook is, of course, a poster child for not employing algorithmic feeds, but the failures of Facebook’s feeds are a failure of implementation, not of the overall idea.) 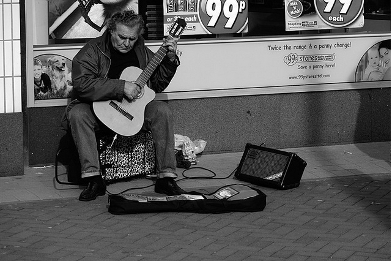 Case Open: There’s already a tradition of the guitar case doubling as a tip jar. Soundcloud can provide its musician-users with a virtual guitar case.

Music commerce isn’t dead. It’s just found new places to do business. On Soundcloud, for example, people have the opportunity to pay to download tracks they have already been able to stream in full. There’s a lesson for Soundcloud to learn from Kickstarter.com, just on the far opposite end of the transaction chronology. The traditional record-buying mode was that the consumer purchased an album after it had been produced and manufactured. The Kickstarter mode varies from project to project, but generally speaking it involves the consumer participating as benefactor, contributing funds before the recording has been manufactured, often before it has even been recorded. There’s space on the other end of this continuum: Soundcloud could let users show their appreciation after hearing music by providing a “tip jar.” And the musicians could determine how this music would be spent. For example, a musician could use it, in a Kickstarter-like campaign mode, to gain funds to pay for a particular Soundcloud upgrade (somewhat modeled on the MMORPG system, in which gamers have the option to purchase items to help them make their way in a free gaming environment). Or it could be funneled into a bank account or PayPal account. Or into a Soundcloud account, that they could they use to re-disperse the funds to other Soundcloud users. Who knows, perhaps the funds could even — to come full circle — be used to start a Kickstarter project to pay for a collectively agreed upon development project based on the Soundcloud API. 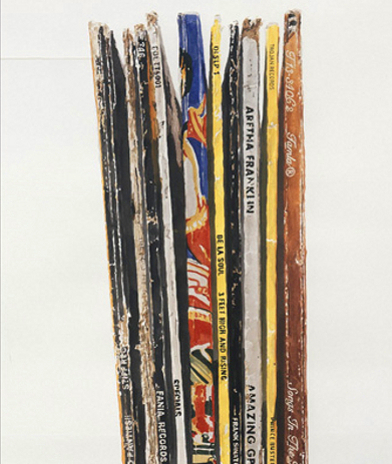 Spine Tingling: Dave Muller’s affectionate paintings of the narrowest portion of a vinyl LP cover show just how much information and personality can be packed into a small space.

Give users, especially those who post their own music, some opportunity to make their pages feel more like their personal pages. This needn’t get all MySpace/Geocities, not some out-of-control, custom-HTML visual nightmare. The utilitarian, orange-highlighted interface of Soundcloud stands in stark, willful contrast to MySpace’s mistakes, and rightly so. But a little personalization could go a long way. There are at least two reasons to do this. For musicians, it would make their pages feel even more like their home. For listeners, it would help orient them: Am I on a Soundcloud-generated list page, or am I on a page overseen by a human? If the answer is “human,” then let me, as a listener, feel it. It wouldn’t take much, perhaps just a thin bar, reminiscent of the spine from an album or CD. That would be more than sufficient to set the scene. (As shown above, Dave Muller’s affectionate paintings of worn LP spines were something of an inspiration to this idea.)

5. CHARGE ME: Give listeners a reason and an opportunity to pay a subscription fee.

Soundcloud doesn’t participate in “Pay to Play,” but sometimes it can feel that way. “Pay to Play” was, and perhaps remains, the means by which some live-music venues require acts to cough up a fee to play the stage, with the understanding the bands will get a slice of the door and the bar. Since Soundcloud primarily offers premium services aimed at musicians, it’s essentially charging musicians for the opportunity to reach an audience. That’s fine; the Internet has done a topsy-turvy with many industries, many former business norms. (At a highly scaled level, this would be along the lines of Hulu ditching its subscription fee and somehow charging the networks whose shows are its content.) However, there must be some means by which Soundcloud could provide additional services to listeners that listeners would be willing to pay for. And just to be clear: this isn’t a suggestion that Soundcloud take some currently free capabilities and turn them into paid-only features. It’s about coming up with new things listeners would appreciate. Perhaps a virtual hard drive for downloads? Perhaps a private MP3 player where one can upload ones own collection of recordings, along the lines of other recent cloud-based music lockers? Perhaps a blogging service, or the ability to host “radio stations” of material selected by the listener?

6. MOVE BEYOND: Staying true to your URL means expanding beyond music.

Soundcloud.com is called Soundcloud.com for a reason. It is not just about music. Music is, as the saying goes, just organized sound. There are already activities on Soundcloud that are not traditionally considered “music,” such as field recordings and spoken word. Tools should be developed to let people use Soundcloud readily for non-music purposes. For example, as a (private) audio journal, perhaps one that hooks up with Google for voice-recognition translation of those recordings into typed words.

(Photo of guitarist from flickr.com thanks to Creative Commons license.)