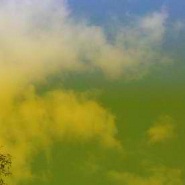 The Resting Bell netlabel steadily releases music that fits into a grey zone between field-recording ambience and drone-for-drone’s-sakeness. That’s a distinction that can seem like hairsplitting on first listen, but in time a whole world of variety can be heard in between. And speaking of time, Resting Bell is celebrating a milestone: its 100th release. It’s doing so with a four-part series, the first of which is by Japanese sound artist Shinobu Nemoto. Titled Tetsuo, it’s a three-part EP that explores a high-pitched approach to drone, more dawn break than storm cloud, more scintillate than rumble. Track two, for example, lets a rising and falling wisp slither through a bright thicket of glistening static. The contrast is striking, especially how the various levels of pitch of that main thread highlight different aspects of the unwavering sonic field (MP3).

Get all three tracks of Tetsuo at restingbell.net.

Two earlier works by Nemoto have been highlighted here: a series of 16 “trips” back in December of last year and heavily processed melodies back in 2009.