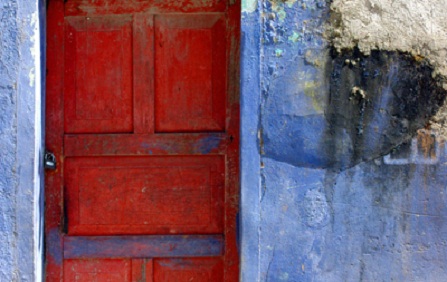 It isn’t just Metallica and Phish making their live concert sets readily available in a slightly slower version of the (peculiarly emphatic-yet-redundant) “day-and-date” digital publishing strategy being newly employed by comic-book publishers — or, for another current example, the multi-platform approach that has Universal Pictures releasing the comedy Tower Heist (surely destined to be the East Rider of the Occupy Movement) to on-demand cable a few weeks after the movie’s theatrical debut.

No, the power of Soundcloud.com — along with ustream.com, and Google+ Hangouts, and countless other tools, including any good old FTP server, for that matter — lets experimental musicians in distant enclaves spread their feedback-laden performances further and more quickly than ever before. As the FTP comment suggests, this is nothing new. Yet something new is happening. Naysayers to perceived cloud hype regularly comment that the cloud is just an FTP server with a fresh coat of paint. But of course the cloud is about more than that — and among those other things it’s about is multiple digital services employing each other’s API (that being the computer-code equivalent of a handshake deal) to share information.

What is new is the manner in which simultaneity — of services, of content availability, of cultural experience — is becoming the norm: the delay between hardcover and Kindle, between theater and living room, between concert hall and earbuds, is shrinking faster than you can say Moore’s Law. At the moment, this is largely, for at least the big businesses involved, a matter of throttling piracy and maximizing revenue opportunities. The implications are a long way from resolving themselves. Almost certainly new forms of culture will emerge, and along with them new legal imbroglios. (Tower Heist‘s cable-rental fee to the consumer is approximately $60, meaning that people are at once being invited to treat their homes as makeshift movie theaters, yet also being tempted to venture into becoming under-the-table commercial enterprises. Can’t you foresee a surly MPAA representative showing up at a suburban home’s front door demanding one beer from each six pack brought by attending friends?)

All of which came to mind during repeated listens to a solo concert performed yesterday evening by Mysterybear (aka Dave Seidel) in Portsmouth, New Hampshire, at a club called the Red Door. Seidel lives a couple hours away in the town of Peterborough. I live 3,000 miles away in San Francisco. Thankfully, Seidel earlier this afternoon uploaded a recording of the show to his soundcloud.com/mysterybear account.

It’s a rangy, deeply felt venture, digging into thick, sinuous bands of feedback and teasing out fragments of noise, melody, drone, and hush. Feedback is its media; it’s Seidel’s instrument — and feedback is also the media by which the file is being distributed. Its online distribution taps into a subsequent feedback loop. Were just one musician doing what Seidel is doing, the MP3 (available not only for stream but for download and subsequent redistribution) would be a mere archival document. Instead, it’s part of the natural course of the concert-performance experience. Who knows how many people showed up for Seidel’s Thursday-night gig? I live in San Francisco, which is home to an especially supportive community of experimental-music concert-goers, but I’ve been to plenty of Thursday-night shows even here where I was the only person in the audience who was neither a musician performing that evening nor one of those musician’s significant others. Whoever attends Seidel’s live show, he knows that an audience awaits on Soundcloud.com.

And in time, the live audience and the Soundcloud audience will merge, or at least commingle, in the musician’s mind. The live show is if nothing else a means to try out new material and get it out in the world, with the knowledge that an online audience larger than that available in most towns and cities is just waiting to hear what the musician is up to. It can be said that the concert didn’t end last night when Seidel packed up his equipment. It just took a break before it began resounding anew online.

Track originally posted at soundcloud.com/mysterybear. More on Mysterybear/Seidel at mysterybear.net and twitter.com/daveseidel. (The red door up top is not from the so-named club in New Hampshire. It was photographed in Guatemala and is reproduced courtesy of suttonhoo.blogspot.com and the Creative Commons.)

One thought on “Upload Through the Red Door (MP3)”