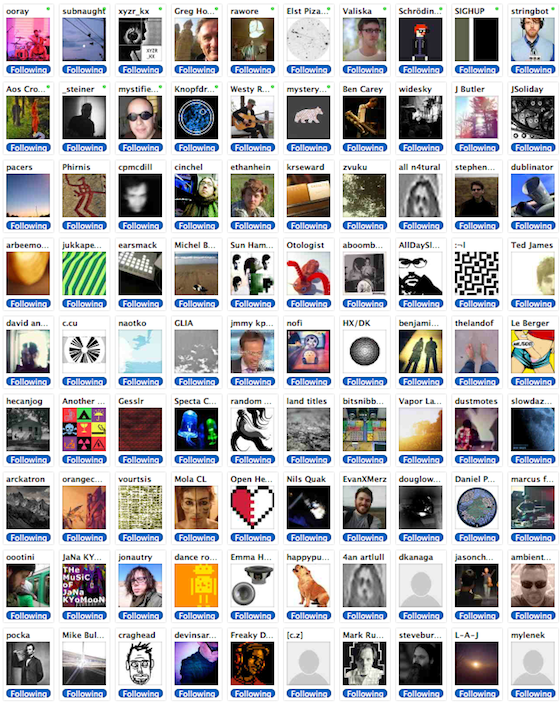 Just a quick post on the ongoing Disquiet Junto project.

The Junto, named for a society Benjamin Franklin formed back in the 1720s, is a newly formed association for communal music/sound-making. As of 2:30pm Pacific Time on Saturday, February 4, the group, which is housed at

has had its 200th track uploaded, from a total of 90 actively participating members. Above is a screenshot of those 90 members, out of a total of over twice that many who have joined.

This has all occurred in just under one month — the Junto was launched on January 5, 2012. Many thanks to all the participants and listeners. A great start to the 2012.

More on the project here: “The Disquiet Junto.”