A Sip of the Disquiet Junto Denver Concert

From Dave Seidel, aka Mysterybear, who flew in from New Hampshire 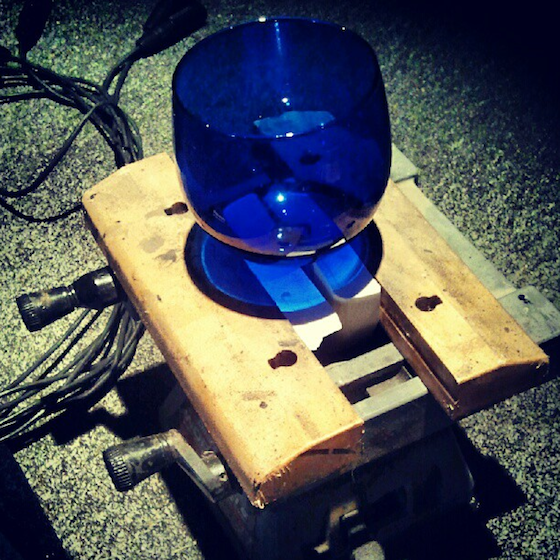 We should have the complete concert up for listening in the near future, but in the meanwhile, here is one of the seven performers from this past Sunday’s Disquiet Junto concert in Denver, Colorado: Dave Seidel, aka Mysterybear, performing what he’s titled “Resonance Cascade.” The format for the show had each musician doing two pieces: one for expanded glass harp (drawing from the third Disquiet Junto project, back in January of this year), and the other a recent piece they wanted to share with the audience. (This is the same format as the Chicago Disquiet Junto show earlier this year.) Seidel, like several others that evening, segued from the first to the second. His work was among the most drone-intensive of the concert, the sounds of the glass harp subsumed in deep processing; the second half is rich with sawtones that slowly take on a thick yet mellifluous sensibility. Like the majority of the performers (four out of the seven), Seidel didn’t employ a laptop; his equipment, which included various distortion pedals, is listed at the SoundCloud link below. He was the one performer at the show who wasn’t from the Denver area; he’d flown in from New Hampshire, where he lives, for the concert.

The above photo, which I posted to my @dsqt account on Instagram during sound check the night of the performance, shows the glass that Seidel used during his piece.