The 11th in Tuonela‘s Asylum Transmission series is the latest in an ongoing series of experimental music releases. At less than five minutes in length, it’s a static-infused foray into composition that disregards harmony, melody, and rhythmic metrics in favor of attenuation — in particular the way that attenuation influences a listener’s expectations. “Asylum Transmission #11 Tinfoil Hat Time” unfolds as a transformed recording, or so it appears, some sort of carnival or otherwise celebratory music that torques into chainsaw sine waves that, depending on the ear’s perspective, might sound like New Year’s Day bells or the underlying sound design for the next Saw movie. There’s an intrinsic sense that the source material will return and reveal itself, but this never occurs.

Track originally posted at soundcloud.com/tuonela-1. More music from Tuonela at tuonela.bandcamp.com. More on Tuonela, who is from Sydney, Australia, at drugdealerrecords.com.

The musician who goes by ngngngng continues to post short experiments in modular synthesis — brief excursions into rough notions of causality channeled through spaghetti bowls full of patch cords — at the soundcloud.com/ngngngng account. The efforts were noted here back in February (“The Dada of the Buchla”) and they continue apace. The recent “30,” a mostly delicate array of insectoid chatter, is annotated, as has largely been ngngngng’s habit, solely with a brief list of modules involved, in this case: “259e-292e-206e-281e-250e.”

END_OF_DOCUMENT_TOKEN_TO_BE_REPLACED

The Berkeley, California”“based composer and sound designer Kent Sparling remixed a Shostakovich chamber symphony along with dozens of his Disquiet Junto colleagues, back when the 13th project was underway (the series has now had almost three times as many projects). The projects have a strict deadline inherent in their definition. In part this is an organizational matter, but it’s also part of the ethos of the projects, which is to provide a situation in which the musicians are comfortable failing in public — if you aren’t entirely pleased with your work, you can always just point out that it was made under demanding restrictions, but no matter what you have attempted the challenge and produced something.

And, if you are somewhat pleased, you can subsequent to the project work on it some more, which is precisely what Sparling — whose work in films include the score to Wayne Wang’s The Princess of Nebraska — did, taking the drone he exuded from the source material and lending, to these ears, more tonal diversity.

This is the earlier version, “Parcel [disquiet0013-wildup],” created for the project in its original time frame:

This is the further refinement, “Designs,” completed subsequent to the initial project:

The tracks were posted for free download to Sparling’s SoundCloud.com account (“Parcel,” “Designs”). More on and from Sparling at jicamasalad.net and jicamasalad.bandcamp.com.

Use the theme song of the Radius broadcast as the source of an original composition. 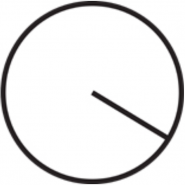 This week’s project is a shared-sample one, which is to say everyone will work from the same initial sound source. The shared sample for this project is the jingle, or sound logo, or opening cue, or theme song — or, in the term preferred by the famed BBC Radiophonic Workshop, the “signature tune” — for the Radius broadcast/podcast, an avant-garde radio program out of Chicago run by Jeff Kolar (who was, by the way, one of the performers at the Chicago Disquiet Junto show back in April). The first time I listened to one of the Radius programs, I mistook the opening sound as part of the featured presentation. Only the second time I listened to a Radius program did I realize that the initial 14 seconds were, in fact, the show’s opening cue, or jingle. While I’ve always enjoyed listening to the Radius series, I am sometimes disappointed that such a great sound ends after less than a quarter of a minute’s playing time. So, I wondered what it would sound like if that cue were, in fact, the starting point for a composition.

The idea for the project also came out of some research I’ve been doing on the idea of the jingle, which was once the hallmark of commercial advertising, but has faced something of a rocky road as consumers have (supposedly — I have mixed feelings about this subject) gotten more media savvy. In this case, we’re exploring the concept of the theme song bleeding into the feature presentation.

The assignment was made early in the afternoon, California time, on Thursday, August 23, with 11:59pm on the following Monday, August 27, as the deadline. View a search return for all the entries as they are posted: disquiet0034-theradius. Or check out the set (posted a the top of this post) at soundcloud.com/disquiet.

The above image is the logo for the Radius.

These are the instructions that went out to the group’s email list (at tinyletter.com/disquiet-junto). They appear below translated into German, Japanese, and Spanish, courtesy of Tobias Reber, Naoyuki Sasanami, and Norma Listman, respectively:

This is a shared-sample project. The sample is the opening jingle (or “sound logo”) for the excellent Chicago-based series called Radius. The series is broadcast in Chicago at 88.9 FM. Its jingle is titled “Radius loop.”

You will make an original piece of music in which the sample will serve as your sole sound source. Your track will open with the jingle/logo running in full. As it comes to a close, you will segue into an original piece of music built from a transformation of that jingle/logo. You can transform this source audio as you please, but you cannot include any additional sounds.

The jingle/logo, which is just 14 seconds long, can be downloaded from here:

Background: The Radius show’s goal is “to support work that engages the tonal and public spaces of the electromagnetic spectrum.” The goal of this Disquiet Junto project is to explore the idea of a radio show’s theme song, its jingle/logo; we’ll do this by imagining that the jingle/logo is in fact the subject of such a show’s entire content, rather than simply its opening introduction.

Title/Tag: When adding your track to the Disquiet Junto group on Soundcloud.com, please include the term “disquiet0034-theradius”in the title of your track, and as a tag for your track.

Linking: When posting the track, please include this information:

The source audio for this track is the jingle, or sound logo, for the Radius broadcast series, based in Chicago. More info at:

More on this 34th Disquiet Junto project at: