Nils Frahm makes music minus one – one finger, that is. 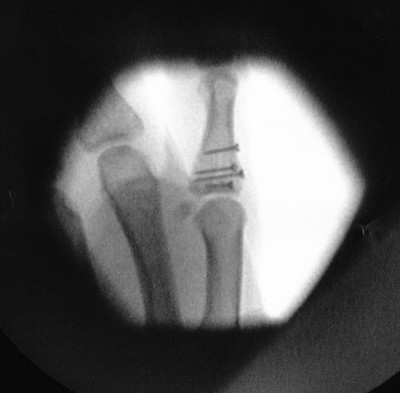 Nils Frahm, the German pianist, is currently on tour. Yesterday he turned 30, and to celebrate he gave a present to his fans: a collection of nine short pieces for free download. Why nine? Because he was playing with nine fingers. Why nine fingers? Because one of them is out of commission. Frahm busted a thumb while bracing himself during a fall, and has several screws — a handful, one might say — to show for it. That’s his thumb up above in the X-ray. The image initially accompanied a single track he’d uploaded to SoundCloud, “Song for 9 Fingers.” The full EP, titled Screws, is highly recommended. It is Frahm at his most intimate. The texture of his instrument, the sound of the piano’s mechanisms, the fundamental physical interactions of his body and the machine, are almost as important to the recorded sound as are the Satie-eqsue melodies he pursues. Key among these melodies is “Me,” which of all nine tracks is the one in which background noises come closest to gaining parity with the foreground music, combining into a rich sonic spaciousness. The attention to detail evidences why the word “dust” carries such meaning for turntablists, beat makers, and crate diggers, and it’s a strong cross-cultural experience to hear those textures embraced by a pianist. There’s an aura of antiquity to what Frahm is up to, a fragility that can be mesmerizing.

I interviewed Frahm recently for the Colorado Springs Independent (“Felt Up”), and talked with him about how his live performances differ from his recorded output, his use of felt in preparing his piano, his favorite John Cage work (“Imaginary Landscape”), and his relationship with the various pianos he encounters on tour. “They have 88 times of the same mechanism,” he said, “and usually one or three aren’t working. I tweak little things, modify slightly. Otherwise, you deal with the character of it, and get in a dialog with a specific instrument.”

Screws EP originally posted for free download, as a Zip archive of MP3s or AIF files, at soundcloud.com/erasedtapes, which also houses “Song for 9 Fingers.” More on Frahm at nilsfrahm.de. Read the interview at csindy.com. Tour dates at erasedtapes.com, his label.