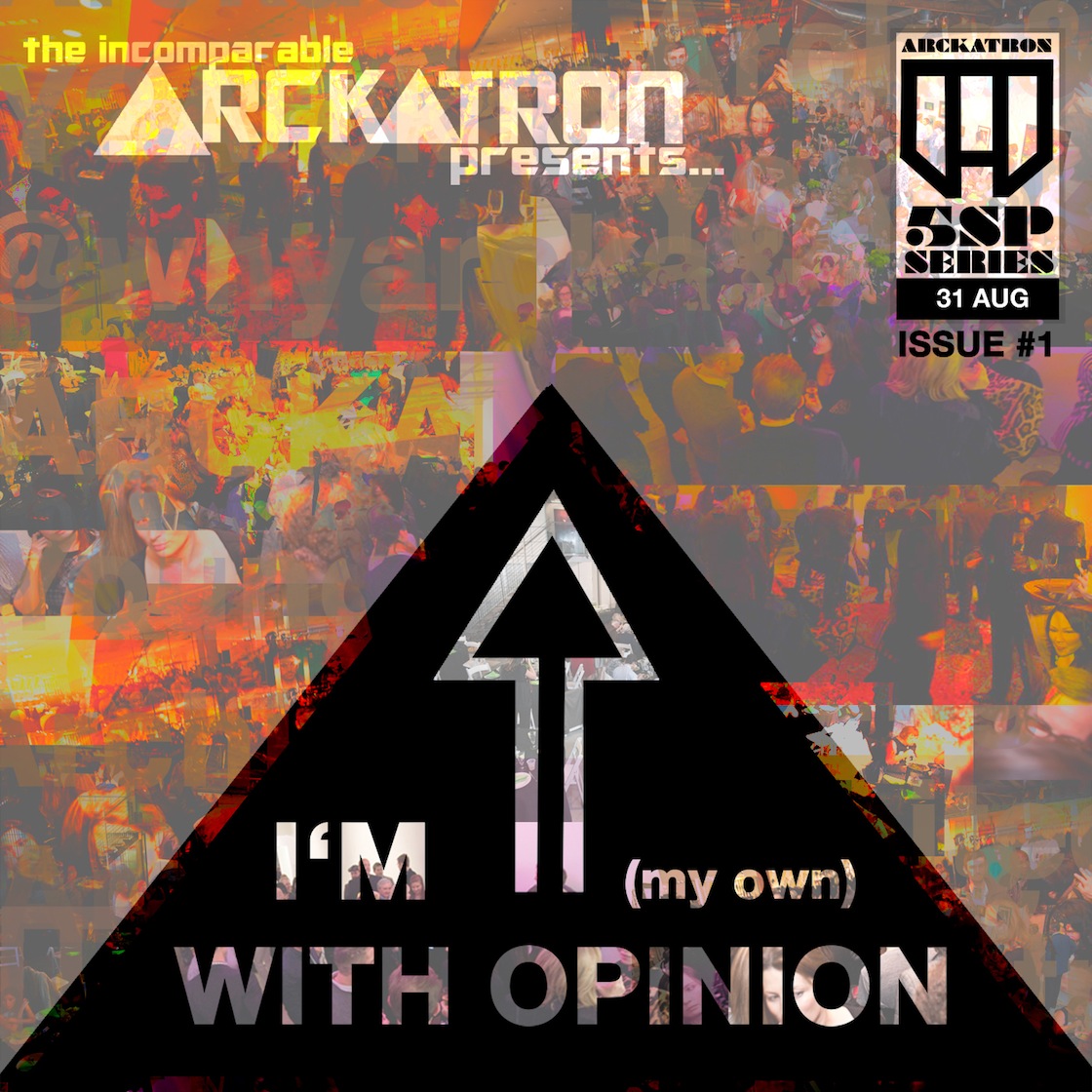 There is much to marvel at, to revel in, on the new, five-track collection (The Opinion in the Room) of abstract beats by Arcka, aka Young Architect, aka Whyarcka, aka Shawn Kelly of Philadelphia. Perhaps it’s simply the framing benefit of its title, but “Put the Mic Down” is a great place to start. As its title suggests, this isn’t hip-hop production in search of a vocalist; it’s hip-hop production with the concept of a vocalist put aside. After an extended bit of tightly looped throbs — vocal snatches, strings — at the opening, the beat that is “Put the Mic Down” surfaces, its arrival delayed just enough that it never truly kicks in. To Arcka’s credit, the beat arrives, its solidity more a matter of retrospect than sudden announcement. It’s a swaggery thing, a deep, bassy sequence that occasionally drops out, occasionally swells up, gets haunted by smatterings of echoed vocals, but never loses sight of its sharp snare.

Other highlights: how the beats willfully stumble on top of each other as “Let Go! (Free Me)” gets underway, the running of the bulls reimagined in hightop sneakers. The use of old-school girl-group vocals as the source material on “Listen to the Whole Record.” The percussive detail on “Get Your Chops Up!”