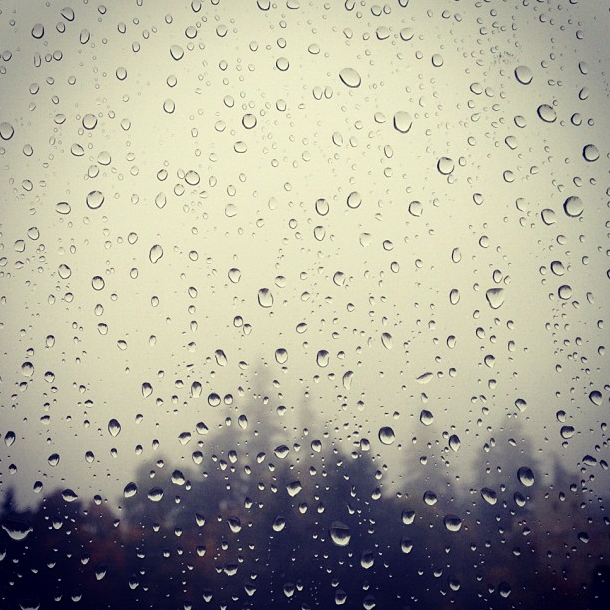 As is often the case, Dizzy Banjo (aka Robert M. Thomas of Reality Jockey, makers of sound experiences, largely in the form of apps) has posted sounds from his everyday life, this time around rain on a windowpane. He’s done this on his SoundCloud account, and this sound — this collection of sounds, recorded and posted as a half-minute file — is equal parts enjoyable and informative for several reasons: There’s the opportunity to listen for, within the track, elements of the sounds that are intrinsic to his work as a coder and composer, and coder-composer — especially of interest in regard to generative methodology, in which algorithms come to reflect the properties of natural activities, of living organisms and ecosystems. And there’s the extent to which these sounds bring to mind pre-existing musical references, in particular the light brush work and arhythmic improvisations of an outward-bound jazz drummer.

This is the second time in just a few days when of all the music and sounds I’m listening to, I am linking to a field recording of precipitation — despite the fact that it has, in fact, been raining quite a bit here in San Francisco, and was on the East Coast where I was until about 24 or so hours ago. I suffer from a bit of hurricane PTSD. After four years in New Orleans (1999-2003), I find myself anxious when it rains, and yet I enjoy recordings of rain. Perhaps the key difference is that recordings by definition have no attendant, worrisome portent — the storm has passed by the time one hears it.

(The above photo is by Ooray, aka Ted Laderas, from his instagram.com account.)

The Assignment: Celebrate the Creative Commons license that allows for derivative works by remixing music from the Three Legs Duck netlabel.

This project began in the evening, California time, on Thursday, November 29, with 11:59pm on the following Monday, December 3, as the deadline. (There are no translations this week.)

This is a shared-sample project. We’re going to celebrate the dual forces of the phenomenon known as the netlabel and of the Creative Commons license that allows for derivative works. We’ll do this by reworking music from an example of the former that employs the latter. The assignment this week is simple. Please download the following three tracks from the netlabel Three Legs Duck, based in Paris, France, and combine them into a new track. You can process the sourced audio in any way you choose, but you can’t add anything to it. Note that the tracks are available for a price named by the purchaser — this includes paying nothing at all:

“Unloop Hullaballoo” off The Fleet’s Lit Up by Alex Charles and Richard Sanderson http://threelegsduck.bandcamp.com/album/the-fleets-lit-up

Length: Your finished work should be between 2 and 5 minutes in length.

Title/Tag: When adding your track to the Disquiet Junto group on Soundcloud.com, please include the term “disquiet0048-libertederive”in the title of your track, and as a tag for your track.

Download: For this project, your track should be set as downloadable, and allow for attributed remixing (i.e., a Creative Commons License permitting non-commercial sharing with attribution).

This Disquiet Junto project was done as a celebration of the efforts of the Three Legs Duck netlabel, and to support its employment of licenses that allow for derivative works. This track is comprised of three pieces of music, all originally released on Three Legs Duck: “Unloop Hullaballoo” off The Fleet’s Lit Up by Alex Charles and Richard Sanderson, “Etude” off Emosphere by !Kung, and “04:54AM” off Four AM at Dusk JérÃ´me Poirier. More on the Three Legs Duck netlabel, and the original versions of these tracks, at http://threelegsduck.weebly.com/.

More on this 48th Disquiet Junto project at:

The Provenance of White Noise 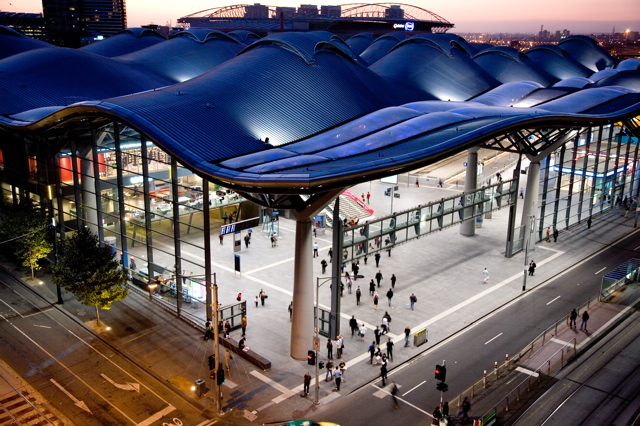 Functional music comes in many forms, from alerts to background scores. Some functional music is constructed with functional intent, and some — well, some suggests a purpose for itself after the fact. White noise is a useful tool because its sonic properties allow it, at even a low volume, to seemingly cancel out other sounds. For many people looking to concentrate, listening to white noise can be a handy thing. But not all white noise is created equal. You might find one too gritty, or your ears might locate a whine in another, or too quick a rhythm might give you the sonic equivalent of motion sickness. Most white noise machines use digitally produced sound, but nature provides its own near equivalent — for example, the sound of rain on a roof, such as this track recorded at Southern Cross Station in Melbourne, Australia (pictured above). The benefit of a track such as this is that in addition to providing the standard hush effect of white noise, it has provenance, the underlying knowledge not only that this is rain, but that the sound was collected at an architectural landmark. It’s the white noise equivalent of imported glacier water.

The track was originally posted for free download at soundcloud.com/boliver by Barnaby Oliver, who’s based in Melbourne, Australia.

Against the Drone’s Grain (MP3)

Somnarium in the dark, conceptually speaking. 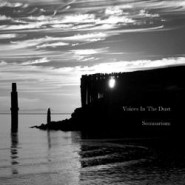 It’s tough to cut against the drone grain, since the drone is, by and large, grain-less. What the drone is is vaporous, verdant — more defined by a lack of texture than by its presence. To cut against the drone’s grain might, perhaps, mean to segment it in a manner that employs rough edges, sudden cuts — approaches that contradict its sinuous coherence and tonal intent. But sometimes the intent can be put aside by a more modest decision, like listening out of context. Take the album Voices in the Dust by Somnarium. It was released recently on the darkwinter.com netlabel, and its seven dense tracks employ all manner of soundtrack techniques to instill a sense of portent. The album’s brief liner note clearly depicts the release as an album, not as a collection of individual tracks to be selected from, and it suggests strongly that the collective set be listened to in the dark (“total darkness,” in fact). So, while that admonitory direction can certainly be adhered to, one might also listen to *Voices in the Dust** a track at a time. One might pluck, for example, the shuddering wind chimes and snaking rhythmic burbling and choral overtones of “Gilded Fugue State” (MP3) from the mix, and play it on its lonesome. In a way, that is adhering to the authorial intent, because by listening to it devoid of its six other parts, one is, in a sense, listening in the dark.

Somnarium is Michael Meara, who is based in Australia, more from whom at somnarium.bandcamp.com.

A Song of Domestic Automation (MP3)

Industrial music by way of the office-supply store

DÃ¡vid MÃ³rÃ¡sz‘s “LQ.300” is industrial music by way of the office-supply store, or so it seems. This rhythmically enticing track is made of samples credited to AndrÃ¡s Hargitai (of Budapest, Hungary). By all appearances, those samples would be of printers and other products found on desks around the planet. On a daily basis you might recognize the musical quality of these tools — the brisk clicks, the able pounding — but in MÃ³rÃ¡sz’s hands that musicality is made literal, the familiar noises turned into a familiar form: the instrumental song.