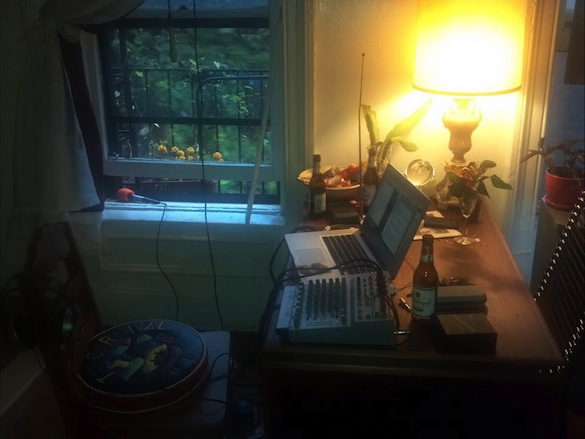 When the lights go out, the batteries have an ambiguous but nonetheless certain life expectancy. They can provide light, access to radio signals, music, communication, and other services, but at some point those batteries will fail. One remarkable thing about the superstorm, Sandy, that hit the East Coast this past week was the extent to which its darkness was electronically documented. Even when the lights went out, there were plenty of camera-equipped phones, not to mention portable video cameras, to capture the extended moment — a moment that for many has not yet ended.

All of which is to say, many individuals struck by Sandy elected to employ their batteries for such a purpose — when other purposes, communication key among them, might have been worth reserving power for.

Among the details recorded for posterity was sound. The Disquiet Junto group is, at this very moment, working on a four-day project to turn the raw noise of the storm into music that has an opposing effect. The goal of the project is to turn scream into whisper, to turn flurries of wind and precipitation into peace, to project the calm after the storm.

Track originally posted for free download at touchradio.org.uk. More on Moon at irenemoon.blogspot.com.

One thought on “When Sandy Hit Bedford-Stuyvesant (MP3)”