There was an initial error in the target URLs for the source MP3s but it has been sorted out. The links were corrected within an hour and a half of the project’s initial publication online, and the issue only affected this page, not the links on the SoundCloud page or in the TinyLetter email. If any of the links don’t work, please let me know at [email protected] Thanks.

This week’s project is especially exciting because it is the first Disquiet Junto project whose proposal originated from outside the Junto group. Almost every project from the first through last week’s, the 56th, was devised by me with occasional assistance by participants. This week’s was proposed by Rotterdam-based musician Michel Banabila. We’ll see more such guest proposals in the future, some fully proposed by other individuals and some done in coordination, such as a collaboration at the invitation of Geoff Manaugh as part of a course he is teaching this semester at Columbia University about the San Andreas Fault.

This assignment was made in the early afternoon, California time, on Thursday, January 31, 2013, with 11:59pm on the following Monday, February 4, as the deadline. Below are translations into seven languages in addition to English: Afrikaans, Croatian, Dutch, French, Japanese, Polish, and Turkish, courtesy respectively of Kurt Human, Darko Macan, Michel Banabila, Ã‰ric Legendre, Naoyuki Sasanami and Yukiko Yamasaki, Grzegorz Bojanek, and M. Emre Meydan.

Here’s a little background on Banabila, pictured below, more from whom at banabila.com:

Michel Banabila (born 1961 in Amsterdam) is a sound artist, composer, and producer. Since his 1983 he has released over 30 albums and collaborated with, among others, Holger Czukay, Machinefabriek, Robin Rimbaud, and Zenial. He has produced musical scores for numerous films, documentaries, theatrical plays, and choreographers, and has worked on various projects with video artists such as Geert Mul, Olga Mink, and Monoscope, and with photographer Gerco de Ruijter. 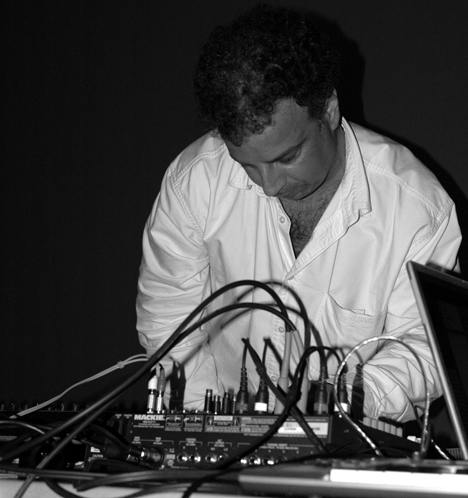 Image up top via Flickr and Creative Commons: flickr.com.

This is a shared-sample project. It focuses on language and emotion.

You are being provided with three audio recordings from the Phonetics Lab Archive at UCLA. As the lab’s webpage (at archive.phonetics.ucla.edu) explains, “The materials on this site comprise audio recordings illustrating phonetic structures from over 200 languages.”

You will use these three MP3s as source material for the project. They are from the languages Buryat, Navajo, and Zulu.

From each of these three language-specific MP3s you will select four words. (Don’t use the voice of the technician, who is occasionally heard.) From this total of 12 words you will, through cut and paste, construct new sentences. These nonsense sentences will serve as the a cappella vocal of a new song. All literal meaning is lost in the process; all that is left are emotions.

No other sounds or instruments should be used. You can pitch, stretch, or process the source audio as you please, but it should always sound like someone trying to say something.

Title/Tag: When adding your track to the Disquiet Junto group on Soundcloud.com, please include the term “disquiet0057-phonemetransmit”in the title of your track, and as a tag for your track.

Download: It is necessary, due to the source material, that your track is set as downloadable, and that it allows for attributed remixing (i.e., a Creative Commons license permitting non-commercial sharing with attribution).

This project was developed for the Disquiet Junto by Michel Banabila (banabila.com).

The source audio is from the UCLA Phonetics Lab Archive http://archive.phonetics.ucla.edu.

More on this #57th Disquiet Junto project at:

END_OF_DOCUMENT_TOKEN_TO_BE_REPLACED

They key word is “may.” The sentence is “The following sounds from freesound.org may appear in this piece.” The sentence was written by Evan X. Merz by way of explaining his recent work “The End of My Career.” The “end” part of that sentence likely has to do with the automation inherent in the piece’s composition, and the projected, if still quite fantastical, image of “composer” as a role lost to semi-intelligent robots, as in the production of cars or the wrangling of in-bound phone calls. This projection relates to the algorithmic approach that is the basis of the writing of “The End of My Career,” in which an API — “application programming interface,” or perhaps more colloquially the means by which a piece of software can access and act on data from another software service —Â scours a source of audio for related material and than works with them.

Merz write a bit more on the project in these notes associated with the track:

The End of My Career is an algorithmic piece generated by using the freesound.org API to search for and download sounds uploaded by freesound users. Using the FreeSound audio search capabilities, along with the Wordnik API to find related words, a graph of sounds related to the word ‘orchestra’ was assembled by custom software of my own design. Then, this graph was traversed by swarm-intelligent agents. Their movements over the graph dictated how the sounds were collaged in time and space.

The result is an enticing if semi-chaotic phalanx of fast-shifting quotes of pre-existing sound, many of them explicitly musical, like snatches of instrumentation. The “may” in the sentence seems to suggest that even after being provided an automated list of the material accessed by his project’s API endeavor, Merz can’t be quite sure what made the final cut.

Track originally posted at soundcloud.com/evanxmerz for free download. More from Merz at computermusicblog.com.

There’s a good joke somewhere in this, all about politics being bad for music. But the basic facts of it are that Diego Bernal initiated an extended break from his exemplary beatcraft when he ran for and then won the City Council seat for San Antonio District 1. Every once in awhile, an email announcement pops up with Bernal’s name on it, but it’s always a politics-related project, some election information or the announcement of one of his regular “Coffee with the Councilman” opportunities to get to spend time with his constituents.

So, it was all the more spectacular when the most recent such email, originating from his longtime musical colleague Ernest Gonzales (aka Mexicans with Guns), turned out to be a double pleasure. First, there’s the track itself: yes, the email announced not a new city development project but a tasty bit of music, titled “Somber Arrows.” It’s a deeply downtempo slurring of lounge-ready motifs straight out of an Ennio Morricone after-hours outtakes film festival. Second, there’s the news that “Somber Arrows” is a teaser of a full, proper EP that’s forthcoming.

But get it fast, because according to Gonzales’ email, it’s limited to 100 free downloads. 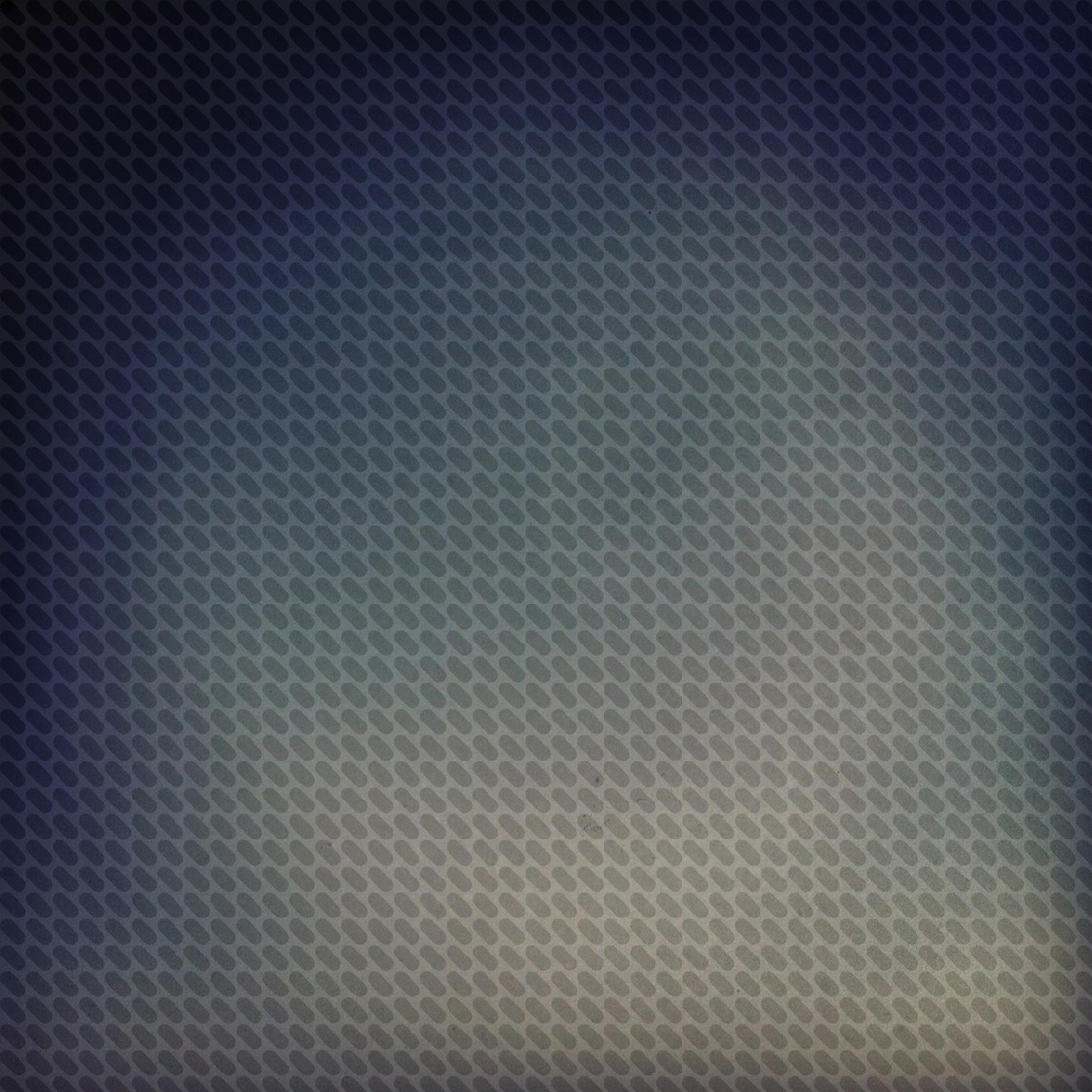 Isn’t This Dangerous? by Lefolk is a collection of rhythmic drones that lean heavily to the minimal side of minimal techno. The beats, such as they are, are more a matter of gentle pulses than overt metrics. If the highs and lows of a sine wave can be appreciated as a rhythmic contour, then at its best that is about as far as Isn’t This Dangerous? gets. A key track is the one that closes the album. Titled “Alexis” (all the titles reportedly correlate with “lost cosmonauts”), it is a slowly proceeding series of waves, afflicted with occasionally more brittle elements (MP3). There are eight tracks on the album in total. In addition to Alexis there are tributes to Gennady, Mirya, Aleksei, Piotr, Serenti, Ludmila, and Ivan.

Album originally posted for free download at restingbell.net. Lefolk is Leif Folkvord of Ann Arbor, Michigan, more from whom at lefolk.com. The Resting Bell netlabel is based out of Berlin, Germany.

What really makes the melody that floats atop the Casio-inspired beat of “Float On By” by Mike 88 is how it avoids melody-ness. Sure, it is more varied, more melodic, than is often heard in beat-driven, dub-oriented, iOS-generated electronic music, but it is also willfully absent of the key things that make melody melody, which is inward consistency, such matters as cycles of repetition and incremental development. Instead the melody veers between brief riffs and droning mantras, and often ventures into rangy soloing, more like an extended solo by a jazz musician than a verse by a songwriter. It’s heady stuff. Mike 88 states in a brief accompanying note that the whole thing was put together in a series of iOS music tools: DM1, NodeBeat, iKaosilator, and Orphion.

Track originally posted at soundcloud.com/mike-88. More from Mike 88, aka Mike Dayton, at twitter.com/dayton_mike.