END_OF_DOCUMENT_TOKEN_TO_BE_REPLACED

A Junto participant's prior execution of a similar endeavor

Sometimes the Disquiet Junto projects are very new to the participants, and sometimes they’re quite familiar. Just last night the 56th of these weekly endeavors in the realm of creative restraint began, and it took as its subject the sound of a ticking clock, which was intended to be sampled by each participant and spun into something new. As it turns out, at least one Junto regular, Schemawound, had already done such a thing. On his 2010 album Hospital Songs, the track “Datapump” clearly employs the ticking of a clock. One of the interesting things about the use of a second hand as a rhythm is the extent to which the space between the ticks is heard. Here, the level of detail in the tick barely seems to leave space before the next one kicks in. Layered on is a haunting drone that sways back and forth with a woozy malevolence.

Track originally posted at soundcloud.com/schemawound. The full album is available at itunes.apple.com and (name your price, including free) at music.schemawound.com. More from Schemawound, aka Jonathan Siemasko of Naugatuck, Connecticut, at schemawound.com and twitter.com/Schemawound.

The Assignment: Make music from the sound of the tick of a clock. 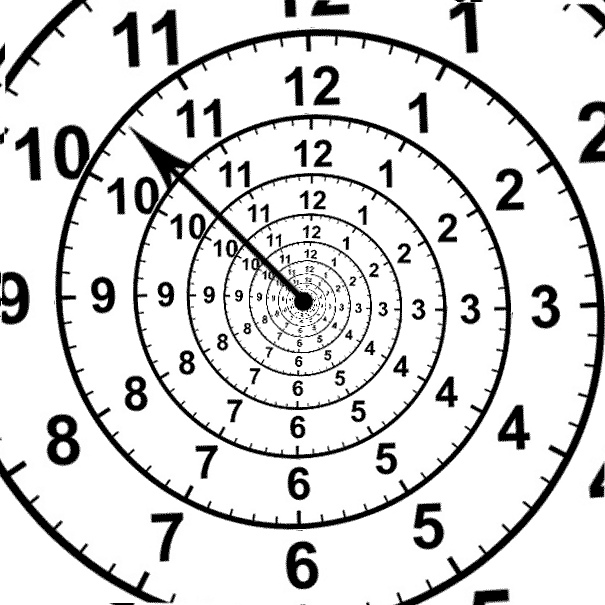 After last week’s project, which involved exceptionally beautiful source music in the form of solo piano works by Nils Frahm, it seemed fitting to go the other direction this week: to require the recording of the source material, and to make that source subject among the most rudimentary sounds as possible.

This assignment was made in the early afternoon, California time, on Thursday, January 24, 2013, with 11:59pm on the following Monday, January 28, as the deadline. Below are translations into five languages in addition to English: Afrikaans, Croatian, Japanese, Polish, and Turkish, courtesy respectively of Kurt Human, Darko Macan, Naoyuki Sasanami and Yukiko Yamasaki, M. Emre Meydan, and Grzegorz Bojanek.

Above photo courtesy of Flickr.com, via Creative Commons license.

This week’s project requires you to make a field recording to serve as the source audio. These are the steps:

Step 1: Locate a clock that has an audible, even if very quiet, tick to its second hand. A watch or other timepiece is also appropriate to the task.

Step 2: Record the sound of the clock for at least 30 seconds, and do so in a manner captures the sound in the greatest detail. A contact mic is highly recommended.

Step 3: Adjust and otherwise filter the recording to reveal the various noises that make up its tick. The goal is to get at the nuance of its internal mechanism.

Step 4: Create an original piece of music employing only layered loops of that sound. These layered loops can individually be transformed in any manner you choose, but at least one unaltered version of the original recording should be included in your piece.

Length: Your finished work should be between 2 and 5 minutes long.

Title/Tag: When adding your track to the Disquiet Junto group on Soundcloud.com, please include the term “disquiet0056-matteroftime” in the title of your track, and as a tag for your track.

More on this 56th Disquiet Junto project at:

END_OF_DOCUMENT_TOKEN_TO_BE_REPLACED

From here to there; the transition, as much as the destination

To say that “Corduroy,” by the Brooklyn-based musician Matte Wood, goes unexpected places would be an understatement. How exactly it moves from its opening to close is worth paying attention to, because those two points are so distinct from each other. The end is a vibrant, post-rock excursion into whirligig flourishes atop a nifty chiptune rhythm; it manages, much to its credit, to be both downtempo and upbeat. The opening, by contrast, is modulated pitches of what appear to be string samples, echoed into the middle distance yet retaining their catgut texture. This goes on for nearly a minute before the track gets underway. The second time around, and henceforth, it pays to pay attention to the transition.

In the brief accompanying note, Wood refers to the track as follows: “Another really old tune that I’ve been sitting on for a while.” Here’s to hoping for more from the archives soon.

Track originally posted at soundcloud.com/matte-wood. More from Wood, aka James Jano, at twitter.com/Matte_Wood.

Another Pure Data Patch from Caracas 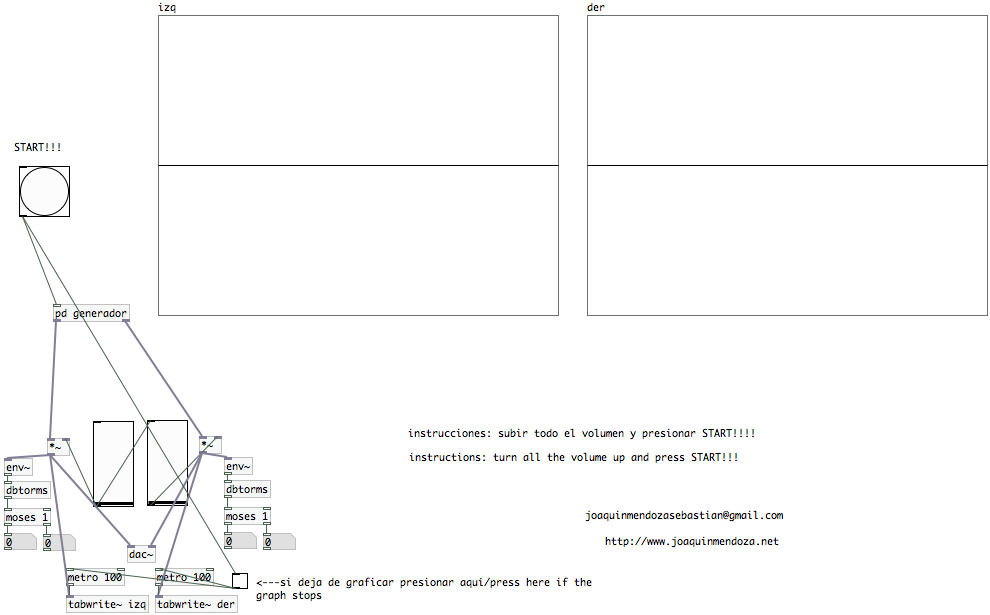 Following the post here last week about the first three in JoaquÃ­n Mendoza SebastiÃ¡n’s ongoing series of etudes for Pure Data, the graphic language/interface, he posted a fourth. And, again, he provided not only the resulting audio of the experiment, but the underlying code, a screen shot of which appears above. The work is a mix of slowly proceeding tones, as if committed on a water-logged yet still functional synthesizer, each seemingly triggering additional echoes, some brief, others lingering.

SebastiÃ¡n also mentions, in the post, that he’ll soon have a series of videos online that describe the process of his patch development. Track originally posted for free download at soundcloud.com/joaquin-mendoza. More from SebastiÃ¡n at joaquinmendoza.net. More on Pure Data, aka Pd, at puredata.info.