The Assignment: Record a single for which the cover would be the image suggested by a @textinstagram tweet. 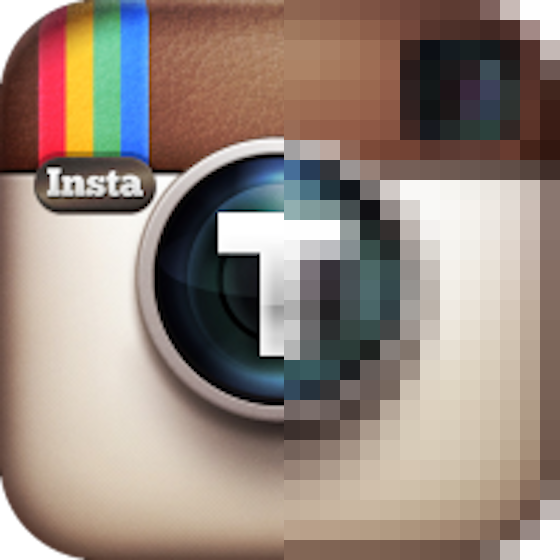 This assignment was made in the mid-afternoon, California time, on Thursday, February 28, with 11:59pm on the following Monday, March 4, 2013, as the deadline.

This project requires a single die, or the digital equivalent.

Here are the steps in the project:

Step 1: Roll a die six times (or six dice once), add up the combined results, and then subtract five from it. Make note of the resulting number. If you don’t have access to a die, you can use various digital equivalents. This link, for example, will roll six dice simultaneously:

Step 4: Now, roll a die twice (or two dice once), add up the combined results, and then subtract one from it. Make note of the resulting number. This link will roll two dice simultaneously:

Step 6: Count down the list of filters on that page until you come to the filter that coincides with the resulting number from step 4 above.

Step 7: Close your eyes and imagine a simple photograph that would be described with the tweet that is the title of your track, and that would have been treated with the filter that resulted from the step 6.

Step 8: Now imagine that the image from step 7 is the cover of your next single. Record a track of original ambient music that would be this single. It should be between one and two minutes in length, true to the postcard-like quality of Instagram — and, by extension, Textinstagram.

Background: This project is a low-key followup to the Instagr/am/bient compilation that I developed at the end of 2011, and that was in many ways the direct precursor of the Disquiet Junto. Various contributors to Insta/gr/ambient were among the initial participants in the Junto.

Length: Your finished work should be between one and two minutes in length.

Title/Tag: When adding your track to the Disquiet Junto group on Soundcloud.com, please include the term “disquiet0061-textinstagrambient”in the title of your track, and as a tag for your track.

More on this 61st Disquiet Junto project at: