I Am Sitting in a Singularity Listening (MP3)

The loop of dissolution, not accrual

One of the fascinating premonitions of the proposed singularity is when the avant-garde concepts of the past are, literally, transformed into digital processes —Â when concepts become code. Such is the patch called “lucier.amh”by Christian Haines. Haines has attempted with this exercise in automated looping to reproduce the decay inherent in Lucier’s classic “I am sitting in a room listening.” In Lucier’s original, the sound of him saying the title words is heard over and over, each rendition a rerecording of the previous recording played back in the same room. The work has a signature sonic fraying, as words disolve into syllables and then into noise. Mark Morse has applied Haines’ patch in the following piece to the electric guitar, letting simple guitar phrases devolve as time proceeds. It is an enticing performance, in large part because looping is so often associated with accrual, with layering, with accumulation, but here it is used as a source of dissolution.

I’m normally a bit of an anti-loopist these days, I guess because I spent many years looping and just eventually became a bit fatigued by the sound of it and the playing strategies that it traps you into, etc. Nonetheless these are a few loopy guitar improvisations through one of the example patches that comes with AudioMulch version 2.

It’s a patch written by Christian Haines called lucier.amh, and it’s supposed to kind of coarsely emulate the resonant frequencies techniques used in I Am Sitting in A Room, though here there are no real rooms involved: these are the resonant frequencies of one NastyReverb contraption and five two-second SDelays (along with a bit of “nice” reverb at the end of the chain, added by me, which I realize completely smooths over and destroys any remaining vestiges of Lucier’s intended soundworld, but…I don’t think I was ever aiming for that anyway).

This is a simple patch, but an interesting and useful way to degrade or erode a shortish loop. In each of these recordings I stop playing after about 3 minutes, which is a little too soon musically: if I’d had a bit more patience I could’ve paced the first five minutes better, but the sooner I stop adding new material, the sooner the loop can start to degrade, and that degradation is what these studies were about. So that means that in each study there’s an absence of development from the 3:00 mark to 5:00 minutes while I wait for the resonance to audibly kick in.

Track originally posted for free download at soundcloud.com/markemorse. More from Morse, whom some readers of this site might know better as (dj) morsanek, at morsanek.blogspot.com. He is based in Amsterdam, Netherlands.

Two releases from a decade apart, 17 tracks in all

More music has been posted for free download by Oval (Markus Popp): the 2000 album ovalprocess and his side of a 2011 split EP released with Liturgy, Oval-Liturgy. These follow five previous recent free downloads: Aero Deko, Dok, Pre/Commers, Ovalcommers, and Szenario. Get them all at oval.bandcamp.com. Ovalprocess is late-era glitch from one of the key acts to push that approach, all broken media and frayed sounds, while the Liturgy split is along the lines of his more recent efforts in producing, solo, music that sounds more like a post-rock band working through themes in a live setting.

Get them all at oval.bandcamp.com.

â—¼ This Is Rdio Disquiet: I’ve started a pair of ambient stations/playlists at rdio.com and spotify.com, for any folks who subscribe to those services. These are in addition to the three setlists-by-accrual “Disquiet Carousels” over at SoundCloud.com.

â—¼ If a Setlist Plays in the Forest: Olivia Solon at wired.co.uk reports on a project involving a radio transmitter deep in a Scottish forest by name of Galloway. The music will play for 24 hours. “Those who want to hear it,” writes Solon, ” will have to head to the forest. There will be no repeats and the files will be deleted after they are played.” The music will include work by Severed Heads, The Herbaliser, Scanner and Stephen Vitiello, Dave Clark, Imogen Heap, and Richard X. The koan-probing DJs are Stuart McLean (aka Frenchbloke) and Robbie Coleman and Jo Hodges, the latter two of whom are artists in resident at Galloway Forest.

â—¼ Daniela Cascella and Salomé Voegelin have created a new broadcast series, titled Ora, about “Writing Sound” for Resonance104.5FM in England. After the program(me)s are heard on radio, they’ll pop up on the resonancefm.com website. The first one aired Thursday, June 27, 2013, with a rebroadcast scheduled today, June 29, after which it’ll pop up on the Resonance site. Here’s a description:

Writing Sound voices the relationship between listening, hearing, talking and writing ”“ it puts forward a language that is part of the listening practice and challenges the nominal relationship between sound and words, naming and reference. It is language as the production of words, the material of language, in response to the material of sound, that invites listening as a material process also to uncover in language the process of listening, rather the source of what is being heard.

â—¼ Excellent interview with producer Rick Rubin (LL Cool J, Beastie Boys, Johnny Cash) at thedailybeast.com, especially in terms of his focus on simplicity. His emphasis on less being more is virtually required reading for anyone participating in this week’s Disquiet Junto project, which is based on subtraction-as-composition. Here is Rubin replying to an informedly leading question from interviewer Andrew Romano:

Q: So you don’t believe that, say, a great melody is necessarily part of a great song?

A: No, no. I think one of the things that really drew me to hip-hop was how you could get to this very minimal essence of a song—to a point where many people wouldn’t call it a song. My first credit was “Reduced by Rick Rubin.”That was on LL Cool J’s debut album, Radio. The goal was to be just vocals, a drum machine, and a little scratching. There’s very little going on.

â—¼ Decade of SoundWalk: July 1 is the final day for proposals to participate in the 10th annual soundwalk.org sound art festival in Long Beach, California. Last year I ran a panel discussion at SoundWalk, and the whole event was a blast. 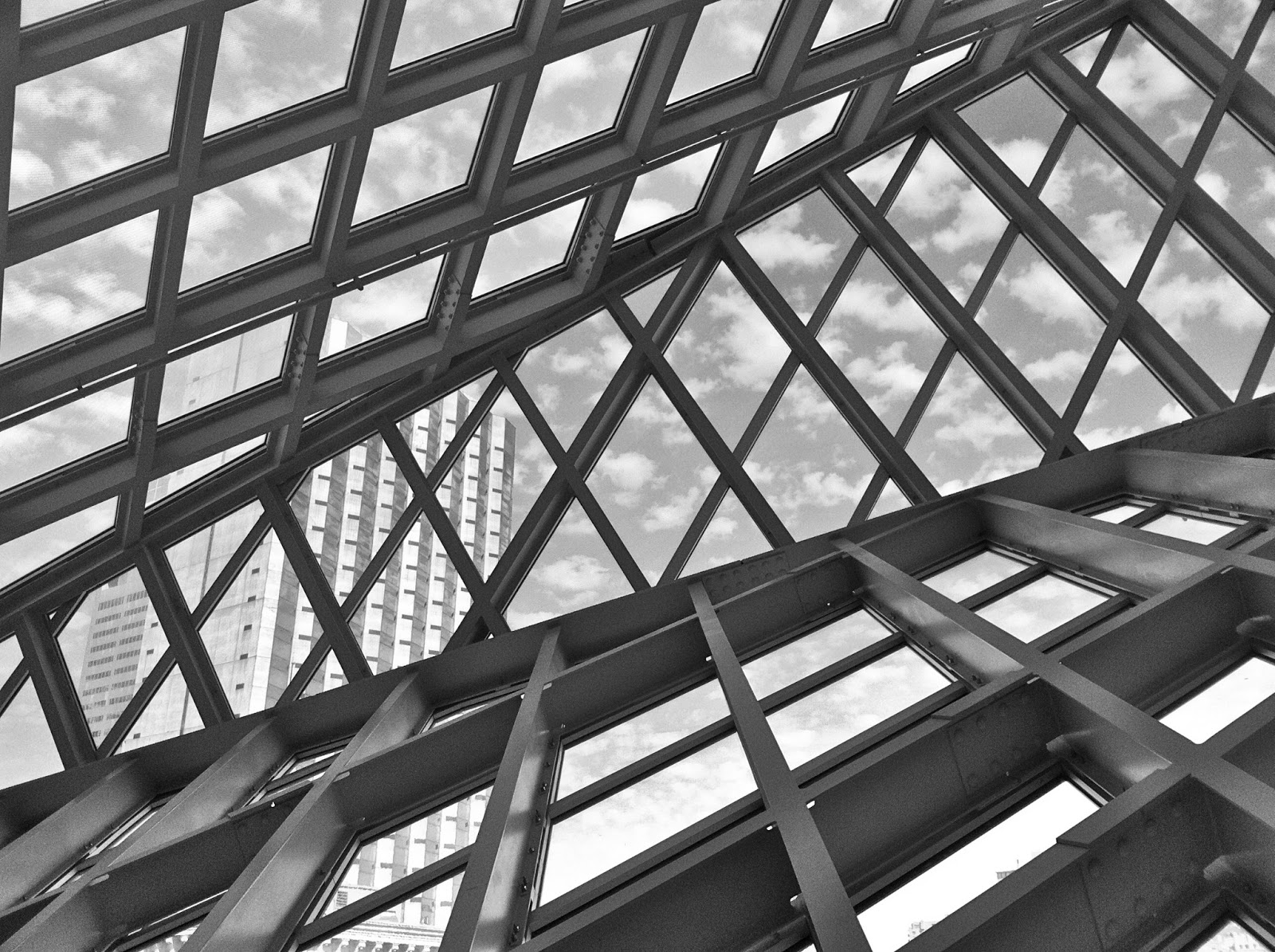 “I’m beginning to feel like this blog should be called 52 months at the rate I’m going,” writes composer Madeleine Cocolas. She is commenting on the status of a projected series of 52 weekly projects throughout 2013. She is also being a little unkind to herself, a little disingenuous, since as of the final week of June her effort has yielded 20 of the 26 pieces she might have completed by now. That is a fairly solid accomplishment.

Cocolas was born in Australia and lives in Seattle (where the above photo was shot by her). Her “Week 20 Project” is tagged “ambient classical,” a fitting association. It’s an elegant work, a spare piano line lingering amid a deep echoing space, shimmering shards heard deep in the background. In time the space between shard and piano is filled with an additional line, a deep swell of sound that gently nudges past the elegiac stasis of repetition toward something more melodic, if waveringly so.

She writes, in part, of the piece:

For my Week Twenty Project, I again trawled through the old hardrive I told you about a few weeks ago and found a little piano loop I wrote back in 2005 that I’ve incorporated into this weeks’ project. It’s the repetitive piano background that starts the piece off and plays throughout. I’ve also got it playing in reverse through the piece as well.

Around the 45 second mark I’ve added some more piano and some bass clarinet (a stunning instrument that I really haven’t delved into properly yet). I think the result is a pretty calming and tranquil peace that is also hopefully filled with gentle optimism.

Track originally posted for free download atsoundcloud.com/madeleine-cocolas. More from Cocolas at madeleinecocolas.blogspot.com, where she is documenting her 52-week project. 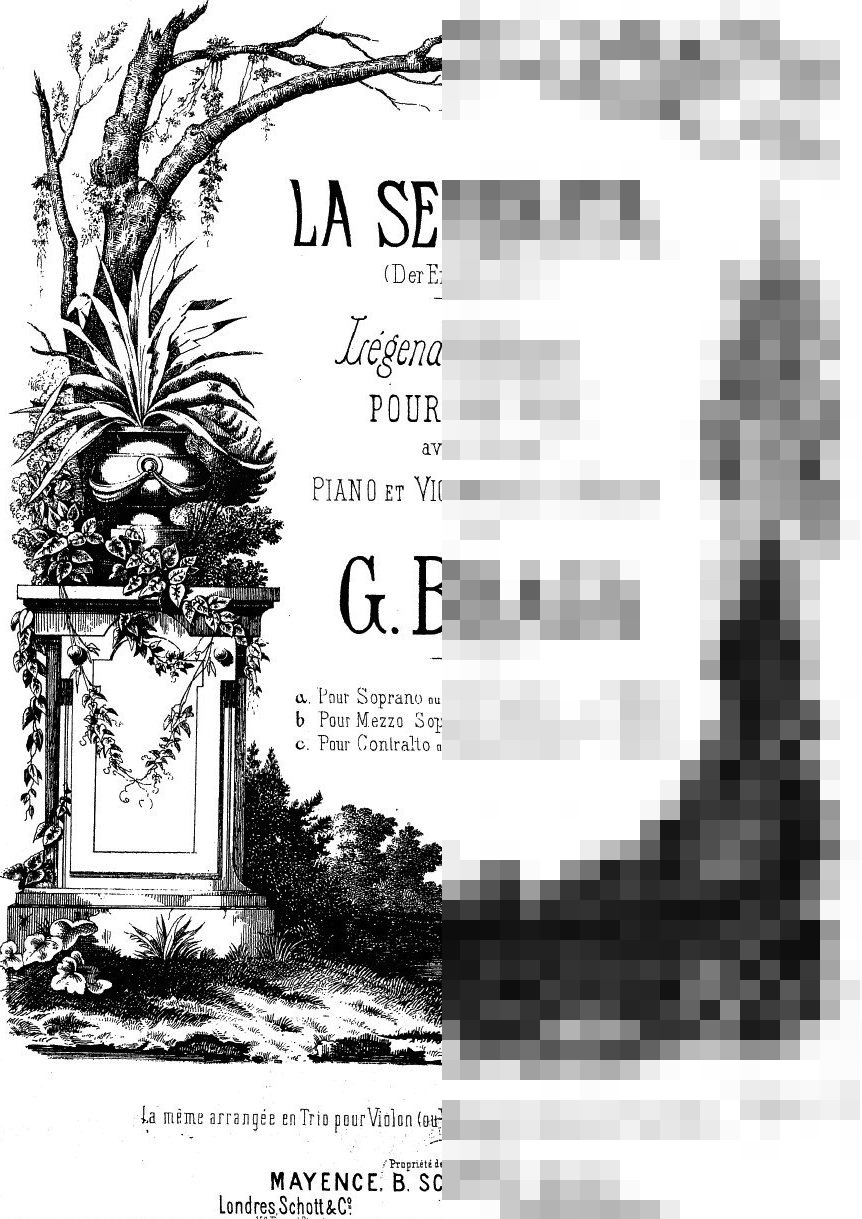 The composition at the heart of this week’s project is mentioned prominently in the Anton Chekhov short story “The Black Monk”:

One day he was sitting on the balcony after evening tea, reading. At the same time, in the drawing-room, Tanya taking soprano, one of the young ladies a contralto, and the young man with his violin, were practising a well-known serenade of Braga’s. Kovrin listened to the words — they were Russian — and could not understand their meaning. At last, leaving his book and listening attentively, he understood: a maiden, full of sick fancies, heard one night in her garden mysterious sounds, so strange and lovely that she was obliged to recognise them as a holy harmony which is unintelligible to us mortals, and so flies back to heaven. Kovrin’s eyes began to close. He got up, and in exhaustion walked up and down the drawing-room, and then the dining-room. When the singing was over he took Tanya’s arm, and with her went out on the balcony.

This assignment was made in the evening, California time, on Thursday, June 27, with 11:59pm on the following Monday, July 1, 2013, as the deadline.

The 78th weekly Disquiet Junto project revisits the most popular project in the year and a half thus far of the ongoing Disquiet Junto series. It’s a shared-sample project. Everyone will work from the same source audio, which is provided below. You will take the provided sound sample and from it make an original work. You will do this only by subtracting sound from the sample. You won’t add anything to it. You won’t slow it down. You won’t speed it up. You won’t cut it up, and you won’t otherwise reorganize its contents. You won’t play it backwards. You will only “remove.”The word “remove”is up for interpretation — but generally speaking, I’d say that it means various acts of lowering the volume of a narrow or wide band of the audio spectrum for either a short or long period of time. And, of course, “lowering the volume”can be interpreted to mean muting outright. The act here of “removing”is the sonic equivalent of sculpting something from a solid block.

The track that will be the focus of our collective effort is a 1902 recording by the Edison Symphony Orchestra of “Angel’s Serenade,” or “La Serenata,” by composer Gaetano Braga. This link goes to the source MP3:

Length: Your piece will, due to the nature of the assignment, be the exact same length as the original recording on which it is based: two minutes and seven seconds (2:07).

Title/Tag: Include the term “disquiet0078-minusmusic”in the title of your track, and as a tag for your track.

More on this 78th Disquiet Junto project, in which sound is removed from a century-old Edison Symphony Orchestra recording, at:

This track a reworking of a 1902 recording by the Edison Symphony Orchestra of “Angel’s Serenade,” or “La Serenata,” by composer Gaetano Braga. The source audio is from this URL: