The album Au”‹-”‹DelÃ  by Usher and Zreen Toyz brings to mind the early industrial music of Consolidated, Meat Beat Manifesto, and Psychic TV: underground beats undergirded with hushed portent. The set’s four tracks make steady beats seem unsteady by layering in found sounds and muffled vocalizing. As the album proceeds, beats give way, in “Ectoplasmes,” to an anxious haze of broken chimes, backward masked wisps, and shuddering near-subaural drones. The record was released by the Inner Cinema label, more from which at inner-cinema.com.

Get the full set as a free download at innercinema.bandcamp.com. More from Toyz at arcanewaves.blogspot.com.

Yesterday and Tomorrow from Kyoto (MP3)

A lovely track by Nobuto Suda

The latest from Nobuto Suda still bears today’s datestamp, but he is based in Japan, where it is already well into tomorrow. Titled “Note of reposeï¼ˆsketch_13/06/25),” the track is a little over eight minutes of glistening stasis. There are a few notes consistently, if tentatively, eking out a semblance of a tune, but they are echoed and refracted with such attention to detail that they come to form more of a scrim than a melody, a kind of slow-motion shimmer.

Track originally posted for free download at soundcloud.com/nobutosuda1101. Nobuto Suda is based in Kyoto, Japan. More from him at nobutosuda.bandcamp.com.

Dan Trueman talks about metronomes, laptops, and game controllers â€” all tools in his music for the ensemble So Percussion. 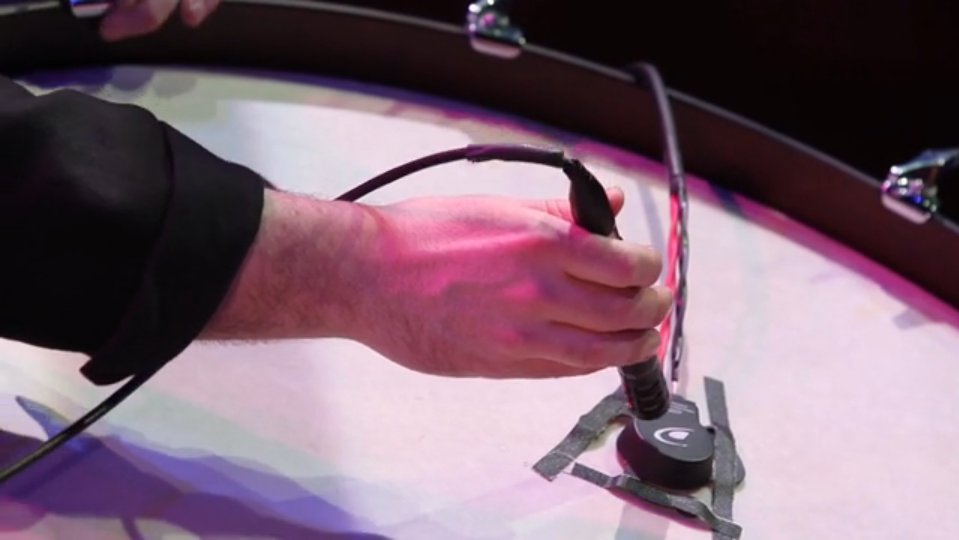 The metronome provides an invisible blueprint for music. That time-tested pendulum timekeeper is employed in analog and digital form by musicians of all stripes. Yet by the time those musicians perform live or in a recording setting, the metronome itself has been relegated back to the closet.

But now, as part of an expansive, highly engaging evening-length program, titled neither Anvil nor Pulley, the composer Dan Trueman has brought the metronome into an unfamiliar role as a performance instrument. Not that there aren’t precedents, notably including György Ligeti’s “Poeme symphonique” (1962) for 100 metronomes, and an even earlier work, “Music for Electric Metronomes” by Toshi Ichiyanagi. But as a testament to Trueman’s ingenuity, the metronome is employed both as object and inspiration: both as a sound source, and as a touchstone for a variety of metric and percusssive explorations.

And, furthermore, the metronome is simply one among numerous objects that are used untraditionally in the work. There’s the turntable that plays archaic fiddle music — or at least what appears to be archaic fiddle music, except that it’s actually original work by Trueman, to which he added the patina of vinyl surface noise. There are controllers (“tethers” as he calls them) that date back to a decade-old golf video game. There are speaker drivers attached to large acoustic drums (see image up top). There are the laptop computers, a tool that Trueman has actively pursued in PLOrK, the Princeton Laptop Orchestra, which he and Perry Cook cofounded in 2005.

These matters of material culture are key to Trueman’s compositional efforts. As he has written in regard to the title of the work: “Unlike the anvil or pulley, the computer hides its purpose–to strike or yank will only break. What is this ‘tool’ we call a computer?”

In an extended interview-via-correspondence, Trueman discussed at length the role that these varied objects play a role in his compositioanl practice; about the collaborative give and take involved in working with So Percussion members Eric Beach, Josh Quillen, Adam Sliwinski, and Jason Treuting; about his teaching at Princeton; and about why the word “classical” just doesn’t cut it anymore.

This is a preview of the music from the album, which was released by the Cantaloupe label on May 28, 2013:

This is a video of the work performed live in full:

Marc Weidenbaum: This is an overly long opening question, but please take that as an expression of enthusiasm. I want to start the interview by focusing on the opening parts of four of the work’s five parts. All but “Feedback,” the Bach exploration, begin with very quiet sounds: the surface hiss of vinyl, the tiny tick of the metronome. I’m fascinated by the employment of these elements, because I have come to wonder — not just in your music, but in that of Arvo Pärt and Max Richter, not to mention people like Steve Roden and Carsten Nicolai — how much they represent a compositional approach that comes after not only the introduction of recorded music, but after the introduction of the CD and, later, digital audio files. Do you see that as “new,”somehow, the composer’s comfort with sounds that might, before 1980, or perhaps 1880, not have been inherently presumed to be audible to an audience?

Dan Trueman: Absolutely. My way into electronic music back in the day was through the electric violin, and the main attraction to me was not being able to play loud, but being able to play soft, and have the details magnified and audible. So, for instance, the noise of barely speaking ponticello or tasto on the violin strings with all the whispery harmonics, the gentle grit of the rosined horse-hair on steel; these were elements that were practically unavailable before amplification.

Which means that I’m not really answering your question! But, what I think it means is that my attraction to the qualities that the very soft sounds have, and the fact that they were now available through amplification, led to an interest in a whole world of sounds that wouldn’t have been practically available, or considered “musical.” So, record hiss, the drop of the needle, the minute click of a single digital sample (which sounds like a digital artifact, and is traditionally avoided in “computer music”), all of these are now part of a larger world of small sounds that are inherently technological. For me, these are part of the palette, the way traditional instrumental sounds are. END_OF_DOCUMENT_TOKEN_TO_BE_REPLACED 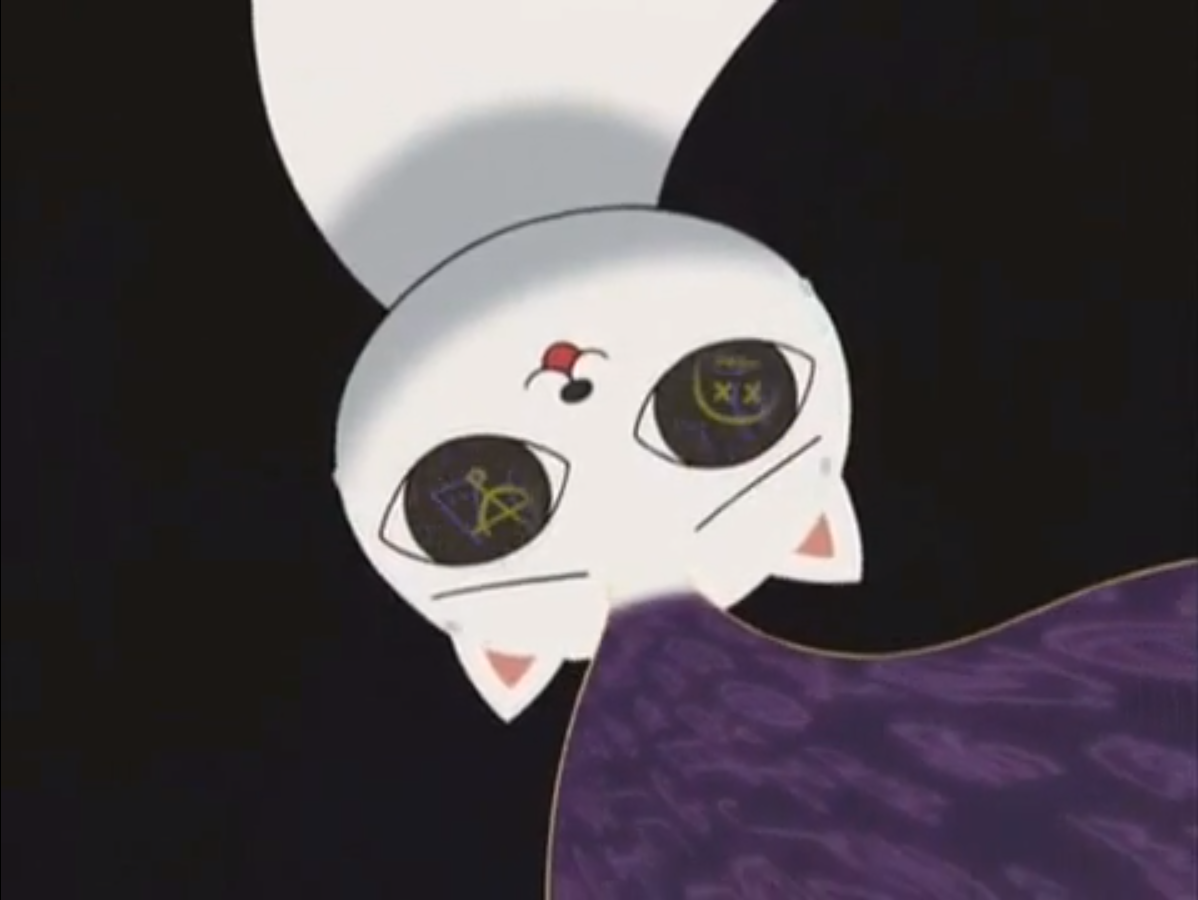 The artist who goes by johnny_ripper on SoundCloud refers to one of his latest tracks, “Cat Soup,”as a “love letter”to the Japanese animator Masaaki Yuasa. Ripper goes on to explain, “95% of this song is music and sounds from the movie *Cat Soup*,” a decade-old Japanese anime that Yuasa created. The anime itself, an abstract and psychedlic journey into sublime weirdness (still image above), had little in the way of score (at least in its first third, which is shown streaming below), depending instead on much in the way of sound desgin elements like wind chimes (see screen shot below), insects, and other everyday noises — as well as on the unintelligible voices of massive spiritual forces and strange beasts. 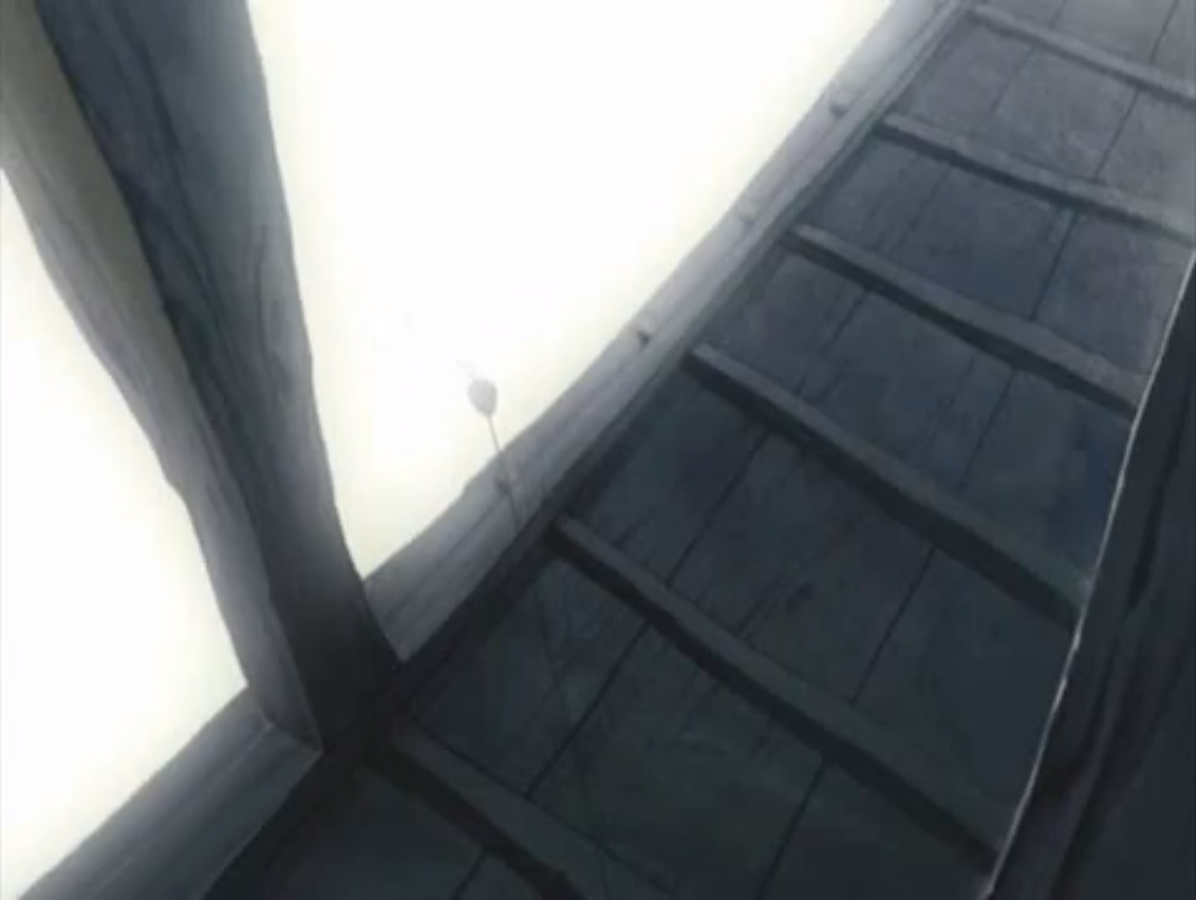 Ripper has taken these sounds and managed to both keep them recognizable from the source material, and yet construct from them a jittery, glitchy instrumental pop song that captures the original film’s more cheerful aspects.

Track originally posted for free download at soundcloud.com/johnny_ripper. The musician is based in Montréal, Canada. More from him at twitter.com/johnny_ripper and johnnyripper.bandcamp.com.

Here, for reference, is the opening part of the Cat Soup, which appears to be much more oriented toward sound design than score, though Yutoro Teshikai has a credit for music:

A Sardinian in Berlin (MP3)

A new track by Menion 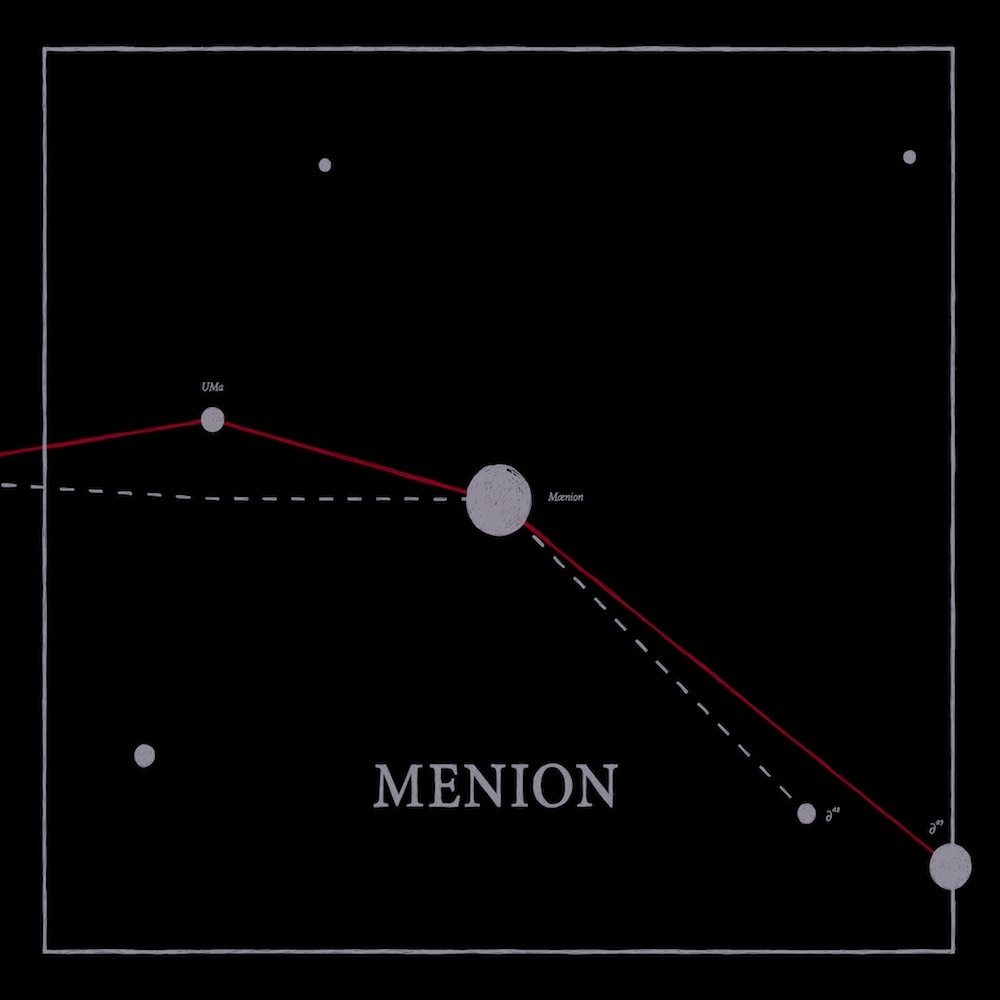 A Sardinian musician living in Berlin the past two years, Stefano Ferrari records and performs as Menion. His new album, the self-titled Menion, was released earlier this month by the excellent La Bél netlabel, and what follows is the fourth of its ten tracks. The piece runs the gamut from gentle vibrating ambience to glitched-out guitar effluvia. It sounds more like a teaser collection of sample segments or a mini-suite of short-attention-span bits and pieces than a standalone track, but that is what it is. Among the several things that make it hold together splendidly is an interesting contrast, in that the vibrant passages are austere while the mellow ones are warm and enveloping — which is to say, it cools down when it heats up.