From Germany's Phyrnis and the Euphoric Hum

Phyrnis and the Euphoric Hum, both of whom are based in Germany, recorded this lowkey noise survey back in December 2012. The deep swells of static and the sweltering whorls of droning distortion are handled with a welcome sense of restraint. Even more welcome are the touches of piano that enter about a third of the way through, like bits of Cecil Taylor imposing from a neighboring rehearsal room. Later still comes a female voice, and then the restraint is bypassed in favor of alien-invasion cacophony.

Track originally posted for free download at soundcloud.com/floracenter. More from Euphoric at theeuphorichum.bandcamp.com. More from Phirnis at phirnis.de.

The Project: Use the sounds of interstellar space to make "goodbye music" for the Voyager 1 space probe.

This assignment was made in the evening, California time, on Thursday, September 12, with 11:59pm on the following Monday, September 16, 2013, as the deadline.

This week’s project is as follows. On its voyage beyond the bounds of our solar system, the Voyager 1 recorded two bursts of sound, which NASA has uploaded as part of the information video at the following URL:

Those sounds will serve as the source material for your track. Now that Voyager 1 has left the solar system, you will write a short piece of goodbye music to send it on its way, using these sounds recorded in the outer space. You can add whatever you want to them, and you can transform the noise as you see fit, but you should retain elements of the original source material so that it remains recognizable to the listener. In particular, pay attention to the source audio’s melodic content.

Length: Your track should have a duration of of between one and five minutes.

Title/Tag: Include the term “disquiet0089-vger”in the title of your track, and as a tag for your track.

More on this 89th Disquiet Junto project, in which the sounds of interstellar space are used to make “goodbye music” for the Voyager 1 space probe, at:

Source audio courtesy of NASA/JPL-Caltech/University of Iowa via:

Special thanks to Mark Ward (mark-ward.org) for having suggested this material as the subject for a Disquiet Junto project. 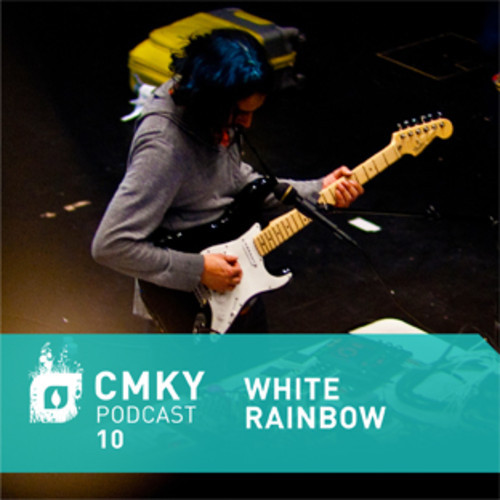 Over the course of the past week, the SoundCloud account of the Boulder, Colorado”“based cultural organization Communikey (aka CMKY) has been uploading a heap of recordings from its past festivals. One highlight is a nearly 40-minute performance by White Rainbow, aka Adam Forkner of Portland, Oregon, taped back in 2010 at the Black Box, which is on the University of Colorado campus. In a brief descriptive note, Communikey explains that Forkner/Rainbow “builds his sounds from the unassuming means, relying on his voice, guitar and a selection of pedals and electronics.” The result is a stuttery haze, somewhere between Meat Beat Manifesto’s low-key industrial beats, Christopher Willits’ glittering stasis, and Herbie Hancock at his most broken-funky, if such a thing could be imagined.

Molly Sheridan asked me some great questions about the online music community.

The Disquiet Junto by the numbers:

569: number of subscribers to the tinyletter.com/disquiet-junto email newsletter

372: number of musicians responsible for those 2,533 tracks

71: number of tracks submitted to the most active weekly project

18: seconds in length of shortest project (a mini-suite based on the Vine app)

4: number of days from project announcement (Thursday) to deadline (Monday)

4: number of live concerts thus far (one each in Chicago, Denver, Manhattan, and San Francisco)

1: number of moderators (that is, it’s just me)

0: number of weeks we’ve taken off

Major thanks to Molly Sheridan for today having directed the attention of the excellent newmusicbox.org audience toward the Disquiet Junto, the weekly series of music projects. The above numbers came in response to her request for me to “quantify” the project. It’s the response to one of seven great questions in the interview she posted today, “Sounds Heard: The Disquiet Junto,” which also includes six tracks from past projects that she elected to highlight. Here’s one more bit of the Q&A:

MS: While I haven’t participated myself, it’s been my impression that the restriction provided by the assignment is key but that discussion of the employed method(s), a sort of “show your work,”is also central. There’s an outsider input and public process to the music making. Even though we often talk about the digital cocooning that new technologies allow, this is a reversal of that in some ways through technology—bringing others into what is often normally a private creative space for just one artist.

MW: Yeah, I agree entirely. I think three key things are essential to the Junto’s success. The restraints and the deadline are big, but so too is the knowledge that not just an audience but an audience of peers is at the ready: to listen, give feedback, befriend, collaborate with. As for the “through technology,”as you put it, absolutely: this project exists specifically as a means of utilizing the SoundCloud interface. I’m not saying it would not have existed otherwise, but it exists as it does to make the best use of that virtual public space as SoundCloud both intentionally and unintentionally happened to have designed it.

Read (and listen to) the complete piece at newmusicbox.org.

Work toward an MFA in design by Zachary Todd Barr

At the start of the year, composer Zachary Todd Barr made, for 32 days straight, recordings of sounds from what he describes as “the domestic interior.” There was handwriting on day 31, dishwashing on day 29, and dusting on day 23, just to name a few. Some of the pieces are more intentionally musical than others, such as a highly rhythmic, if occasionally chaotic, piece “created from the wood and glass of kitchen cabinets”:

In other pieces, the selected sound is heard amid the general noises of daily life, including the drone of ventilation what must be the voices of people nearby. According to a brief bio on his website, Barr has degrees in music and physics, and he is currently pursuing an MFA in interior design at the Parsons the New School for Design: “a focus on what lies in the overlap between interiors, sound, interactivity, and performance.” Which explains why his recordings are listed as “Sounding Domestic / Thesis Journal.” More from Barr at zacharytoddbarr.prosite.com.