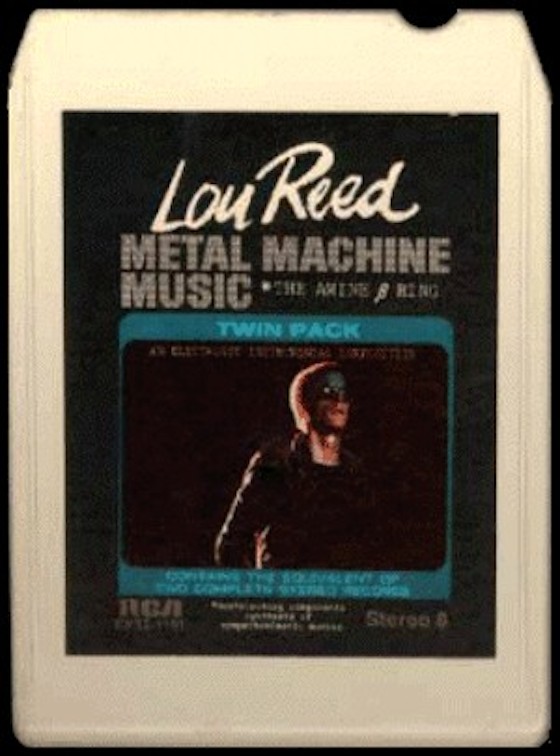 This assignment was made in the afternoon, California time, on Thursday, October 31, with 11:59pm on the following Monday, November 4, 2013, as the deadline.

Length: Your track should have a duration of between one and five minutes.

Title/Tag: Include the term “disquiet0096-metalmachine”in the title of your track, and as a tag for your track.

More on this 96th Disquiet Junto project, in which metal machine music is made in tribute to the late Lou Reed, at:

How Hearing Shapes Your Fortune 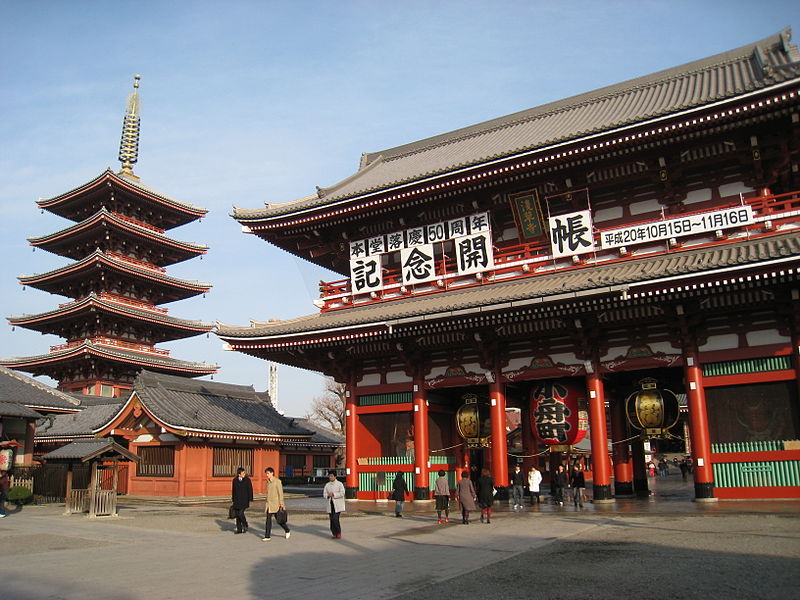 Rhode Island”“based Seth S. Horowitz, author of The Universal Sense: How Hearing Shapes the Mind, is currently taking a busman’s holiday in Japan, recording sounds as he travels. He’s posted the first of these, taken at the Senso-ji Temple in the Asakusa district of Tokyo.

Writes Horowitz of the source event:

A 100 yen coin is deposited, a metal box full of joss sticks is shaken until a numbered stick falls out. The fortunee then opens a wooden drawer corresponding to that number to obtain their fortune.

I have an essay on Raster-Noton in a new Red Bull Music Academy book.

For a few months there’s been a small note in the Current Activities part of this website’s left-hand sidebar mentioning something cool due out toward the end of the year. It isn’t my Aphex Twin book for the 33 1/3 series, Selected Ambient Works Volume II. That’s due out February 13, 2014. No, this is an essay I have in a forthcoming book from Red Bull Music Academy. The book is For the Record: Conversations with People Who Have Shaped the Way We Listen to Music. As the title suggests it is a compendium of new conversations between musicians — excellent pairings (and threesomes) that highlight parallels and contrasts. I used to love assigning these sorts of things when I was a full-time music editor. I think my favorite I ever put together was, back in 1993, asking the music critic Martin Johnson to get Randy Weston and La Monte Young in a room to talk about the blues.

In addition to the conversations, For the Record features introductions to all the involved musicians, and for my part I wrote about the pair Carsten Nicolai (aka Alva Noto) and Olaf Bender, who together run the Raster-Noton record label and in the book talk shop with Uwe Schmidt (aka Atomâ„¢). It was a pleasure to spend time luxuriating in their work, which often whittles the rhythmic intent of techno down to myriad displays of patterning. In addition to discussing the Raster-Noton label, the piece covers their work individually (such as the parallels between Nicolai’s music and his Moiré Index and Grid Index design books), and their Diamond Version band, which has released music on Mute and opened on tour for Depeche Mode. The For the Record book is already out in Germany, and arrives in the U.S. in November. In early December I’ll post the text of my Nicolai/Bender piece on Disquiet.com. 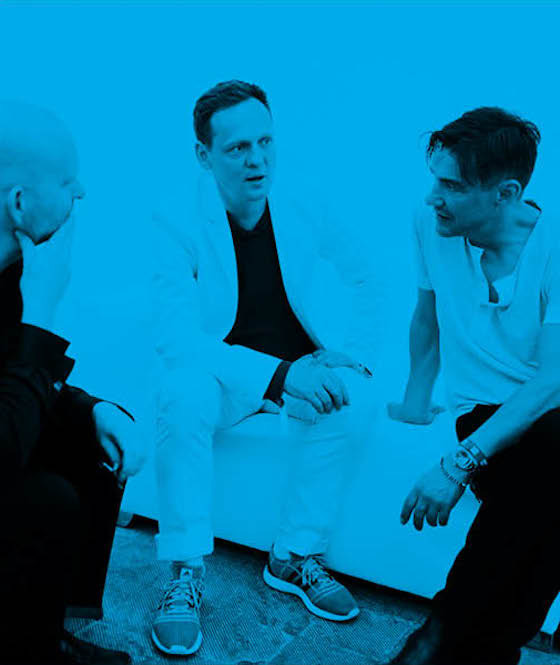 Here’s a full list of the conversations in For the Record:

The full list of essay contributors is as follows. Great company to be among:

More on the book For the Record: Conversations with People Who Have Shaped the Way We Listen to Music at rbma15.com.

(Photo of — from left to right — Schmidt, Nicolai, and Bender by Dan Wilton. It appears in the book.)

Attenuation and haze from Kenneth Kirschner

Kenneth Kirschner has posted one of his characteristically attenuated compositions to SoundCloud. It is a beautiful piece that hovers gracefully between the sonic realms of chamber music and digital synthesis. There are pulled bows and plinked keyboard notes, but also a wistful haze that is as if the surface noise of some moribund recording media had become part and parcel of the composition. The piece is titled “September 13, 2012,” as each of Kirschner’s works bears as its title the date of its completion. 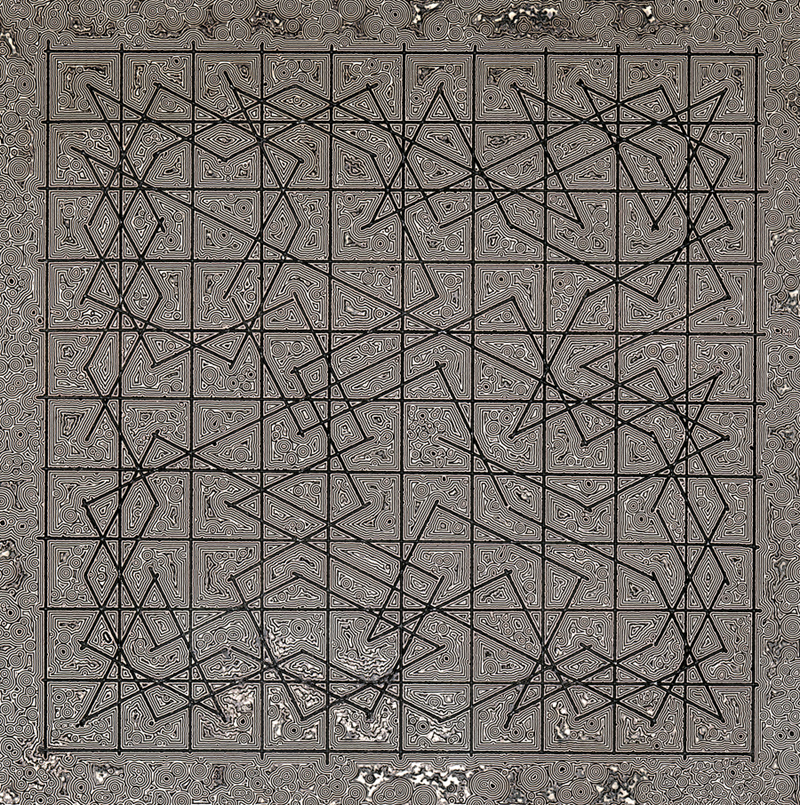 On Saturday, November 9, I’ll be running a music and sound workshop from 2pm to 5pm at the San Francisco Art Institute. The workshop is part of a week-long series of events titled Subtle Channels: an OuLiPo laboratory. Here’s a brief description of Subtle Channels:

This multi-day celebration, presented by City Lights Booksellers & Publishers in conjunction with the Mechanics’ Institute Library and the San Francisco Art Institute, brings together members of the Oulipo and West Coast creators to trace potential literature from its origins to the present day and into the future, with discussions, readings, and participatory workshops.

Others presenting and presiding over workshops at Subtle Channels include Paul Fournel, the president of the Oulipo, as well as Hervé Le Tellier, Daniel Levin Becker, Rachel Galvin, Roman Muradov, and Doug Nufer.

Participants will produce a variety of original works in response to concise instructions, such as a medley of everyday noise, a fragmenting autobiography, and an exercise in municipal minimalism. Musicians and non-musicians are welcome.

To make the best use of the time, please bring a smartphone or other device capable of recording sound, and a laptop with Audacity or another sound-editing tool pre-installed. Basic ability to manipulate (cut, paste) audio would be beneficial, but tutorial assistance will be available on site.

The various projects that afternoon will draw from the approach of the weekly Disquiet Junto projects on SoundCloud, which use creative restraints as a springboard for productivity.

There is no fee for participation, but advance sign-up would be appreciated. There’s a sign-up sheet at the front counter at City Lights Bookstore (citylights.com) in North Beach, or you can reserve a spot by sending an inquiry to [email protected].

My sound/music workshop is one of three running on November 9. There will also be a cartooning event, led by Muradov, and writing events in both English and French. There are events earlier in the week as well, on Wednesday, Thursday, and Friday. Participants will share their work at an evening show-and-tell event.

More on Subtle Channels: an OuLiPo laboratory, which runs from November 6 – 9, 2013, at subtlechannels.tumblr.com.

The above image is Pierre Cordier’s “Chemigram 31/7/01: Hommage Ã  Georges Perec”from the collection of the Victoria & Albert Museum, London.