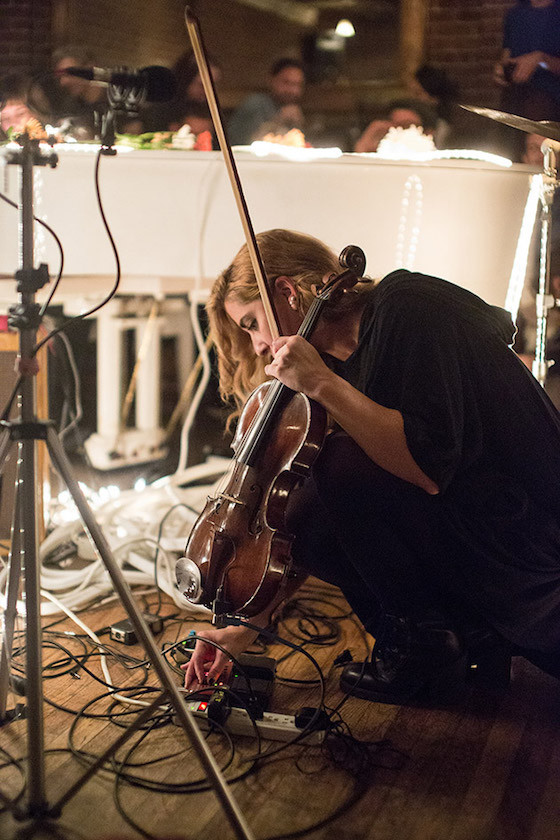 Jeanann Dara plays viola and she works in electronic music, two directions that often combine toward appealingly unfamiliar ends. “RSVN” is a live performance for looped and delayed samples of her viola. It isn’t just the strings, bowed slowly or plucked concertedly for maximum tension, that make their way through her battery of technology — though squiggles and flurries and truncated snippets are the core of the piece. So, too, are the slaps against the wood, and tiny little fractures of happenstance sound.

The result is a rhythmic meditation on the tonality inherent in her instrument. To hear bits of the viola on repeat is to hear the organic turned into a machine, as nuances are frozen into employment as compositional elements.

Track originally posted at soundcloud.com/jeananndara. More from Jeanann Dara, who’s based in Brooklyn, New York, at jeananndara.com and at twitter.com.