What Was Then the Future 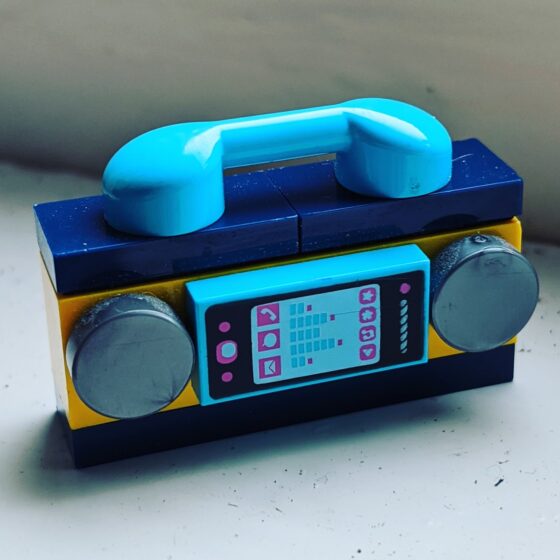 I’ve always taken this Lego figure to be a boombox, but I’ve come to recognize that the handle is a phone, and the screen interface on the front seems to be phone-like, as well. Perhaps the pieces were repurposed from other initial uses? Perhaps it’s a prototype for the boombox phone of what was then the future.

(In unrelated news, that is, indeed, ash from the NorCal fires on the window ledge.)

"Helena" from the artist Oberlin

“Helena” is the center-most track of the 11 that comprise Übersee, a new album by Oberlin, the name under which Alexander Holtz records. The full album is on Bandcamp. This piece was uploaded to SoundCloud as an example. Its six minutes are like a premonition transformed into sound. It’s haunting stuff, all tunnel wind and interference hum, beats no louder than a pin prick, and no less sharp.

This is another great set from the Uganda-based synth musician Afrorack, aka Brian Bamanya. It has a more limited sonic palette and more intricately rhythmic intent that the live performance I mentioned earlier this month, and those two aspects serve each other well. The frequently crossing patterns sound like steel percussion, and the slight tweaks of pitch bring to mind hand drums. Those subtle contrasts set the stage for how the individual pieces rotate through the set. Check out the 9:30 mark as an off beat is introduced and then slowly takes over. I listened to all 30 minutes of this several times in a row this afternoon.

Video originally posted at youtube.com. More from Afrorack/Bamanya at bamanyabrian.com.

▰ If you’re tired of me recommending Jon Hassell’s latest album, then please allow me to recommend a record by one of its featured contributing musicians, guitarist Eivind Aarset. Snow Catches on her Eyelashes, released back in March on the Jazzland label, teams Aarset and Jan Bang on what could be the film score to a slow-burn science-fiction noir, all otherworldly tonalities transmuted through digital processing. Nils Petter Molvær (trumpet), through whose band I first experienced Aarset many years ago, is among the guests.

▰ Maximalist ambient music — orchestral and soaring — created from, of all things, the sound of an air horn. Better yet, it’s a multi-track video (using the SP-404, usually associated with beats). Recorded by the UK-based musician Morn Valley. 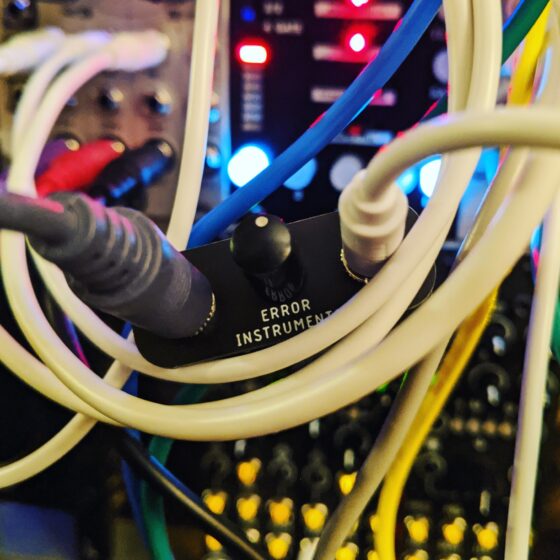 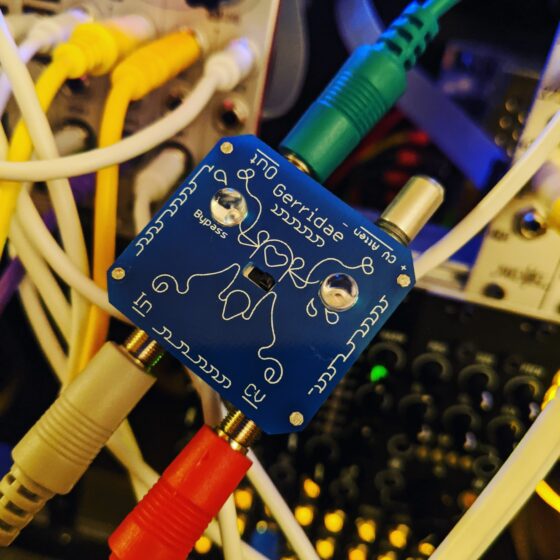 Modules from the Eurorack format of modular synthesizers are measured, in terms of width, by what are called “HP.” The letters stand for “horizontal pitch,” which equals a fifth of an inch. Modules are placed alongside each other in cases, and some ingenuity and space-consciousness can be required when putting together a system. You can see such standard modules, out of focus, in the background of the above two photographs. Functional modules are generally between 4HP and 30HP, but start as low as 1HP and seem to get both wider and narrower with each new release, pushing both ends of the spectrum. On the low end, there’s a wide range of 2HP and 3HP devices.

However, the modules can get smaller still. There is a growing number of modules not intended to be in a rack at all, but instead to hover above the rack, held aloft by the very cables that are plugged into them. These are so-called 0HP modules (that is: zero HP). Pictured here are two such ones I recently obtained. On the bottom, from the small company Schenk.work, is the Gerridae, which is named for the water strider bugs. The one up top, from Error Instruments, is named the Flying Attenuator. There’s a company called Mystic Circuits that specializes in 0HP modules. Whether floating or soaring or on the spiritual plane altogether, these add handy functionality without taking up any precious room.