These sound-studies highlights of the week are lightly adapted from the May 23, 2022, issue of the free Disquiet.com weekly email newsletter This Week in Sound (tinyletter.com/disquiet).

▰ There is “a species of bat that mimics the buzzing sound of stinging insects like hornets to deceive owls that might otherwise eat them.” This rare circumstance is called acoustic Batesian mimicry. “Mimicry is just such a powerful idea in science and evolutionary biology in particular,” said an evolutionary biologist, David Pfennig. “It shows how you can get remarkable adaptations even among really distantly related groups.” ➔ nytimes.com

▰ “For the past several years, Youssef Sherif, 28, and Nehal Ezz, 26, have wandered the Egyptian capital in search of the cries of street vendors, the tap tap tap of metal workers in their shops, the cacophony of chaotic traffic. Their goal is to capture in recordings what Cairo sounds like — right here, right now — before these noises disappear. They are collecting the sounds to share on an Instagram account and eventually hope to establish a searchable database of sounds.” This Washington Post story does a great job of incorporating examples of the sounds into the feature presentation. ➔ washingtonpost.com (Thanks, Rob Walker!)

▰ A lawsuit claims that the eardrums of a 12-year-old boy were damaged by Apple AirPods. The cause, with some irony, was an Amber Alert, which of course was designed to protect children from abduction. ➔ macrumors.com

▰ UC Berkeley graduated its first two students with apraxia, due to which they are non-speaking. Both are autistic. One, David Teplitz, “graduated with a 3.85 GPA, receiving a degree in political science with a minor in disability studies.” The other, Hari Srinivasen, “graduated with a 4.0 GPA and has now received a fellowship to pursue his Ph.D. in neuroscience at Vanderbilt University.” ➔ abc7news.com

▰ Come to Jennifer Flowers’ article in the current issue of Bloomberg Businessweek (probably my single favorite magazine, I should mention) for details of birders who listen before they look (birding by ear, not by eye), and then stay for the former guerrilla fighters in Colombia who now escort naturalist travelers: “Once you get to know your own territory and realize there’s a rich and biodiverse forest to protect, you won’t go to war,” one tells her. ➔ bloomberg.com

▰ McDonald’s used voice ID to identify repeat customers, leading to a lawsuit. American Airlines, Amazon, Google, and PetSmart have also faced lawsuits about voice privacy. ““Voiceprint litigation is venomous instead of infectious,” says one lawyer. “It goes in so many different directions, every case is so different, and it’s still growing.” ➔ bloomberglaw.com

▰ “What is this weird animal sound I recorded?” asks my friend Mark Frauenfelder, on Boing Boing, recently returned from a trip to the island of Madeira: ➔ boingboing.net

▰ Yes, you want to know how to silence someone else’s phone’s alarm. ➔ macrumors.com

▰ It may mean nothing, but machine listening was listed in the summary of just one of the top ten AI graduate degree programs (University of Illinois–Urbana-Champaign). ➔ cio.com

▰ A new pair of Sony headphones come with the Endel software’s generative soundscapes built in. They’re called the LinkBuds. A journalist who hadn’t heard previously of Endel described it as follows: “It’s less a standard streaming service like Spotify and Apple Music, and more an algorithmically generated mood enhancer.” ➔ techcrunch.com

▰ “The US Federal Communications Commission has prioritized fighting illegal robocalls over the past few years, and the agency continues to turn up the heat in 2022. Last week, the agency passed regulations targeted at overseas phone scammers, but the push to end robocalls is far from finished.” ➔ 9to5mac.com

▰ For the Birds is the title of a massive collection of audio recordings of and related to birdsong. There are 242 tracks in all “of original songs and readings inspired by or incorporating birdsong.” The National Audubon Society will release it as a 20-LP box set later in 2022: “A radiant electronic trance from Dan Deacon and a Beatles interpretation from Elvis Costello share space with a Jonathan Franzen reading; Laurie Anderson, Alice Coltrane (remixed), Yoko Ono and a reading from Wendell Pierce open separate LPs.” ➔ nytimes.com

▰ Supercuts can be automated to find every instance of a word from a long single video and trim to highlight the numerous examples. Here’s how: ➔ lav.io

2024: The year when there will be more voice assistants than humans.

0.2: The percent less than which it is estimated of which people actually have synesthesia 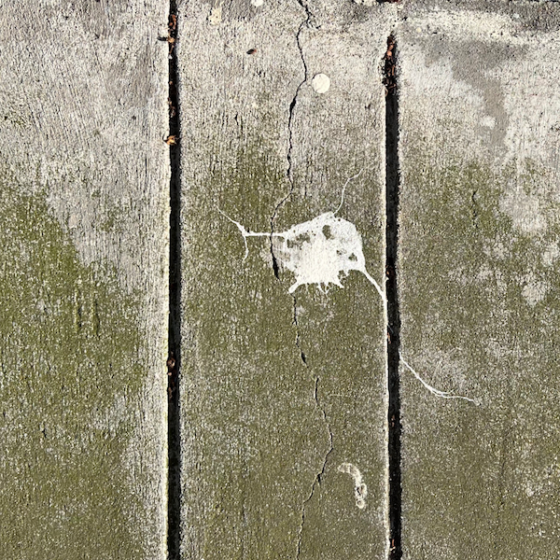 When bird droppings look like a metal band’s logo

▰ Officially have done the This Week in Sound email newsletter 20 weeks in a row: tinyletter.com/disquiet.

▰ Feels really good to get the Junto projects set up the night prior. Thursday feels a little odd, still, because I spent a decade putting the post together and then hitting send. Now I prep it more thoroughly in advance, and it arrives automatically, and I follow up via email.

▰ Says to self: “I’m gonna practice Kenny Burrell’s ‘Chitlins Con Carne’ for half an hour without looking at the sheet music or listening to the track.”

▰ Verb I heard this morning that I will not be employing: “diligencing”

Phrase I used this morning and plan to make more use of: “synth dandruff”

A friend followed up with the quite amazing “laptop dander”

Long day, long week. Have a good one. See you Monday. 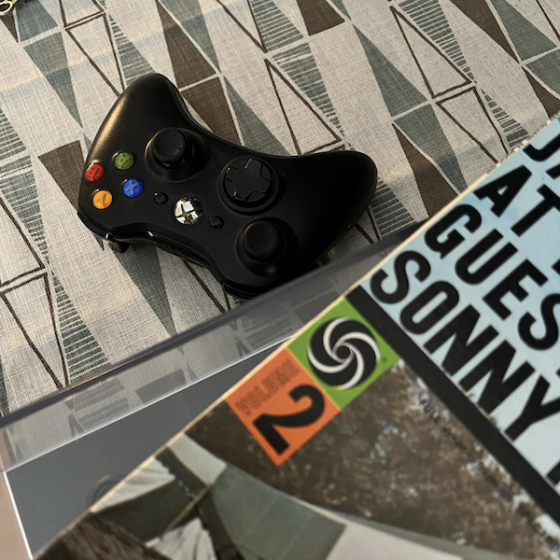