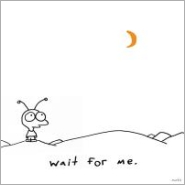 The new Moby track is 3:17 seconds long. The first 38 seconds consist of a loop of tightly constricted sound, what seems like a heavily compressed guitar, set to loop so that the pause between repeats of the loop serves as a sort of rhythmic cue. In the roughly animated video (think Frans Masereel’s sketches turned into a flipbook) he directed for the song, David Lynch (yes, David Lynch) acknowledges the gaps by turning the screen momentarily blank each time it comes around. (The video appears at the bottom of this page.)

Then a very simple, gently weeping guitar line arrives, and along with it a string section, as well as a soaring vocal, but the strings are so muted as to be virtually unrecognizable, and the vocal is so distant that its impact is more ethereal than epic. Titled “Shot in the Back of the Head,” the song has none of the drama that the title might suggest, and it’s really one of the most beautiful things Moby has recorded in a long time. It’s available for free download from his website (MP3, moby.com) as a teaser for his album, Wait for Me, which is due out June 30.