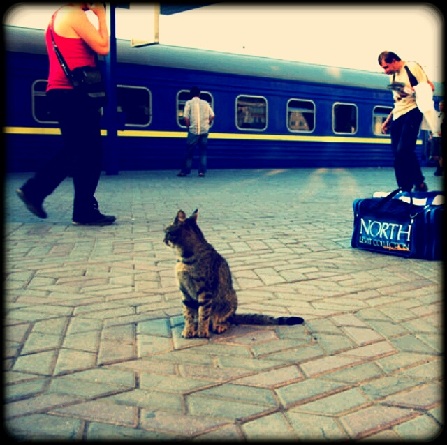 What is better than a clear audio field recording that documents the insanely fast-paced Doppler whir of the German Autobahn en route to Dresden? A clear audio field recording of the sort that appears as merely one among many by transportation-sound enthusiasts. This is the group: The Sound of Airports, Planes, Trains & Train Stations. It is housed at soundcloud.com, and as of this writing has 141 members, of whom 18 have contributed such finds as “London Underground Oxford Circus to Green Park Station,” “The Sound of the Stockholm Tram,” and the aforementioned Autobahn ambience. Many, though not all, are set for free download. The most recent is 29 seconds of bleating train noise, captured by a Ukraine-based individual who goes by the name Deep Sweet:

The beauty of highlighting activity such as Deep Sweet’s is that it is not just a recommendation to check out something, but an invitation to participate.

Visit the group The Sound of Airports, Planes, Trains & Train Stations at soundcloud.com. Track originally posted at soundcloud.com/deepsweet. (Thanks to Brian Biggs of dancerobotdance.com for the tip.)