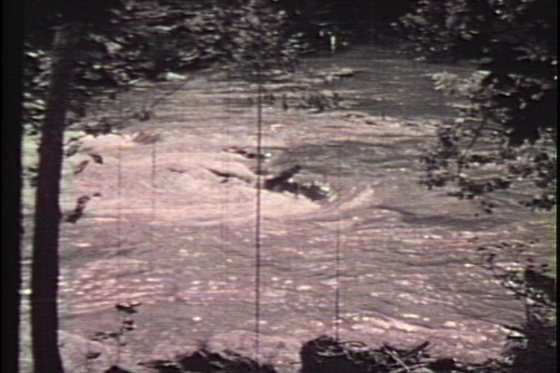 Tokyo-based musician Yasuo Akai lists his piece of music “Be It So” as “w. Chris Lynn,” the latter phrase appearing in a parenthetical after the track’s title. The combination of the letter w and a single period is shorthand for “with” and generally is intended to suggest a collaboration that comes up short of a duet, a piece of music in which one of the two participants is clearly the lead, and the other plays a supporting role. In the case of “Be It So,” the roles are just so. Lynn’s part in it was to provide source material, the “impros/field recordings” from which Akai than constructed his piece. Akai’s work makes the original sounds largely unrecognizable as field recordings, not that we know, for sure, what they sounded like originally. He also moves quickly from a form that suggests a song-like approach to one that embraces a more gestural mode. The song-like sensibility arrives early on, when, 10 seconds in, the initial tones are heard to repeat, suggesting a theme, and while those sounds are heard a subsequent time, it is not in a manner that could be considered a chorus or a verse. Instead there is a sequence of gentle phrases that are at times shot through by a building noise, a welt that sounds like a speaker cone has gone moldy with neglect. Rather than disrupt the softer tones, the rougher passages makes them appear all the more soft by setting them in clear contrast.

Track originally posted at soundcloud.com/yasuoakai. More on Yasuo Akai at thefirstpersonpronountowear.blogspot.com. More on Chris Lynn at framingsounds.wordpress.com. For lack of a visual, the above image is a still from a forthcoming Super 8 film by Lynn.