The Welcome Return of Hexawe.net

Two tracks appeared in June, following a lull since November 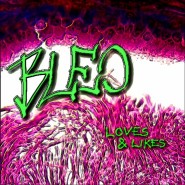 The excellent abstract-beep netlabel hexawe.net produced a steady stream of releases up through November 2011, and then it went as quiet as an unplugged Tempest console. The label had long distinguished itself with tracks that had one foot in the arcade and the other in ”¦ well, where exactly was never quite clear, but it was a place that seemed to prize a certain artful sloppiness, like the avant-pop equivalent of an animated gif image. All Hexawe tracks are produced with the rudimentary Little Piggy Tracker, a simple piece of software described as having been optimized for game consoles. Over at littlegptracker.com it is downloadable for free use, and in addition to an OS X rendition, there are version for the PlayStation Portable and for the Linux GP2X system. Fortunately, Hexawe revived itself last month with a pair of tracks, one by Rhionstrich and the other by B.Leo. The latter is particularly recommended. Leo’s, “Loves and Likes,” lays a groovily modulated synth figure over a gurgling drone that, as the track proceeds, reveals its percussive core — it feels like a lo-bit version of Tron drama (MP3).

The source code and samples that made the Leo release possible are available as a Zip archive, as is the standard mode for Hexawe tracks; definitely of use for those interested in fiddling with Little Piggy Tracker. More on B.Leo at dummydrome.com.