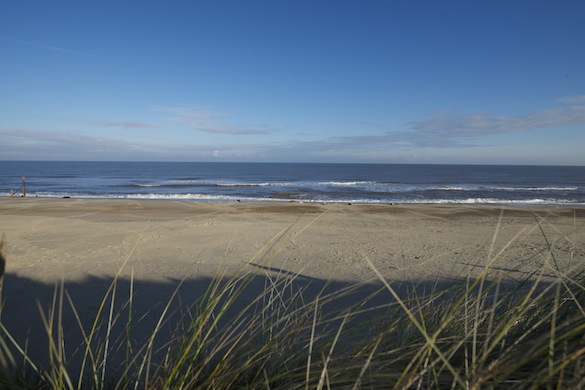 Earlier this week, Touch Editions put together a two-night, three-day field recording event as part of its ongoing 30th anniversary. The event was headlined by Chris Watson, wildlife sound legend — at least to those who pay attention to wildlife sound.

The Touch podcast, over at touchradio.org.uk, has now posted a December 8 recording from Sea Palling in Norfolk, England, to commemorate the event (MP3. It’s the deep white noise of the ocean, and Watson is its anti-Ahab: determined in his pursuit of the ubiquitous. The fidelity and placidity are remarkable.

Track originally posted at touchradio.org.uk for free download. More on the recent event at wildeye.co.uk. The above photo accompanied the original post; it is credited to Sunouchi Motohiro.