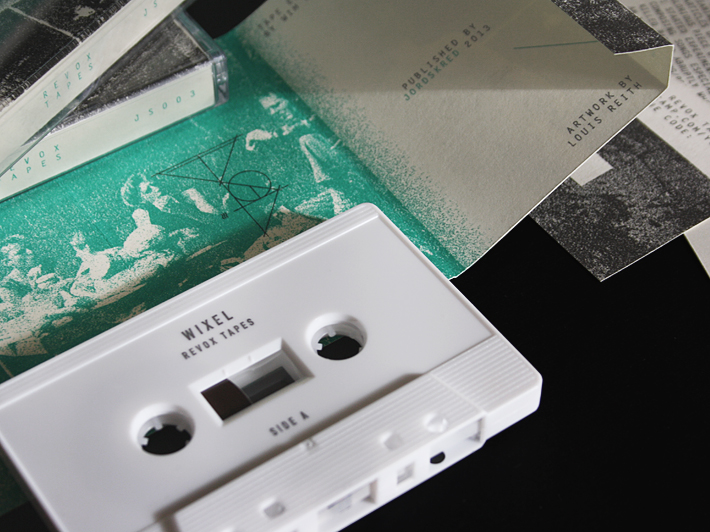 Even were it not titled “Summer Chords,”the gossamer overload of this track by Wixel would summon up aural images of mid-year ease. It’s all gentle pulses loping like sodden sine waves beneath a lightly strummed guitar. The looping quality is inherently nostalgic, and not just for the individual listener’s memories. It also touches on a collective awareness of how the the mixed background haze and foreground guitar bring to mind some of the early collaborations of Brian Eno and Robert Fripp. The song is a single from a release titled Revox Tapes by Wixel, about which he says the following on the website of the releasing record label:

With a little bit of luck my wife found me a dusty old Revox B77 tape recorder. Despite its rickety state, it was love a first sight. Getting it to play a tape was, to my surprise, quite a daunting task, let alone use it to record sounds. But after some loving and some serious cleaning, the record head started moving the magnetic particles of the tape again, sound was stuck onto that glorious piece of moving plastic film.

I started experimenting and recording, with the goal of composing songs especially for it. That ambition got killed rather abruptly when the B77 caught fire after an intense jamming/recording session. All I was left with was strips of sound, of which I was able to compile the some lovely results. Rather than burying it in my shelf of unfinished ideas, I thought a small cassette was a fitting salute to that wonderful machine, where music really became magic again.

The release is cassette-only (along with a download code), making this a contemporary recording both created and distributed on tape.

Track originally posted for free download at soundcloud.com/jordskredmusic. Wixel is Wim Maesschalck, who’s based in Brussels, Belgium. More from him at soundcloud.com/wixel. The label is Jordskred, more from which at jordskred.com; it’s based in Amsterdam, Netherlands.