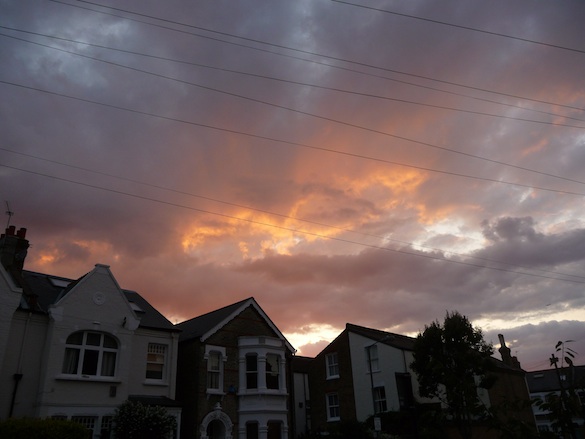 Even by its own relatively taciturn standards, the TouchRadio series has outdone —Â underdone? — itself with the latest entry in its ongoing free MP3 releases. Titled “Urban Dawn Chorus,”the nearly 70-megabyte file, just shy of an hour in length, is a field recording of the title subject, reportedly taped in London — specifically “Balham, south west London, from 0400 HRS 1st May 2013,”which would have been this very morning. No artist is specified, not on the podcast entry page, nor in the track’s metadata. It’s worth noting that TouchRadio regular Jez riley French used the phrase “dawn chorus”in a track’s description back in January, so perhaps that’s a clue. While consisting largely of birdsong heard from varying degrees of distance, the track also, true to its urban title reference, occasionally witnesses the intrusion of automobiles, though their light whir could have, had even less information accompanied the track, been mistaken for a nearby river (MP3).