A teaser track from her January 2014 album 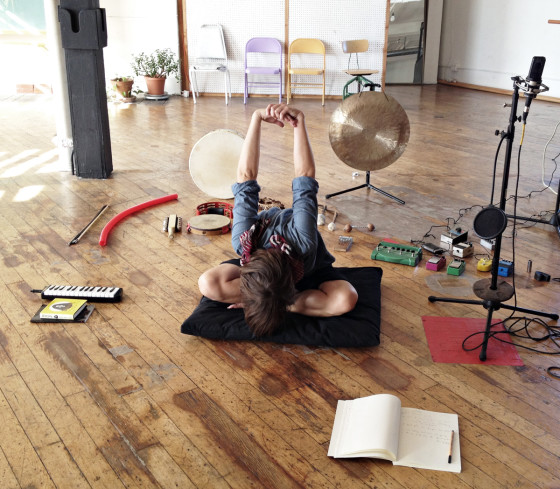 The new album from Tara Jane O’Neil (a founding member of Rodan), Where Shine New Lights, isn’t due out until late January, but its releasing label, Kranky, has posted an initial track for free download. Titled “Wordless in Woods,” it’s a gorgeous, slow-motion, desiccated-folk track. O’Neil’s voice is a solitary component amid a lulling hum, the attenuated guitar played at such a pace that the light feedback of what could be a bum cord often rivals it for presence. For RIYL context, the sense in which the tracks strives to delay each passing phrase brings to mind Earth, while its gentleness touches on Low. The closing minute, an out-of-the-blue reverie, hints at O’Neil’s greater ambition. This is an album to look forward to. Where Shine New Lights comes out January 27, 2014.