Music from What Ails You

Composing in response to injury, by Alison Doyle 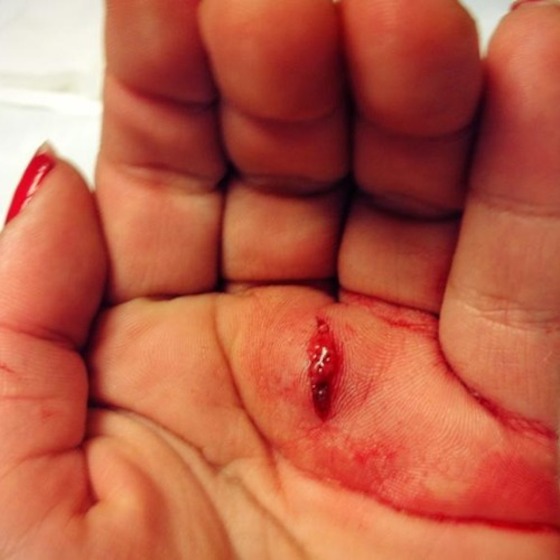 Alison Doyle has not posted a new track to her SoundCloud account in nine months. The last one was less than a minute in length, a field recording of the sound of the Arts Music Building at Cornish College. What is heard is someone’s piano practice, routine stuff, from a distance. The music, the performance, is but a portion of the overall audio, however — the remainder is wind noise and bird song and a significant amount of otherwise everyday ambience. The second most recent Doyle track is also nine months old, and it tells a specific story, in firm contrast to the field recording, which is willfully and expressly quotidian. This other piece, “Bloodwork,” is a slow, steady, explorative piano piece. It takes its time, rarely moving beyond its rudimentary, and yet thoroughly engaging, melodic line.

The rhythm is the thing here. If it sounds like martial music, solemn in its own way, that seems fitting as Doyle wrote at the time that it came out of her experience of damaging one of the core parts of her toolset: her left hand:

Mostly improvised, this piece was written one week after stabbing a knife through my hand. My apologies for the seriously flawed mastering and wonky recording; a work in progress and so thankful I didn’t permanently damage my hand.

As such, the work brings to mind other musicians’ response to injury, such as Brian Eno’s sick bed revelation, as he recounted in his liner notes to his Discreet Music album in 1975, which laid the groundwork for his ideas about ambient music, as well as Nils Frahm’s 2012 album Screws, which took its title from the items in his hand after he damaged it. Frahm, like Doyle, is a pianist. The Disquiet Junto, shortly after the release of Screws, did a collection of reworkings of his recording, essentially adding our collective fingers in the temporary absence of his out-of-commission one. It is difficult to listen to the Arts Music Building field recording after listening to Doyle’s “Bloodwork” and not imagine her sitting there, patiently waiting — well, perhaps not patiently — to heal enough to get back at it.