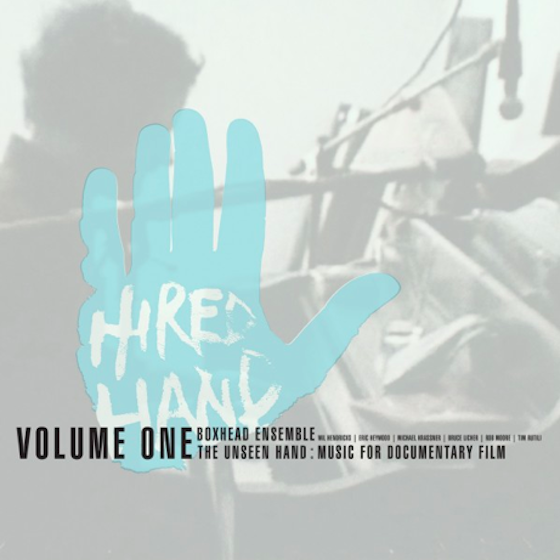 The best of the group Boxhead Ensemble has always been the sound of a band just tuning up, a band just on the verge of a song beginning to gain traction, but holding back as if by some tantric popular-music attenuation, the instruments — generally those of a homespun country outfit, all fiddle, harmonica, guitar, trap-set drums — slowly joining in unison, but never quite proceeding to a proper song. That is no less the case than ever than on the recently released The Unseen Hand: Music For Documentary Film, which just popped up this week on Rdio, though not yet on Spotify. The record label that released it, Hired Hand, posted two sample tracks from the album back on July 18, according to its Facebook page, and that material was only, to date, liked twice and shared twice. In fact, as of this writing, there are just 19 results on Google for a search that combines “unseen hand” + “boxhead ensemble”: a wrong that needs to be righted. The band toured a series of living room shows earlier this year with Califone. While the full Unseen Hand release is streaming on Rdio, the two tracks remain available for free download: the characteristically atmospheric “Western Wishes Intro,” with which the album opens, and the slightly more structured, though only by degrees, “Adriano’s Theme.” Neither track evidences that as many as a half dozen musicians are present; listed on the cover are Wil Hendricks, Eric Heywood, Michael Krassner, Bruce Licher, Rob Moore, and Tim Rutili. More on the release at hiredhandltd.wordpress.com, which is selling a limited edition of 330, which includes three extra tracks. And, yes, I’ve ordered a copy.