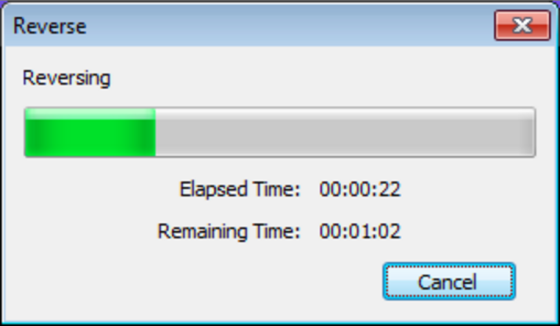 The “spotlight” feature on SoundCloud is how a given individual account can highlight tracks, raising up to five of them to the top of the account page. The spotlight feature can also hide new tracks in plain sight. If you pay attention regularly to a given account, you’ll often peek below the spotlight to see what is new. However, new tracks don’t appear at the top of the regular feed if they’re — well — already spotlighted.

All of which is a roundabout way of saying several new Aphex Twin tracks popped up recently on his soundcloud.com/user18081971 account, in addition to the revised “Avril 14th” I mentioned earlier this month. In fact, perhaps my single favorite post-seclusion track is among the recent uploads. The track was part of the original Aphex Twin SoundCloud mother(up)load, back when he was disguised as user48736353001, before becoming user18081971. And then for awhile it disappeared, as his tracks are wont to do. Here it is:

What it is is Richard D. James playing his much loved, oft-sampled, movie-accompanying “Avril 14th” — originally on his 2001 album Drukqs — backwards. Now, there are backwards versions of many of James’ tracks, including all of Selected Ambient Works Volume II, floating around, especially on YouTube. Backward listening provides lots of insight, and not all of it Satanic. It gives the listener a sense of structure and tonality apart from the original. But this version isn’t simply “Avril 14th” reversed by a fan in Audacity. What it is is all the notes of “Avril 14th” played backwards in sequence, by Aphex Twin himself. The brief accompanying track note states:

What’s funny about this distinction is that he goes so far as to make that the title of the track: “avril 14th, notes played backwards, not the audio.” And what results is unmistakably reminiscent of the original, but as if played with gloves on, the melody half-remembered. And it is absolutely beautiful. Music can be over-heard all too easily, and it’s remarkable how simply hearing the notes in reverse order provides comfortable proximity and yet the freshness of something somehow new.

Another recent Aphex/user18081971 highlight is “Th1 [evnslower].” It is just that, the track “Th1 [slo],” which appeared about nine months ago on the account, slurred and unscrewed: the original 6.5-minute drone stretched to nearly twice its length:

The original “Th1 [slo]” was part of the Selected Ambient Works Volume 3 beta playlist’s starter set that I first put together, and the “[evnslower]” edit has, of course, been added to the playlist, bringing the set to 14 tracks total: