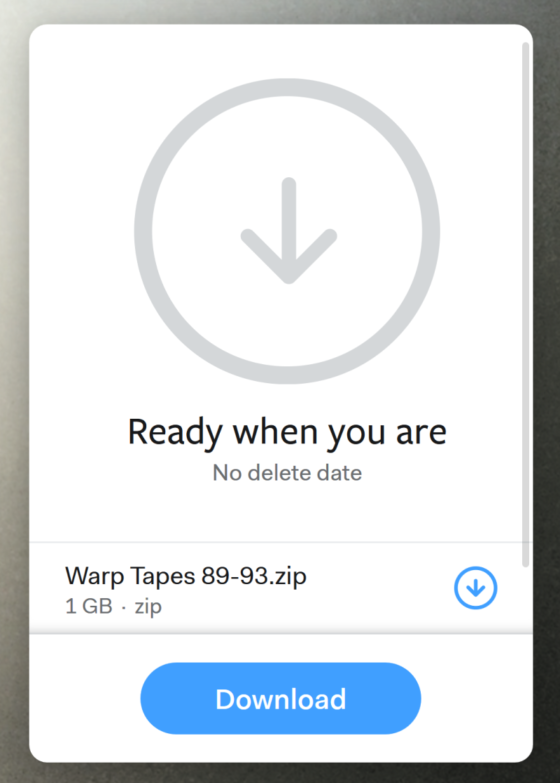 Listening to these early Autechre recordings is like the start of the old movie Gremlins, when those little fuzzy beasts are still all cute and friendly. You know, before the various rules are broken and they turn into frightful, feral, and even more memorable itsy bitsy monsters. The rules, if you don’t recall: no bright lights, no water, don’t feed after midnight.

When I first made that joke on Twitter earlier today, I accidentally typed “fuzzy beats” instead of “fuzzy beasts.” The error was, no doubt, Freudian, for the beats comprising these early Autechre recordings are, indeed, fuzzy. They’re fuzzy like an adolescent’s chin. A few years would pass before the Autechre, the duo of Sean Booth and Robert Brown, would gain the electronic-music equivalent of a full beard. Before they showed their true, feral side.

What early Autechre recordings, you may be asking? This past weekend the duo was part of the three-day residency in which the Warp Records label took over the British online radio station NTS (nts.live). Autechre shared two hours of audio dating back to 1989 and up through 1993. Subsequently the audio, in the form of a single zip archive that weighs in at well over a gigabyte (it contains two separate .wav files, each exactly an hour long), was posted for free on Autechre’s page on Bleep, which is Warp’s long-running digital-audio storefront.

To access the tracks, go to autechre.bleepstores.com and scroll down to the bottom, which at the moment means directly below the five thumbnail images, vaguely reminiscent of Joseph Albers’ covers for Enoch Light’s Command Records label, representing the elseq 1-5 collection from 2016. The link goes to an Autechre page on WeTransfer, which provides push-button access to the audio.

The music is almost entirely vocal-free, with some occasional spoken and sung samples, notably on the first of the two tracks. The emphasis is beats, here in the form of contrarian glosses on hip-hop and various club styles. You’ll recognize the period drum machines, but you’re hearing them in a slightly different context. To a degree, that context is far more recognizable in hindsight, in that at times you can hear antecedents of the harsher, stronger, more abstract Autechre to come, notably a favor for metallic percussion, and the deep pleasure of putting those thudding rhythmic elements through a sequence of filters. In this period, Autechre wasn’t quite breaking rules yet, but they were sure getting ready to.