Having published a book in the 33 1/3 series, I occasionally get inquires from writers who want to propose 33 1/3 books of their own. My advice is generally the same: pick an album with a sizable audience, an audience that can be expected to want to read something detailed, and be sure to have a point of view on the topic. Less frequently does the individual actually go ahead and write the proposal. Joel Ebner completed his proposal for a book he intended to write about Confield, the 2001 album by the British electronic duo Autechre. When the proposal was rejected, I suggested to Ebner that his sample chapter might find a home on Disquiet.com, and he said yes immediately.–Marc Weidenbaum 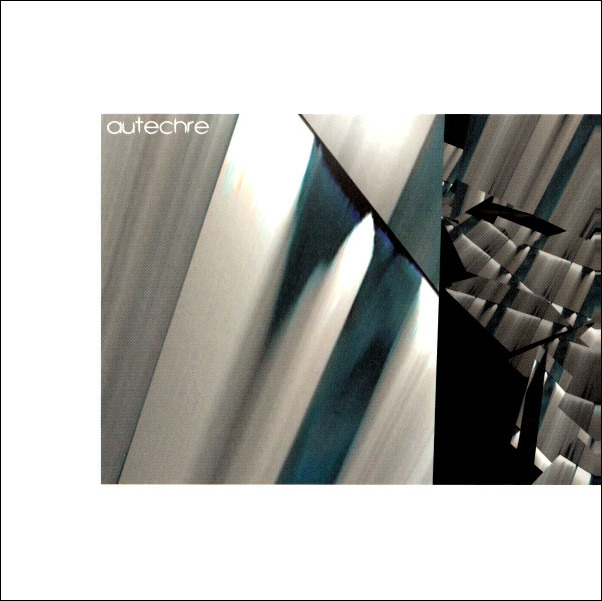 “There is this notion that electronic music is not human because it is artificial. I think it is intrinsically human. I haven’t seen or heard of any other species who use computers. They are uniquely human things.” –Sean Booth, 2018

After a moment of hushed digital static, Confield begins with the sound of a beat accelerating, the very notion of linear rhythm multiplying towards infinity, the laws of basic arithmetic graduating into exponential functions.

For the next two minutes, “VI Scose Poise” tests the limits of a single type of sound — iterations on a stuttering, metalloid pulse which gets stretched and reconfigured into dizzying arcs of free rhythm: the sounds circle one another like electrons, jockeying for headspace, unexpectedly changing direction and velocity; dueling meters fall in and out of phase with one another before colliding, combining, and disappearing; new pulses emerge from nowhere, deformed by the pull of sinusoidal shifts in frequency and pitch, seemingly pulling away at the fabric of time.

It’s a bracing start to a spectacularly strange record, a statement of purpose announcing the fact that Confield is a very different kind of album than we might have been expecting.

Either by design or by default, Autechre spent the early part of their career pushing against the boundaries of techno, electro, and hip-hop while still following many of the basic rules of those genres. That’s especially true with respect to beat: for all of the rhythmic innovations found in their earlier work, Autechre’s still tended to parse their arrangements of kicks and snares into quarter notes, eighths, sixteenths, and so on — ever more granular, but quantized. Increasingly, they put the deterioration of those interlocking cogs on full display, but cogs they were, fixed in place and turning in unison — a machine corroding over time, slowly.

The opening of Confield does away with all of that. Instead, what we hear transforms the repetitive, rotational gear-grinding of Tri Repetae and Chiastic Slide into a study of complex systems, the sounds of neural networks and telecommunication hubs. Booth and Brown seem especially careful about how they open each of their albums; though it’s unclear what their intentions are here, if they had had any hopes of disruption, then their efforts were a success. The effect — both as an isolated listening experience and with greater respect to their evolution as producers — is jarring.

At the 1:57 mark — nearly a third of the way through the song’s seven-minute runtime — an electric piano enters the frame. With a spare, minor pentatonic line, the piano instantly balances the shock of “VI Scose Poise”‘s rhythmic calculus, providing reassurance that Confield still contains the DNA of Autechre’s earlier recordings. As the track progresses, however, “VI” once again starts losing its balance: the melody begins to mutate, modulating between three- and four-note phrases, adding one-off flourishes, changing rhythmic emphasis. What’s more: the piano, too, seems unwilling to conform to a strict tempo. Instead, it follows its own pace, speeding up and slowing down at will, imparting an expressiveness typically associated more with classical composers like Frédéric Chopin than with contemporary electronic artists. (The technical term for this style of playing is tempo rubato, or “stolen time” in Italian.)

It’s easy to miss just how unusual this is. Before Confield, nothing in their body of work had approached melody in this fashion before. Even if the melodic tone of “VI Scose Poise” bears more than a passing resemblance to Tri Repetae-era classics like “Overand” and “Vletrmx21,” the rhythmic sensibility of the piano gives us something far looser than those tracks — it implies a degree of freedom that we associate not only with a humanistic style of music but literally with human performers.

Rethinking the full arrangement with this in mind reveals something interesting: it’s not just the melody that moves through the song with a more naturalistic sense of phrasing — everything here is acting and reacting, conversing, evolving. With both beat and melody given the latitude to behave on more human terms, the song presents us with music that sounds at once more unsettled and at ease, resulting in an uncomfortable paradox: though we are generally welcoming to melodies which offer the lilting romance of jazz or classical, it’s profoundly strange to hear percussive sounds operating with this kind of freedom. That’s especially true when so much of what we’ve heard of Autechre’s past work had been predicated on metronomic forms like techno, electro, and hip-hop. “VI Scose Poise” is the uncanny valley of electronic music — we expect our beats to operate with the pulse of machinery; when the resemblance gets too much like people it freaks us out. Moreover, the piano is never allowed any space to be heard on its own. We spend nearly a third of the song’s intro with those dizzying, electromagnetic anti-rhythms, and in the last twenty seconds of the track we get one more solo from this aspect of the arrangement. The melody, for its part, is only heard with respect to the other, responding to a chattering rhythm that acts of its own free will; the resulting interaction between the two, though often beautiful, is ultimately disruptive for the piano, disruptive for us.

At the time of this writing, computer processing power is roughly one-twelfth the speed of the human mind. (It is estimated that the human brain processes information at roughly one exaFLOP — a billion billion calculations per second. In June 2018, the U.S. Department of Energy’s supercomputer, the Summit, reached 122.9 petaFLOPs, where one exaFLOP is equivalent to one thousand petaFLOPs.) It’s estimated that computers will have intelligence on par with humans by 2029. We aren’t there yet, but it’s ironic that Autechre shows us not just a metaphor but literally a product of our path toward that landmark.

One of the critical moments of their early career was their inclusion on the 1992 Warp compilation Artificial Intelligence. According to Autechre, Warp label founder Rob Mitchell’s title for the series was a provocation — neither fans nor detractors got the joke, instead taking the series title as a commentary on the intellectual brilliance of the music, the people who made it, and those who enjoyed it. With decades of hindsight, it’s possible to extract something more serious from Mitchell’s title, and also recognize that our interpretation excluded the one variable of the equation hiding in plain sight: the intelligence of machines. Maybe it was simply too obvious at the time — after all, the term “artificial intelligence” literally refers to the cognitive function of computers — but we are now living in a reality where the notion isn’t simply an outlandish concept for an abstract future; it’s actually on the horizon. If that’s true, then the linearity of Autechre’s earliest recordings might be just a bit too perfect, a projection that captures the spirit but not the intricacy of a technologically advanced society. By comparison, “VI Scose Poise” reminds us that if machines are rapidly mirroring human thought and behavior, then the unfolding relationships between people and computers are bound to be messy, beautiful, and very, very complicated.

Joel Ebner (twitter.com/joel_ebner) is a musician, artist, and designer. Formerly a writer for Pitchfork, his music — made under the names Avvenir, Contretemps, Modal Voices, and City States — has been featured by Popmatters, Impose, and Spotify’s Fresh Finds playlists. He lives in Chicago with his wife and their Shiba Inu, Bowie.