There’s a chance you’re reading this website for the first time, as a result of a link from the discussion I’m participating in this week at artsjournal.com/gap about Lawrence Lessig’s recent book, Remix, hosted by Molly Sheridan. By way of introduction, Disquiet.com is focused on ambient/electronic music and related sound art, much of which is closely related to the subjects of Lessig’s writings in Remix and elsewhere. Each weekday on Disquiet.com, in this Downstream section, I single out a freely downloadable recording for recommendation. These are all tracks that were intended for free download by the musicians, record labels, and other hosting bodies that made them available.

Today’s entry, for example, was recently released on a record label named IOD. Based out of Paris, IOD was founded just over two years ago by Alexandre Navarro and Sasa Vojvodic. It’s a subsidiary of a traditional label, SEM, which releases music on compact disc for purchase. IOD, by contrast, is what has been come to be called a “netlabel,” which is to say, a record label that makes its music available entirely for free download. There are hundreds upon hundreds of these netlabels, many of which make remarkable music that exists apart from the traditional economics of the music industry.

For further background on the mechanics of netlabels and the inspiration of their participants, you might give a look at “Free as in Netlabel,” a group discussion I led several years ago with the founders of the uniformly excellent netlabels bitlabrecords.com/cod, darkwinter.com, and monocromatica.com/netlabel. 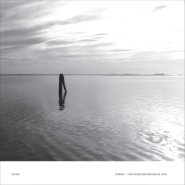 The piano that makes itself heard through “To the Surface,” by Tokyo-based musician Fjordne, alternates back and forth between being a full, sensuous presence and playing a game of digital hide’n’seek. The chords and individual notes are luscious — yet often as not, they come to the listener partially broken, whether flitting between the two speakers (or ears, if you’re in headphone mode), or as a result of Fjordne’s softly glitching electronic mediation, which renders the tones in fragments and slivers. The melody here functions like elements appearing in memory — thus, even as the piece moves forward, its individual parts have the aspect of things being tentatively recalled (MP3).

“Passing the Blue,” the other piece on Fjordne’s recent IOD netlabel release, Light Passed On Through the Layer, is more deliberately song-like. A slow, deeply watery melodic line traces its way through echoing chambers, reminiscent at times of Harold Budd’s work with Cocteau Twins. Especially impressive is the slowly building sense of compositional development that occurs during the course of the piece’s nine and a half minutes (MP3).