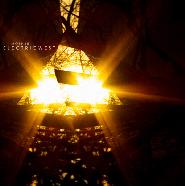 In our current moment of near-simultaneous real-time data, the Internet is a place where things are constantly remixing themselves, often before we have a chance to experience the “original,” which is, to be clear, more of then not itself based on pre-existing materials. The netlabel archaichorizon.com embraces this fact with its most recent release. It consists of two sets of tracks: 11 by Electricwest, with the collective title Moth3r, and then 11 remixes, a different artist having taken on each of the “original” cuts. 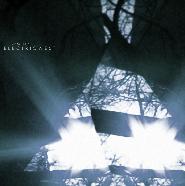 Many of the remixes simply extend the more surface pleasures of the originals, but there are notable exceptions. Take the opening track of Moth3r, “Goddess.” It’s a mix of raspy beat, mournful single-note melodic line, and all manner of little sonic filigrees, like frizting squeaks and momentary vocals (MP3). The accomplished remix, by Celer, is something else entirely — it sounds like the original heard toward the end of its death throes, the beat removed entirely; all that’s left is an eerie drone penumbra surrounding a fading throb (MP3).